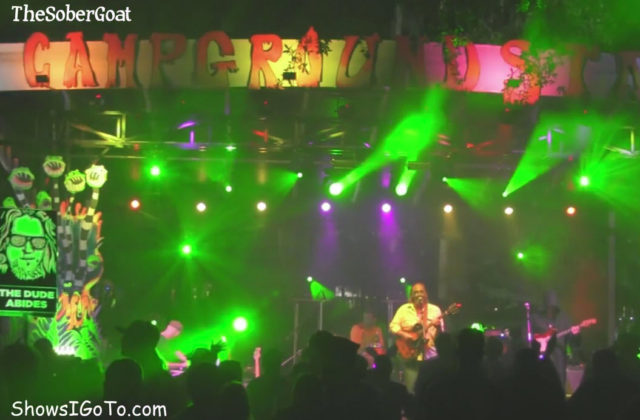 Once again, The String Cheese Incident hosted the greatest Halloween party ever at their annual Suwannee Hulaween festival upon the magical grounds of The Spirit of the Suwannee Music Park in Live Oak, Florida. The lineup could not have been more stacked and the place could not have been more packed. A record sold out crowd gathered for four days, communally basking in the best in funk, rock, reggae and electronic tunes, including Umphrey’s McGee, Spafford, Mike Gordon, Joe Russo’s Almost Dead, The Disco Biscuits, Earphorik, and Lettuce.

Arguably my favorite local band, Shak Nasti have been a staple in the Orlando music scene for several years, ripping holes in the space time continuum at many of O-Town’s greatest venues including Tanqueray’s, Will’s Pub, St. Matthew’s Tavern, and The Plaza Live just to name a few. Not only are these dudes some of the area’s most talented musicians, they are also some of the coolest guys around. As bassist Matt Lapham put it on one of our recent interviews with them: “We plug in stuff, make noise, talk about arrangements, tell funny stories, and sometimes fart.”

Shak had a pretty good time slot at the festival this year, Saturday night from 8:30 to 9:30. This was between String Cheese Incident’s second and third sets that night, and at the same time as Nick Murphy (Chet Faker) and Future Rock. Easy decision on my part; however, I missed the beginning and end of Shak’s set because I was going to and from the Meadow Stage for Cheese’s sets.

Watch the middle segment of Shak Nasti’s set, courtesy of The Sober Goat!