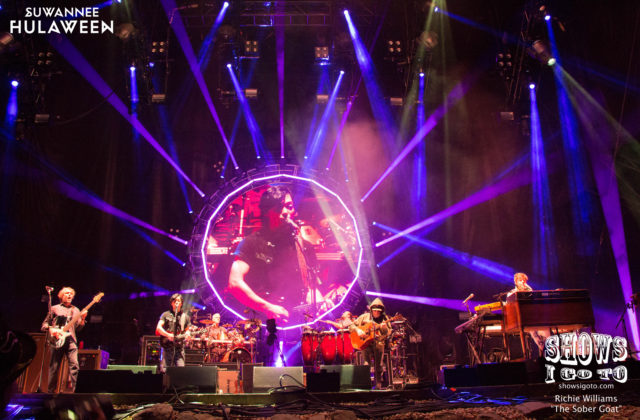 Once again, The String Cheese Incident hosted the greatest Halloween party ever at their annual Suwannee Hulaween festival upon the magical grounds of The Spirit of the Suwannee Music Park in Live Oak, Florida. The lineup could not have been more stacked and the place could not have been more packed. A record sold out crowd gathered for four days, communally basking in the best in funk, rock, reggae and electronic tunes, including Umphrey’s McGee, Spafford, Mike Gordon, and Joe Russo’s Almost Dead.

The String Cheese Incident played seven sets throughout the weekend, including two on Friday, three on Saturday (including the special “Night Of The Loving Dead” costumed love-themed cover set featuring guest collaborators), and two on Sunday.

Watch the second set from Saturday (minus the last song), courtesy of The Sober Goat! Enjoy the sweet sounds as well as the vivid visuals from the lucid lights and lasers.

THANK YOU FOR ANOTHER MARVELOUS HULA!!!