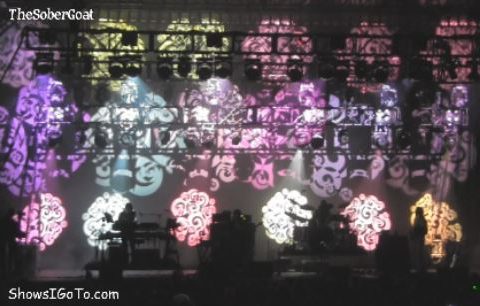 Once again, The String Cheese Incident hosted the greatest Halloween party ever at their annual Suwannee Hulaween festival upon the magical grounds of The Spirit of the Suwannee Music Park in Live Oak, Florida. The lineup could not have been more stacked and the place could not have been more packed. A record sold out crowd gathered for four days, communally basking in the best in funk, rock, reggae and electronic tunes, including Umphrey’s McGee, Spafford, Mike Gordon, and Joe Russo’s Almost Dead.

The Disco Biscuits play a sweet Saturday night set from 11:00 PM to 12:30 AM right after The String Cheese Incident perform their special “Night Of The Loving Dead” costumed love-themed cover set. Bisco has to compete against the same time slot with Run The Jewels, which was a tough choice for many but split the crowd up nicely as a lead up to either Damian “Jr. Gong” Marley or Spafford. 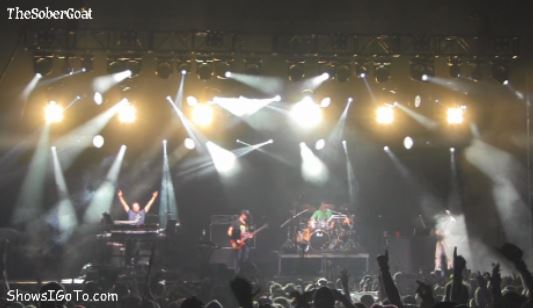 Watch a good chunk of the second half of Bisco’s set, courtesy of The Sober Goat! Video starts with the ending of “Above The Waves” and then begins a seamless dance of “The Very Moon” into “Orch Theme” into “422” sending eveyone into a blissful trance.

* First time played; cover of the theme from “The Exorcist” (Mike Oldfield)
** Ending only