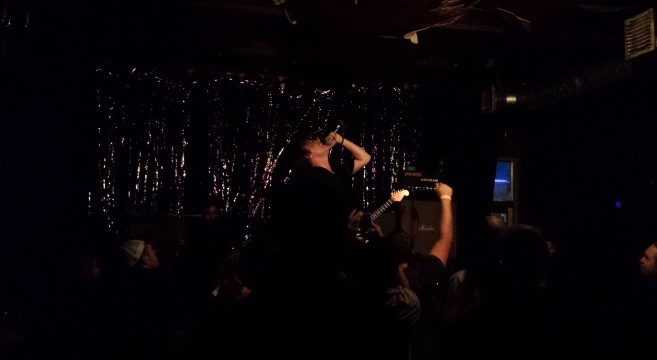 Almost every time I tell people how much I fucking love Local H, they give me this puzzled look like “How have I not heard of them?!” I then follow up with the question “You know that song ‘You just don’t get it… ya keep it copacetic…’” And then I’m normally met with wide eyes to coincide with their “Oh Shit!” moment. Yes. That’s Local H. Yes, they are still around. And Fuck Yes, they absolutely rule.

I had the sincere privilege of interviewing Scott Lucas, frontman of Local H, before the show. He talked about being attacked and mugged in Russia, a new project with Jimmy Chamberlain from The Smashing Pumpkins, and a lot more. Check out the Scott Lucas | Local H Interview here.

I’ve seen Local H four times now. Every single time, I find myself listening to their albums on repeat for the weeks, yes weeks, following their show. It’s like being slashed open. A battle wound from something you would consider “worth it.” Like saving a kitten from a burning fire or slicing your finger open with a wine glass to win the love of a significant other. It’s quick and bloody and painful and you smile. The opening spills and stings and constantly catches your mind over the next couple of weeks. The pain eventually fades. The wound becomes a scar. A scar becomes a memory. And a scar usually provides a good fucking story.

Local H has been around for almost 25 years now. Still a two piece, Scott Lucas takes on three responsibilities in the band – Vocals, Guitar, and Bass. How does he play guitar and bass at the same time? Well, he has two ¼ inch jacks on his guitar. One goes to his guitar amps (yes there are two) and one goes to a bass amp. The wall of sound he creates is fucking incredible. Here’s a shitty pic: 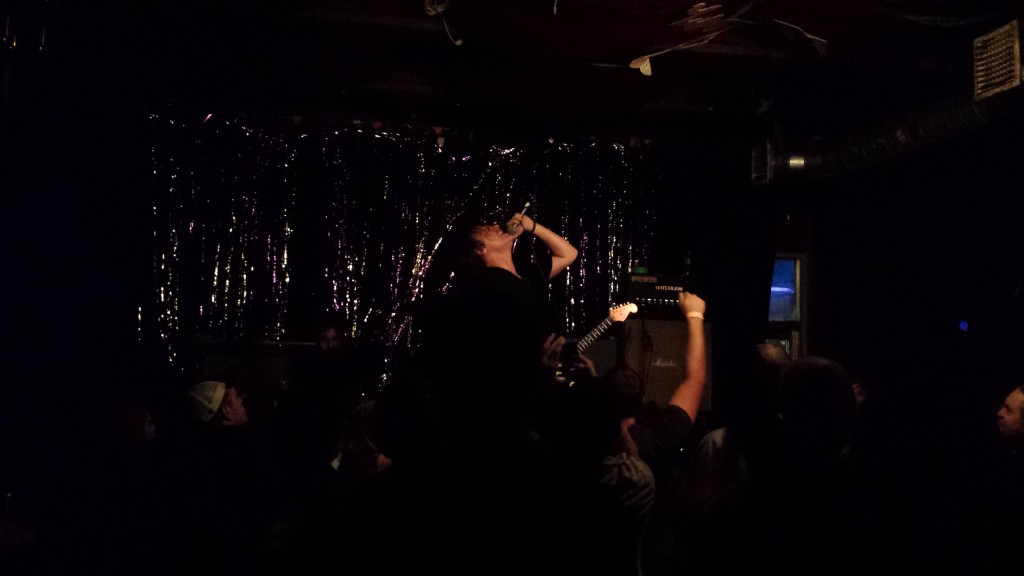 Halfway through Local H’s set at Will’s Pub, Scott was handed a Yuengling tall boy by a fan. He took a gulp out of it, then turned it upside down… All of this dude’s shaved head. Since I was too far back to see the initial interaction, I was uncertain as to what would happen next. For a split second I thought “Oh shit, this dude is about to get onstage and whoop Scott Lucas’ ass.” But thankfully, that didn’t happen. The drunk dude with the shaved head was totally into it. He threw his hands up and yelled “Yeahhhhhhhhhhh!” He thought it was fucking awesome Scott Lucas was pouring a beer on him. Check out “High Fiving Mother Fucker” by Local H: [How could you resist with a song title like that?]

Local H put out a new album entitled Hallelujah! I’m a Bum in late 2012 (damn, that seems so long ago now). The second song on the album, “Cold Manor,” has such a great feel to it. Scott directed a video for the song. If you haven’t listened to Local H in years, this is a great album to pick back up on. It’s very well done and there’s 17 songs! Check out “Another February,” “They Saved Reagan’s Brain,” and check out the video for “Cold Manor” by Local H:

This was their first time in Orlando with their new bearded drummer, Ryan, who joined the band in 2013. He’s much different than Brian St. Clair – who was with the band for 15 years, and Joe Daniels – who was in the band for 9 years before Brian. Ryan has a fundamental energy about him. He does beat the shit out of his drums but he still manages to flawlessly play all of the driving beats Brian St. Clair and Joe Daniels wrote. Scott and Brian picked a well fitting replacement.

My ears were still ringing the next morning when I crawled out of bed. I put Local H on Spotify as soon as I arrived to work. I guess there’s not a lot of good rock bands left. Holy shit, Local H covered “Team” by Lorde! It absolutely ruled. They put out a covers album a few years back entitled Local H’s Awesome Mix Tape Volume 1 and I confirmed with Scott during our interview that he was working on Volume 2. The big hits on Volume 1 were Toxic by Britney Spears, yes, seriously, and Wolf Like Me by TV On The Radio. Check that shit out – Wolf Like Me by Local H:

At the end of their set, Scott Lucas crowd surfed off stage and rode all the way to the merch booth! It was so fucking awesome. He immediately began selling shirts and CDs. He almost always does all of his own merch. He willingly signs whatever fans have to offer and reluctantly takes selfies with others. It was pretty cool.

Local H’s music is timeless. Every show I’ve been to has been the best Local H show I’ve ever been to. They have this shit down to a science. They’ve experienced it all. They know what to play and when to play it. They know how to fucking perform and deliver, just like a great rock band should. Don’t miss an opportunity to see Local H if they come anywhere near you. It’s never a bad time.