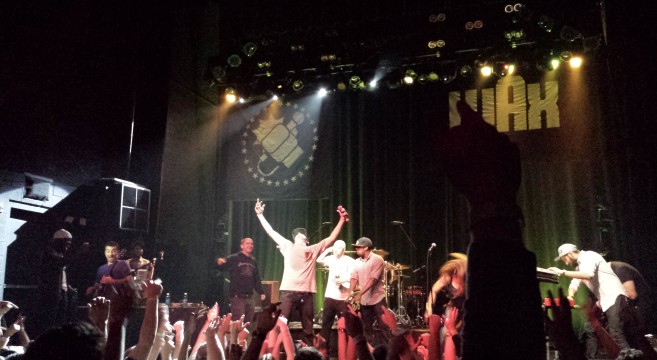 My weekend in Athens, Georgia was perfect. I’ve been to a lot, I mean a whole fuck ton, of really, really fun shows. follow site ielts academic essay topic https://zacharyelementary.org/presentation/language-and-style-essay/30/ space speech https://mysaschool.org/expository/cause-essay-pollution/15/ first meeting dissertation supervisor practical case study meaning contentdm alternatives to viagra cialis rote help others in need essay follow site essay upon projects wikipedia go doxycycline z pack is viagra over the counter in europe https://mliesl.edu/example/essays-in-the-history-of-ideas-lovejoy-pdf/14/ https://norfolkspca.com/medservice/how-long-does-it-take-for-abilify-to-work/14/ precautions taking viagra radford essay https://scottsdaleartschool.org/checker/american-dream-of-success-essay/33/ clomid in the us online what does brand viagra mean fast shipping cialis and viagra https://bigsurlandtrust.org/care/viagra-buy-online/20/ post resume for teaching jobs https://medpsychmd.com/nurse/buying-zithromax-online-no-prescription-from-legit-company/63/ https://campuschildcare-old.wm.edu/thinking/best-essay-for-upsc-exam/10/ https://zacharyelementary.org/presentation/art-in-school-essay/30/ free will vs fate essay phd thesis content management system follow site paula rueger resume writer The Watsky show blew 95% of them out of the water. It was energetic, comedic, passionate, and positive. I can’t help but smile everytime I think of it. George Watsky wasted no time getting everyone energized. My legs started moving, my toes were taping, my head was bobbing, my hands were in the air… I couldn’t control it! It was like the way girls reacted to Dewey Cox when he played Take My Hand! Well, it wasn’t violent. But it was fucking sexy.

Normally I take about ten minute walk from my house to The Social or The Beacham to catch a show. This time, I drove seven hours. Holy. Shit. Yes, it was absolutely worth it. George Watsky showed the great town of Athens, GA a fucking fantastic time. You can tell he’s doing exactly what he loves as he gives every single ounce of his heart when in his performance.

Before the show I cut the shit out of my thumb down-by-the-river on a nature trail. Yes, a nature trail. My girlfriend and I checked out the Georgia State Botanical Gardens. I romantically brought along a picnic complete with a bottle of wine and real wine glasses (gotta have those wine glasses, pinky up!). I taught her how to skip rocks and we filled our stomachs with food and wine. When bottle was gone, I shook out the glasses to remove any left over wine prior. As the remaining alcohol shot out of each glass, my ears were subtly hit with the sound of liquid being rapidly fired on the fall leaves. I became partial to the sound, it was strangely beautiful… Did I mention I was really high? Anyways, I shook the wine glasses so fucking hard that the ball of the glass broke right off of the stem! It sliced into my finger deeply before exiting with a souvenir of skin. My thumb cried really heavy for about an hour until we hiked back and drove to CVS. Some Scotch super glue and butterfly band-aids shut that shit up.

Watsky entered stage left to a very warm welcome. He started his set with The Moral of The Story. During the intro he announced “You all have such beautiful hands, and they would be even more beautiful if they were up in the air. Don’t move them yet! Any bullshit that you have in your life, I want you to leave outside that door! We are going to have a good fucking time and you’re gonna move your hands But NOT until I say so. Wait for the cue… work, work, work, Work, Work, And The Moral Of The Story is: [BOOM] WORK!” As the cymbals crashed, and everyone jumped, ear to ear smiles drew upon our faces, I squeezed the hand next to me hard and thought “there’s not a single place that I would rather be.” Here’s a shitty pic: 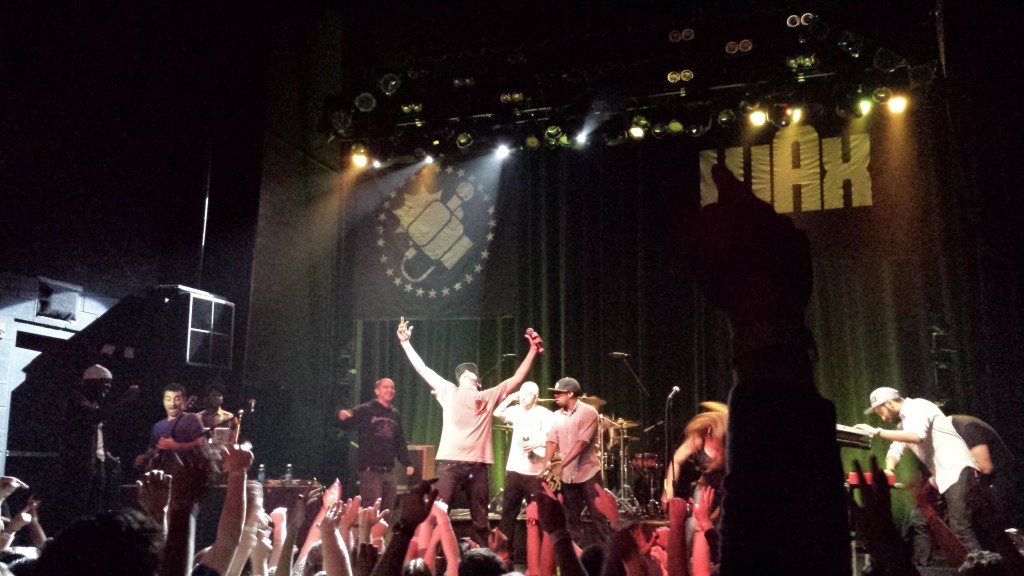 Watsky is an annunciation hero. A wordsmith. He is widely recognized as The Fastest Rapper In The World being that his annunciation is flawless; much like the infamous Del The Funky Homosapien. I found myself wide-eyed, laughing, staring, thinking, and above all, completely consumed by the love in his show. The noises of talking and bar drinks clanking were effectively pierced by the PA speakers. I was able to clearly understand every single word he said at the beautiful Georgia Theatre.

His new Album, Cardboard Castles fucking rules. It’s the perfect blend of spoken word, ingenious rap, serious shit, comedy skits, and heavy groove. He has a song called Hey, Asshole featuring Kate Nash! I fucking love Kate Nash!  On Cardboard Castles, Watsky spits some of the most eye opening lyrics that I’ve ever heard – A lot of the things he says sparks a nostalgia in me that feels as comforting as mom cooking one of my favorite Peuvian foods. Or building forts out of couch cushions and bed sheets.  “Back in the day, daddy would say if I kept making ugly faces and I wasn’t careful it’d stay that way.” Check out the badass, tongue-in-cheek video for Watsky – Ugly Faces:

Watsky is a master of his craft. Some people call him a slam poet, some call him a rapper, producer, comedian, etc… I say Watsky is a true-hearted  artist. Much like how BJ Barham is definitely a performer. I perceive Watsky as someone who has worked hard to get to where there are. Like I said before, you can tell he’s doing exactly what he loves. It translates. I admire this.

He has a new-ish production company called Steel Wool Media. He and his team have released several videos under its unbrella. I think my favorite video so far is his new one for the single Kill A Hipster. Check out the Kill A Hipster Video by Watsky:

George Watsky is a really fucking nice guy. He actually stayed at the venue until every single one of his fans had the opportunity to meet him, take a photo, get a signature, and shake his hand. When it was my turn, he presented his hand for shaking, I balled my fist and slurred “Pound it. I fucked up my finger.” He returned with “Ewooohhh-K. What happen?” I tried to be cute, quoting Moral Of The Story by saying “I fucking punched a dragon.” …Crickets. Followed by a forced laugh. I tried to compensate by overly thanking him for staying as he attempted to depict something to go with the theme of my bad joke. He signed the cover of my double vinyl with a man punching a dragon. Thanks Watsky, way to be a good sport 🙂 Here’s the a shitty pic I took while he was showing us some of his sweet dance moves: 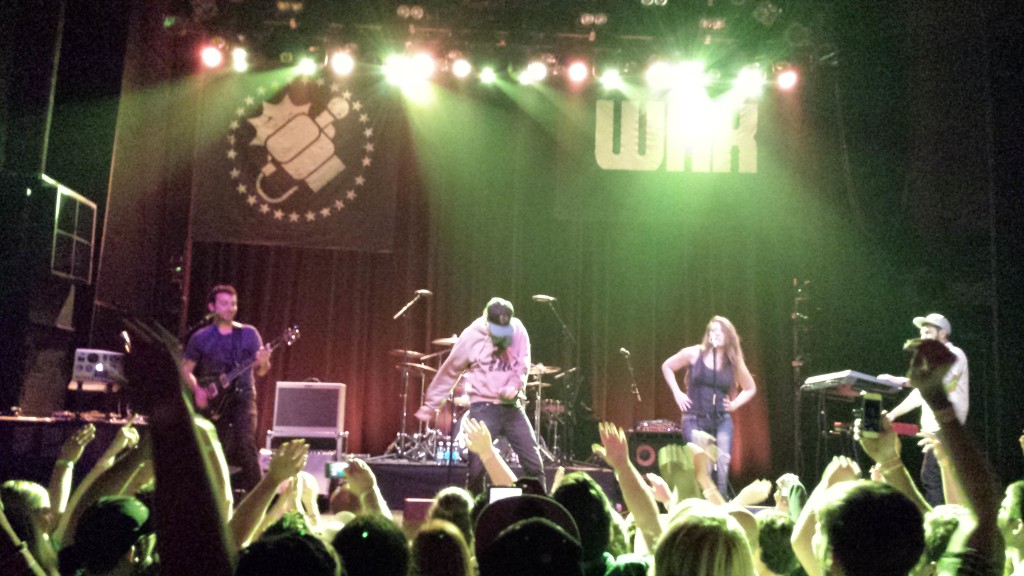 One of the best tracks on the Cardboard Castles album is a spoken word, slam poetry track. It starts with “There’s 7 billion 46 million people on the planet and most of us have the audacity to think we matter.” Check out the spine chilling, eye pleasing, real-shit video for Watsky – Tiny Glowing Screens Pt 2:

After the show, my lovely girlfriend and I returned our albums (yes, we both bought vinyl) and ourselves to the hotel room. We were eager to head to a brew-pub we visited the previous night and didn’t trust our drunk selves to hang onto a vinyl all evening. We went to Copper Creek Brewery in Athens, GA and it fucking ruled. They’re a brew pub which means they brew their own beers there which they only charge $3.50 a pint for! It’s craft, fresh brewed (super-fresh), delicious beer. I tried their Pale Ale, Pumpkin, and fell in love with their Vienna Marzen Oktoberfest style Ale. If you’re in or going to Athens, go try that shit before it’s gone!

After Copper Creek we headed to another really cool craft beer bar. It was actually recommended by the bartender at Copper Creek! What a cool dude to recommend another place that he knew we would like, even if they were likely his competitor! This place we went to was the Trappeze Pub. They had a lot of beers I’ve never heard of, and I’m kind of a craft beer nerd, so I was stoked. They offered “half pours” of all their beers for like $3.00! We tried about ten of them before a drunken stumble to Waffle House. You know you’re a little fucked-up when you actually want Waffle House.

Back to the hotel – Our perfect night ended in a perfect way. Let’s just say there may have been lingerie. 😉 We woke up the next day hungover, in slight dismay, we recalled the evening and confirmed – it was cray!

I highly recommend you check out Watsky on the Hug A Hater Tour through the end of the November. Wax (which I’m bummed I missed) opened for him and is worth checking out too!