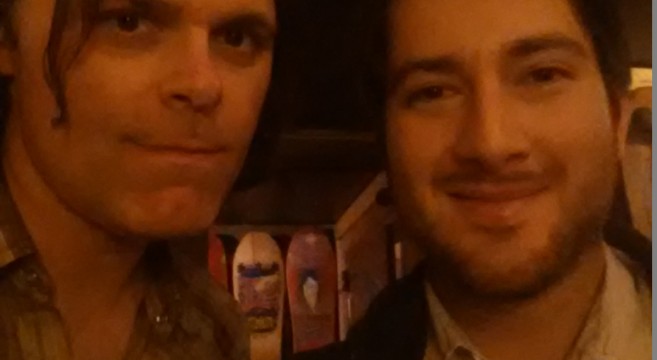 “This is literally like a dream come true.” Scott Lucas talks Russia, covering Lorde, Vinyl, Amp Heads, a record “far more personal than 12 Angry Months” and a new project with Jimmy Chamberlain from The Smashing Pumpkins.

Mitchel: I’m Mitchel Foster and I’m here with Scott Lucas from LOCAL H. Scott, first thing: Thank you so much for taking the time to do this man. I really appreciate it.

M: I know you were brutally attacked and mugged last year in Russia. And you sustained some injuries to your vocal chords.

M: So, how have your vocal chords healed since the attack?

S: It gets better. Every month, you know, it’s just getting better and better. When I came back from that [Russia], I couldn’t sing at all. So, we had to cancel a leg of the tour and, we’ve never done that before. So that really sucked. But even when we went back out there just a lot of songs that I couldn’t do yet. But that’s getting better all the time.

M: Good. How often do you think about that day?

S: How often do I think about it? [laughs] Uh, It’s fine. I don’t think of it as something that was especially traumatic. I mean the only thing that really sucks about it was that we had to cancel a tour.

S: You know what I mean? As far as I’m concerned, now it’s just a funny story of something that happen to me.

M: Do you plan on writing anything about it musically or anything like that?

S: I don’t think so. You know, I can’t think of what I would say about it.

M: Yeah, cool. Thank you. In 2008, you put out a record called “12 Angry Months.” And I know this was a very personal record for you. With each song being dedicated to each month in the calendar year, post a failed relationship, correct?

M: So why type of therapy would say writing a really personal record like 12 Angry Months provides?

M: Yeah. Well with that being said, is it emotionally difficult to perform any of those songs live? Particularly September: Simple Pleas.

S: No, no it’s all fine. You know, every once in a while I catch myself thinking about something but that’s like anything. All songs remind you of something else.

M: Cool. Thank you. Um, so Local H has been around for [almost] 25 years now. So, what is Scott Lucas’ inspiration to keep writing and recording and playing live?

S: Um, I don’t know. I just enjoy it. You know? I imagine that I’d probably write songs still even if it wasn’t my job, ya know? But at this point it’s kinda who I am and I’m fine with that. I’ll hear somebody say “I don’t want this just to be who I am.” And I don’t really understand that kind of thinking. I can’t really separate myself from this band [Local H].

M: So it sounds like you put your entire self into it. Local H is you. In a sense.

S: More of less, yeah, in some sense.

M: Cool. Well, let’s get nostalgic. What is one of the most emotionally memorable shows you’ve ever played and was it a festival or a small venue or something else? Something that sticks out.

S: Probably getting to play a show at the first place that I ever saw my first concert was pretty cool. Because there was a moment where you were playing [and] that was a real full circle moment. Where you’re like “alright, this is literally like a dream come true.” And it was nice to be able to recognize that as it was happening and really enjoy that.

S: Well, I don’t believe that. Um, well, we don’t always perform it [Bound for the Floor]. The last tour we did, we didn’t perform it.

M: I saw that in setlists, you omitted it a few times.

S: Yeah, so if we don’t feel like playing it, we won’t play it. It’s not a big deal. I just try to put myself in the shoes of “if I were coming to see us, what I’d want to hear.” That’s usually the inspiration and the guide behind it. And you’ve also got songs that are in your back pocket and you know what those songs will do for people and you know what kind of reaction you’ll get so you want to pull those things out.

S: We’re talking about releasing everything on vinyl. But as far as those Island records go, that might be a little tricky getting Universal to let us do that.

M: Ok, thanks. Let’s talk your cover album: Local H’s Awesome Mix Tape #1. Since your TV on the Radio cover of “Wolf Like Me” was such a success, do you have any plans to maybe record Mix Tape #2? And if so, are there any fun covers you’re looking forward to?

S: Yeah, we’ll probably do a Mix Tape #2, pretty quickly. I think we’ve already sorta narrowed down the songs that we want to do. There’s some songs from George Harrison on there that we’re looking at, and Lorde [Team], and Soulside, just a bunch of different types of bands.

M: Awesome, Did you see the Bruce Springsteen cover of Lorde?

S: We were doing it before he was.

M: Ok, cool. So I know you’re recording and touring with Scott Lucas and the Married Men. What would you say your inspiration was to begin that project and what do you enjoy most about it’s differences from Local H?

S: That record [Married Men] started as really personal record. Like far more personal than 12 Angry Months. So I just didn’t really feel like it was… [pauses]. It was the first time where I had a group of songs that I didn’t feel like I could do with Local H. So I got that band together with a bunch of friends of mine. And yeah, it’s different. And it was something that I never thought about doing  before, you know a ‘solo’ record. But it just seemed like the right time and the right songs to do.

M: What do you like about performing with the Married Men vs doing your Local H stuff.

S: You know, there’s a lot more people on stage so there’s a lot more collaboration going on and it’s just a lesson, learning to do less. And to be able to step back and let other people fill in the gaps. And that was pretty hard to sorta learn how to do that.

M: Sounds like it would be less stressful, but it’s almost just as stressful for you because you’re thinking “Do I have to fill in these gaps or not?”

S: Yeah, you kinda gotta let go of the reins a little bit more. Which isn’t always easy to do.

M: Alright. What other projects do you have going on? This is your opportunity to plug anything you want. If you have anything.

S: Well, I’m working on this sort of [Rolling] Stones-y type of band called Early Sound that I just play guitar in. And then I got this other thing called Mary Shelley that I’m doing with Jimmy Chamberlain from The Smashing Pumpkins and this jazz guy Matt Ulery. And it’s all pretty much instrumental and we’re scoring basically Battleship Potemkin (1925 Russian silent film) So we’ll be playing a performance during a screening of that movie. So yeah, staying busy.

M: That’s awesome. That sounds really cool. Thanks for telling us about that. Well lastly, this question comes from one of your fans John Claytor. You often have two 1/4 inch cables plugged into one guitar so you can emulate guitar and bass simultaneously. Do you have any favorite amp heads that you’ve used or anything you really love?

S: Uh, for bass I like [Ampeg] SVTs. They’re great. And I don’t know if I’ll be able to get the bass sound that I get without those heads. And my guitar is a Matchless head. A Superchief and it’s pretty great.

M: Yeah? Awesome. Thanks. Well that’s all I got for you man.

M: Yeah. Many thanks to Scott Lucas from the legendary band Local H. You can catch them on your in the US until at least May 3rd.

M: End of June they’re on tour. Are you going overseas at all? 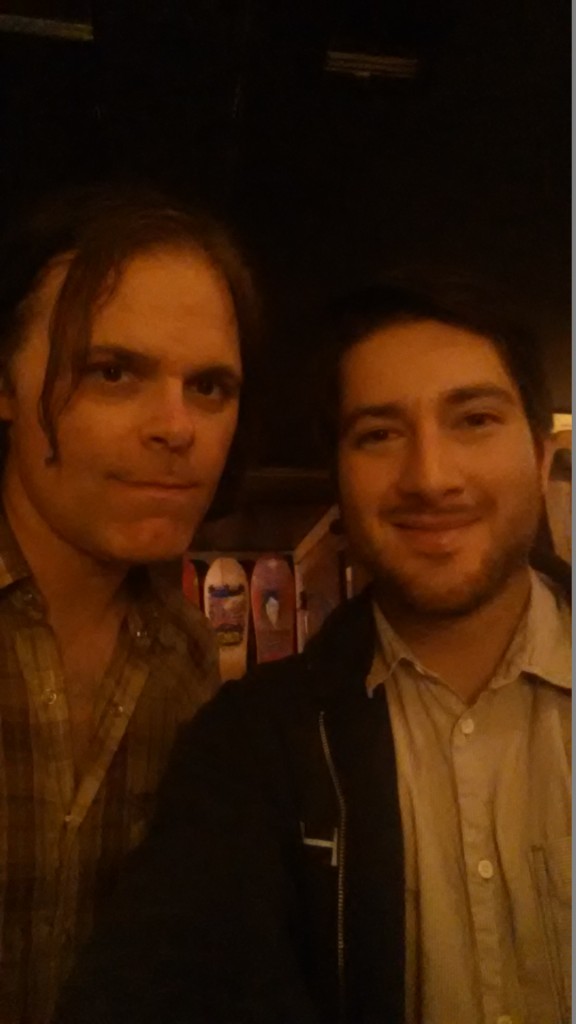