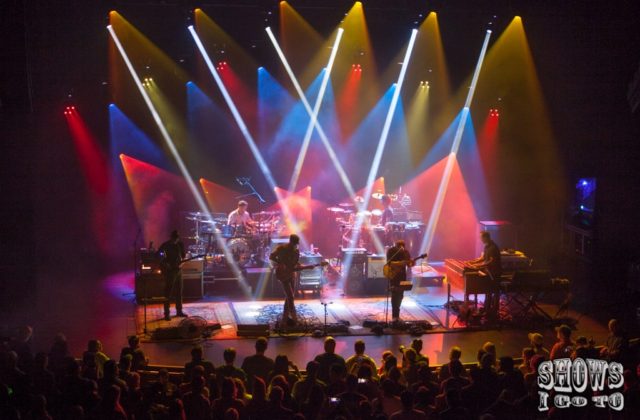 Umphrey’s McGee just announced a fresh batch of tour dates to round out summer 2018. After the tour opener at Cain’s Ballroom in Tulsa on August 9, and a return to one of their homes away from home at White River State Park in Indianapolis, the boys will be heading southbound this August with stops in Orlando, Miami Beach, St. Augustine, and Knoxville. Following rockin’ at Lockn’, they hit The Iroquois Amphitheater in Louisville, Kentucky on August 25.

I am so very exicted that they are welcoming special guests Spafford to help kick off the run for five summer shows, including the three Florida dates! The Nth Power featuring The Spirit Horns (Jen Hartswick and James Casey of Trey Anastasio Band) will finish up the tour in New Orleans, at their debut at ACL Live at the Moody Theater in Austin, and Dallas.

Tickets are on sale now through Umphrey’s Ticketing. Hit the road for some rock & roll with Umphrey’s McGee this summer. 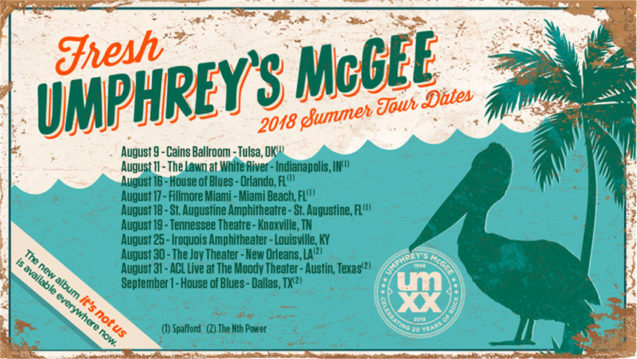 Three shows in the Sunhine State for this leg of the tour create an excellent extended weekend. It starts Thursday, August 16 at House of Blues Orlando, then Friday at Fillmore Miami and finishing up Saturday at St. Augustine Amphitheatre where you can also get a camping spot Anastasia State Park next door and chill on the beach. There’s no better way to end a Florida show run.

Check out some videos of Umphrey’s McGee from previous Florida shows at these venues, as well as some videos of Spafford from Suwannee Hullaween and The Nth Power from Hometeam New Year’s Rally, courtesy of The Sober Goat.