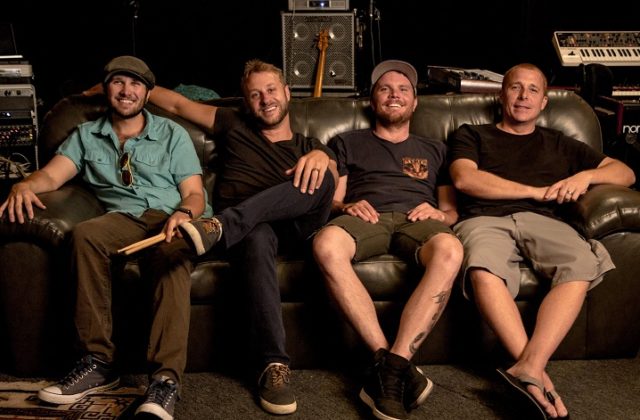 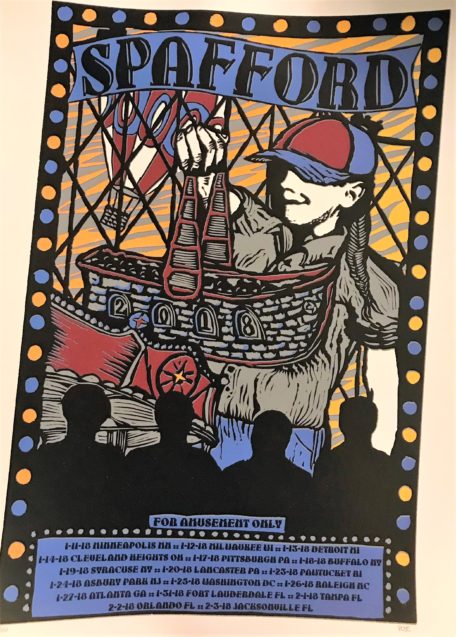 I had the fortunate chance to interview Jordan just a few days before the run started. Check out the interview HERE.

Other than last year’s Suwannee Hulaween festival at Spirit of the Suwannee Music Park in Live Oak, this was Spafford’s first time playing and touring in Florida. The Florida run began at Culture Room in Fort Lauderdale on Wednesday, January 31, then rolled up the west cost to Crowbar in Tampa, followed by a stop at The Social in Orlando, and finished up east side at Jack Rabbits in Jacksonville on February 3. The Tampa, Orlando and Jacksonville shows were sold out, and I heard the Fort Lauderdale show was pretty packed. All of the “Spaffnerds“ were out in full force.

It’s easy to lose yourself in their composed and improvisational blends of rock, funk, jazz, reggae, ska, and electro-pop. Check out their THANK YOU video which features each member expressing why they’re so thankful to have the opportunity to play live music for so many loving fans. Here’s to 2018 & beyond!

Supporting opening act on the Florida run was one of my favorite local Florida bands… Orlando’s very own The Groove Orient. My homeboys opened up the sold out show and from the pictures below I only attended the Tampa and Orlando shows, and it looks like I missed out on a great show from my homeboys. No worries though, I would see them open up the next night in Tampa. Photos below by Arielle D’Ornellas.

Wow! Thanks so much to everybody that made it out to @thecultureroom last night for night 1 of @spaffordmusic tour! …

Posted by The Groove Orient on Thursday, February 1, 2018

Check out Spafford’s setlist from the first show of the run at Culture Room in Fort Lauderdale, which included a guest sit-in from JJ Grey of Mofro, a cover of Stevie Wonder’s “Living For The City” and an encore cover of Men At Work’s “Down Under”.

Posted by Spafford on Thursday, February 1, 2018

Listen to the Fort Lauderdale audio on spaffnerds.com.

Watch the full show below, thanks to CHeeSeHeaDPRoDuCTioNS.

Also, listen to the show on CHeeSeHeaDPRoDuCTioNS MixCloud page.

The Groove Orient opens up the Tampa show and got everyone flowing through the doors settled in nicely. They played some musical chairs and switched instruments during the a John Scofield cover of “Chank”.

Posted by The Groove Orient on Friday, February 2, 2018

Check out TGO’s full set video below, thanks to The Sober Goat.

The time had come for Spafford to infiltrate Tampa’s earholes, eyeballs, and raise goosebumbs. The sold out venue continuously got thicker and thicker during The Groove Orient’s set, and into the setbreak it topped off and was shoulder to shoulder. I love that Crowbar has an outside area allowing fans to comforatbly get some fresh air while still being able to hear the band and even still see inside from one vantage point.

I enjoy the first set more than the second, probably because I knew more of the songs, but the vibes I get from “Slip & Squander” and “Mind’s Unchained” and even the pleasantly comical “Todd’s Tots” are so delightful yet somber, and similar to each other. To hear those three tunes back to back to back was a sweet treat. Then, right after that little trio, they play a cover of Red Hot Chili Pepper’s “Aeroplane” which drew a lot of smiles and singing-along from the crowd. The second set definitely had more energy, and my two takeaway highlights were the Grateful Dead cover “Feel Like A Stranger” and the quirky “Salamander Song” which, in my weird head, has a similar essence of the epic Phish song “The Lizards”.

Listen to the Tampa audio on spaffnerds.com.

Watch Spafford’s entire performance below, thanks to The Sober Goat.

Unfortunately and ironically, The Groove Orient did not play their hometown Orlando show due to an early curfew… BOOOOO!!! With no opening band and an early show, it didn’t take long for The Social to get, well, social. Any sold out show at this venue is like a sardine can, and there’s not much navigating room as the feng shui isn’t the best—sunken floor pit area, leaving only a squished walking lane between the railing and the bar. I make my way to the west side of the room and immediately purchase a gray zip up hoodie as it was a brisk night in Otown. It’s a light jacket and not too warm. Go get yourself one, or a shirt, or maybe an electric taco koozie, or yoga pants, or even pint glass. 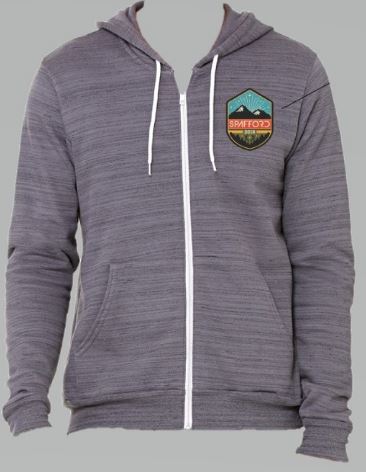 Spafford wasted no time getting funky, opening the show with “Funkadelic” and finishing with a personal fave, “The Postman” … will you remember my name? The second set was absolutely absurd, and starting with “All My Friends” was perfect — I with two of my long time best friends who were in town from Nashville and Tampa, and the dozen or so Orlando friends that were also in the house. After getting friendly, Spafford does what they do best and JAMMED a buzzing “Bee Jam” into the cool cover of Tears for Fears’ “Mad World” which I also saw them play at Suwannee Hulaween. They closed the second set with two more songs I also first heard at Hula, “My Road (My Road)” and “Leave the Light On”.

The extend part of the encore included another heard at Hula … their alternative ska rock jam, “Galisteo Way”. Truth be told, a common misheard lyric in this song is “That’s what they say is you gotta stay away” when the line really goes “That’s what they say is the Galiesteo Way.” Duh. I must admit, I didn’t put two and two together. I have to thank Jordan’s sister for showing me the light on that one, as I had the pleasure of meeting her during the end of the set and she absolutely blew my melted mind with this info. Glad I wasn’t the first one to make this mistake. Check out my Instagram video of “Galisteo Way”.

Listen to the Orlando audio on spaffnerds.com.

Posted by Spafford on Saturday, February 3, 2018

This show was the first to sell out of the Florida shows. The Groove Orient was supposed to open up this show as well, however there were production limitations and their set was unfortunately scrubbed. But, they were able to host an impromptu afterparty at 1904 Music Hall and kept the rage faces entertained into the morning hours.

Posted by The Groove Orient on Tuesday, February 6, 2018

The last day of the four night run was a “Beautiful Day” for everyone, so much so that Spafford played that bittersweet melody in the encore. Days like these come around only once and a while. I actually might have cried during this song if I were there. I really wish I could have made it to this show.

I knew this closing show of the Florida run would include the almighty playing of “America” into “The Reprise” which is a serious one-two punch. I witnessed this at Suwannee Hulaween too, and luckily I captured it in all it’s glory. Watch the video below of this amazing song combo from Hulaween, which is cued up to start at the beginning of “America” thanks to The Sober Goat.

Listen to the Jacksonville audio on spaffnerds.com.

THANK YOU FOR COMING TO FLORIDA!

Keep an eye out on their tour page. Where will they see you? What are you hoping to hear? They always have some surprises in store. Might even jam a little. Tell your friends. Go see a show. Get tickets at www.spafford.net/tour.