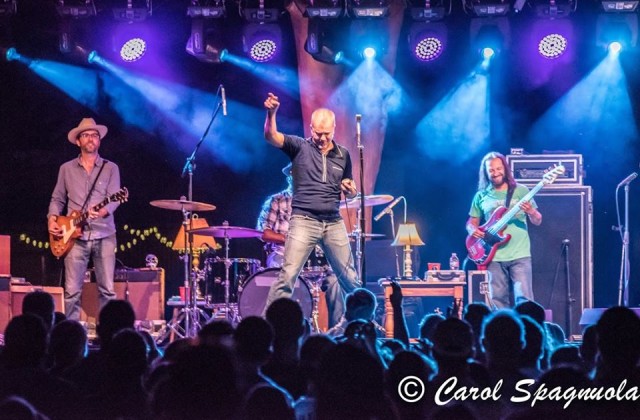 You do not know a single person who says, “Man, New Year’s Eve is always such a thrill. It never fails to exceed expectations.” No one says that because New Year’s Eve is an arbitrary celebration of nothing. Yet, we build up huge expectations in our heads about celebrating the new year. We buy a new dress or shoes, make elaborate plans to spend a ton of money, and every damn year we get disappointed.

Thankfully, Shows I Go To figured out New Year’s Eve a while ago, and in the spirit of giving for which we are so well known, here is Jason Earle’s foolproof three step guide to New Year’s Eve fulfillment (remember this for next year).

This is more of a life lesson, but you are going to be disappointed more often than not. We are all prone to delusional thinking when it comes to events, especially if you give your brain enough time to process what might become of the night. Just let go and move on to step two.

If you try to involve every acquaintance who follows you on Instagram, the night is going to become unwieldy. Hang out with people whose company you universally enjoy. This initially sounds challenging. For example, what do you do with the unfunny jokester who invites themselves to everything? [Editor’s Note: Is this me? :-/ ] Stick to the plan, step three is going to take care of everything.

Let live music take care of everything. Most music venues have something planned for December 31st. In fact, most of them do all the worrying for you. Balloons are going to fall from the sky. Someone else will keep time and do the countdown. And, a live show is almost guaranteed to be a good time.

What about Unfunny Guy who always invites himself? Dude is not going to buy tickets, and even the least self-aware acquaintance is going to get the hint if you say you have plans to attend a show. [Editor’s Note: Definitely me.]

Thankfully, Orlando had plenty of options for live music on New Year’s Eve 2015, and at the top of the list was JJ Grey and Mofro at House of Blues. JJ has played a NYE show for a while now. He used to grace the Freebird Live in Jacksonville Beach; and it was exactly what you wanted from the first moments of January 1st. JJ takes his role as party facilitator seriously. Forever a smile on his face, with stories flowing, and confessions abound, JJ Grey and Mofro combine outstanding musicianship with the party vibe called for on New Year’s Eve.

Grey confessed after the first song, the foot stomping “99 Shades of Crazy,” that he had already been drinking. There were moments where it showed, but booze did not get in the way of an outstanding show. In fact, the performance felt refreshingly loose. The essence of his brand of swampy, soulful Southern music rose to the forefront. Technical execution may not have been his focus, but ensuring we all had fun was clearly emphasized.

JJ told sloppy bromides about his time working in the lumber yard, and how his father once uncharacteristically described a woman as having an ass like “an army mule.” More so than normal, his tales dragged on, building in the way of a great storyteller before giving way to the song each story inspired.

The crowd was far from a group of reverent observers. Everyone was drowning 2015. A girl put one of those wildly uncomfortable New Year’s Eve headbands on my bald dome. A fight inexplicably broke out in front of the stage. People were belting out tunes, bumping into each other, and yelling approval of the night into each other’s ears. There was no way to get dissapointed.  It was a rowdy, fun time.

JJ Grey and Mofro played until well after midnight. Again, we left the time keeping to someone else, but they must have played for two and a half hours. The set ended with guitar player Drew Trube engaging bass player Todd Smallie in a lampshade fight, the end result of which was some lucky fan going home with a discarded lampshade souvenir. Lampshade fight, that about sums up the night.

2015 was an incredible year for music. Cheers to all the wonderful bands we had the pleasure of covering, and the people with whom we shared those moments. Cheers to JJ Grey and Mofro for always bringing an incredible live show. And Cheers to the House of Blues for continuing to be a world class venue. Follow the steps above for New Year’s Eve 2016 success. Hopefully, they lead you to a spot standing right next to me, belting lyrics and feeling fulfilled.