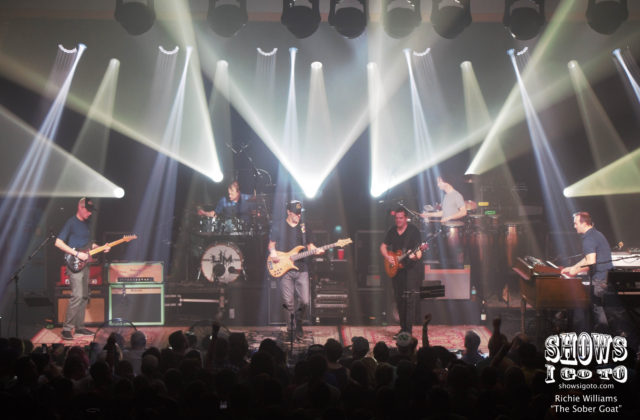 I arrived to Whigfest just in time to catch the end of FayRoy‘s set at The Attic at Rock Brothers Brewing. This place is one of my favorite new venues around. It’s very intimate and the acoustics are amazing. FayRoy (who were on Mitch’s Best of 2017 List) sounded great! I wish I could have made it in time to see more of their set. I look forward to seeing them again soon. 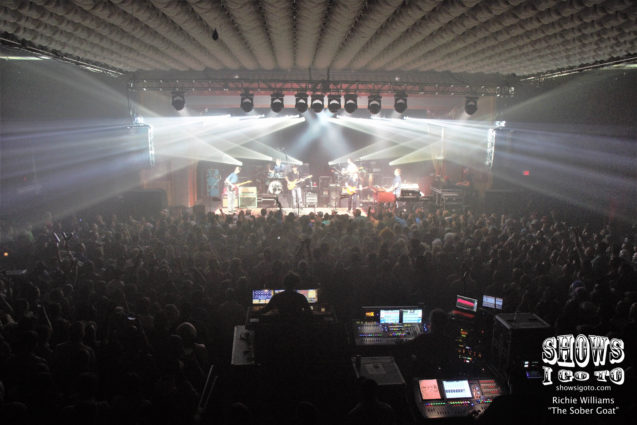 I’ve been looking forward to Whigfest Music & Arts Festival for months since it was first announced. It was originally set to be a two-day festival but due to some emergency construction at The Cuban Club, it was repackaged as a one-day fest. Umphrey’s McGee played two sets at The Ritz main stage while the other artists played on The Ritz side stage as well as other local venues including The Attic at Rock Brothers, First Chance Last Chance, and The Orpheum. Although a two day fest would have been fun, it was great to see Umphrey’s in an intimate venue that they have never played.

Up next at The Attic was PLEASURES from St. Pete by way of South Florida. Right before they went on, Mitch said to me “This drummer is crazy, let’s enjoy this drummer!” He was right. The drummer rocked and the band was one of the most unique bands I’ve seen in a long time (Also, Mitch is a drummer). The guitarist did trippy effects with her voice that were hauntingly infectious.

On my way to catch the end of The Heavy Pets set at The Ritz, I went downstairs to grab a beer at the Rock Brothers tasting room where they were celebrating the release of the brand new Umphrey’s McGee Dark Brush Imperial Stout, brewed with Coffee, Chocolate and Cherries. Now I’m not really a stout guy but after one taste of this I had to have my own pint and I ended up missing the rest of The Heavy Pets. Dark Brush was limited to 1500 22oz. bottles and was also available on draft at Whigfest.

The first time I saw Umphrey’s McGee was in August of 2014. After that show, I promised myself I would never miss them when they came to town. I know I may be a little late to the game but I’m glad to finally be an “umphreak” because they are one of the greatest live bands of all time. Umphrey’s shows usually run close to three hours long (two 1.25-hour sets with a set break and 10-minute encore) but it doesn’t feel like it. Every member of this band is a master of their craft. Their showmanship just draws you in to where you can’t take your eyes off them, except for when their lights steal the show. 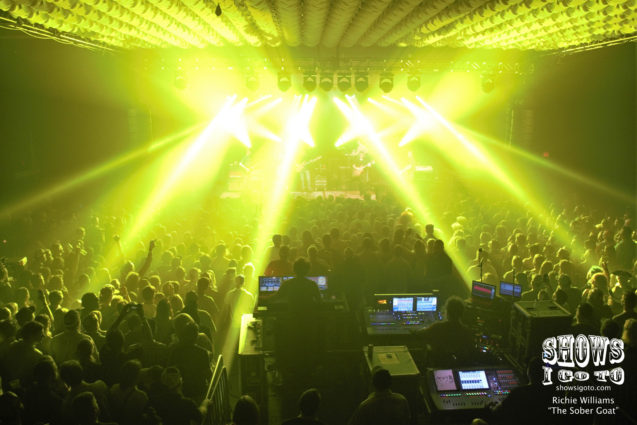 Considering the relationship between Rock Brothers, Whigfest, and Umphrey’s, I knew we would be in for some treats during this show. In celebration of the release of Umphrey’s McGee Dark Brush Imperial Stout, the band busted out the debut live performance of “Dark Brush” from their newest album, It’s Not Us. The band also paid homage to their first collaboration with Rock Brothers by playing “Nothing Too Fancy.” There was not a single minute of this show that disappointed me. 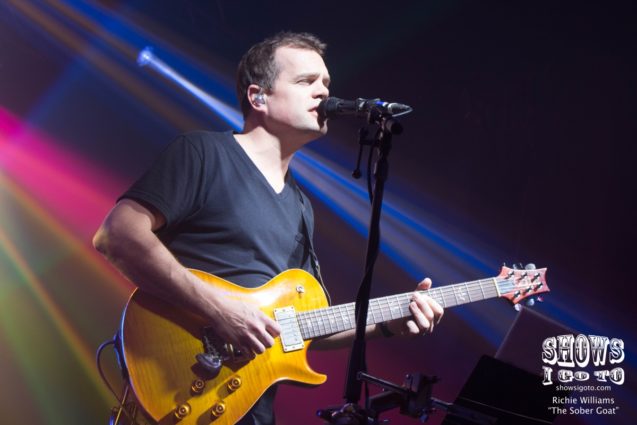 One of the greatest things about seeing Umphrey’s McGee at The Ritz was, although they were playing to a packed house, it was very easy to move around. I started off the show front and center on the floor, then watched from the back of the room, then found mysself in the VIP viewing area for a bit, and finished the night in the balcony. I was sitting in a chair in the dead center of the balcony as they finished out the night with an encore including “Glory” and a spot on cover of Van Halen’s “Panama” (see video below). I looked around at the crowd below me and I said to my friend “Every person in this room is lucky to be here.” And we were … we were seeing one of the greatest live bands of our time in an amazing, intimate venue. Life doesn’t get any better than this. As I get older I find myself wanting to get home right after the encore after a long night out. Umphrey’s McGee is the only band that can still leave me wanting more after a nearly three hour set. 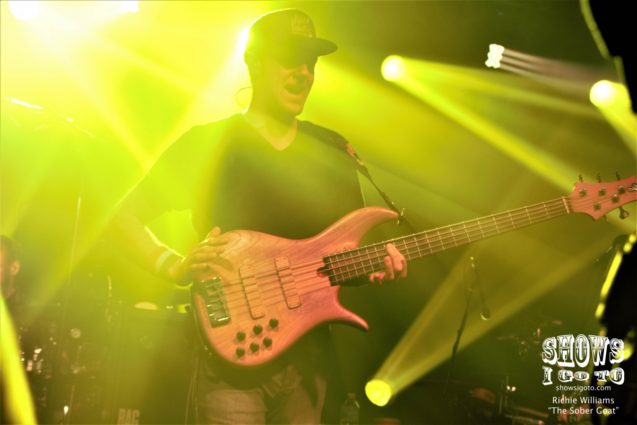 I would like to thank everyone who made Whigfest possible, especially all the bands that played. I know I missed a lot of great bands (including SWIMM who I stumbled upon in the last thirty seconds of their set). Thank you to Rock Brothers for continuing to make amazing beer. This was my first Whigfest but it certainly won’t be my last. I can’t wait until next year but I have to admit, it is going to be nearly impossible to top a band like Umphrey’s McGee. 😉 \mm/