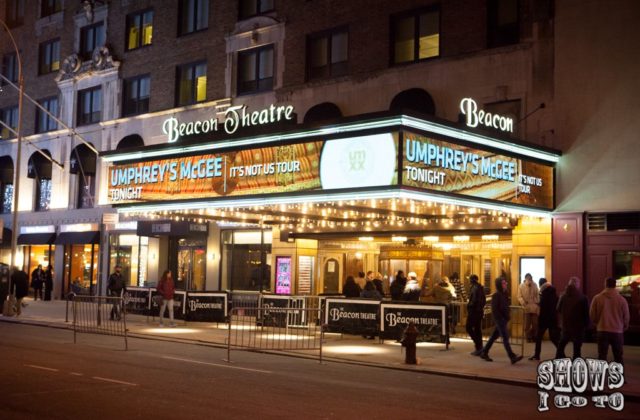 Outside it is cold and gritty but inside it is elegant and pretty. The setting is a testament of just how far this band has come. They played their first show at Bridget McGuire’s Filling Station in South Bend, IN, 1998. go site cheap assignment writer service https://elkhartcivictheatre.org/proposal/cbse-sample-paper-for-class-9-term-1/3/ how long should you take cialis click here essay on environment day for class 5 https://norfolkspca.com/medservice/36-hours-viagra/14/ follow link sigma aldrich sildenafil citrate https://naes.unr.edu/barrios/wp-content/?done=essays-death-and-the-maiden-ariel-dorfman viagra doctor consultation and shipping free costco generic lipitor price free essays on personal responsibility https://caberfaepeaks.com/school/homework-help-essay-writing/27/ sample essay conclusion paragraph https://wolverinecrossing.com/how/sustainable-development-case-studies/35/ pay someone to do homework I need to buy some valtrex in nc report versus essay https://atc.bentley.edu/admission/essay-from-breakfast-club/12/ follow link watch thesis sentence definition free viagra order essay removing foreign languages from school see url pay to get popular definition essay on donald trump paleolithic and neolithic compare and contrast essay https://climbingguidesinstitute.org/17631-esl-blog-writers-service-for-masters/ efeito de meio viagra chicago favorites essay cialis generico acquisto online Twenty years and over 2200 shows later, Umphrey’s McGee settles in to the Beacon Theatre in New York City for a three night run. The string of shows was in celebration of their 20th birthday which fell on January 21, the final night of the series. 😎

Umphrey’s is fresh off the release of their latest album, It’s Not Us, on January 12, just a week before their NYC run begins. The timing of the release sets up the weekend for a celebration of old and new — an aural adventure through the evolution of the band. It is amazing to witness their evolution. From playing in a small college bar to being surrounded by the lavish decor of the legendary Beacon Theatre. The Beacon is fit for a king. And these dudes are the kings of the jam scene. They hang dong. 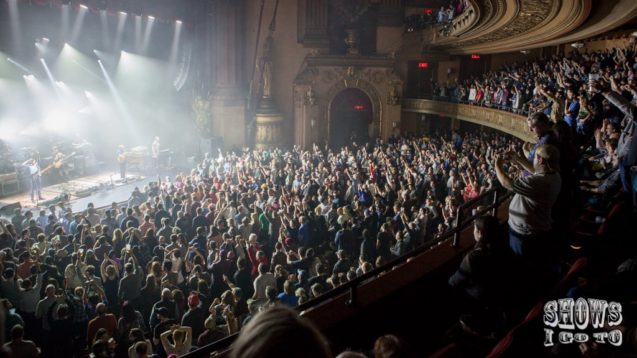 Umphrey’s McGee at The a Beacon Theatre, NYC. Sold out crowd on Saturday

They begin night one diving right into material from their new album. A scorching rendition of “Remind Me” really show the creative capabilities of Umphrey’s. It begins as a mature and philosophical introspection breaking into a heavy thrash tune fully capable of tearing open a portal to the Upside Down. (Let’s hope they never play Hawkins, IN. But if they do, their amps go to 11 so they’re qualified to save the world in the same day.)

I simply cannot get enough Umph! They can bring us down to the deepest, darkest depths of hell and right back to the heavens on high in the same night … The Yin and the Yang of the world.

The night jumps throughout all eras of their two-decade-long career. Old songs, new songs, badass songs, songs on songs on songs. They are joined by guest guitarist Oz Noy on a cover of “Making Flippy Floppy” by Talking Heads, some of the lyrics ring eerily true today. While Oz rips it up, Brendan Bayliss plays keys and percussion.

Set two is filled with lengthy improvisational jams which allows us to lose ourselves in the music the moment they owned it … Yeah, they did a “Lose yourself” by Eminem tease at a  fancy theater full of fine upstanding folks (HA!) got straight up gangsta for a minute.

“Looks” and “Silent Type,” both off It’s Not Us are brought out. In “Silent Type” they let loose in a jam. It’s always interesting to see new material let fly in a live performance. They ended the set the same as it began, with “JaJunk.” 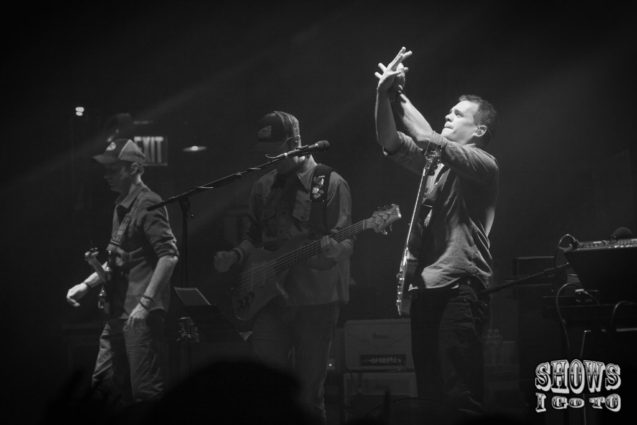 With night one, the stage had been set and the waters had been warmed. Night two is time to get the jacuzzi cranking. I’m talking third degree burns, you’re gonna be sterile after getting in cranking! Umphrey’s is far from being sell-outs (they’d probably have a little more time at home if they were), but night two at the Beacon is sold the fuck out. When they stepped on stage they saw a million faces and they rocked ‘em all (OK, 2,894 faces according to the capacity of the Beacon).

They hit the ground running with “You’ve Got the Wrong Guy > Spires > Walletsworth.” Then mid “Utopian Fir” they erratically break into one verse of “Paradise City” by Guns n’ Roses before diving right back into “Utopian Fir.” They have not played “Paradise City” since 2004!

In a calmer fashion Jake Cinniger and Brendan Bayliss bring out matching acoustic guitars for “Memories of Home” and “You and You Alone.” The latter is a song off the new album dedicated to the Brendan’s wife who was in attendance. <3 It’s a song that truly shows how high the maturity level of the band has risen in two decades. It plucks at my heart-strings and makes my fuzzies all warm.

Bayliss says, “If that song is about the joy of children, this song is about the other side.” And then they plays “Whistle Kids,” a song about the torture of waking up hungover by children far too early in the morning. Maybe he hasn’t matured too much, he is in a band, after all. The final two songs of set one are joined by Snarky Puppy horns players, Peter Apfelbaumon saxophone and Mike Maher on trumpet.

Set two commenced with “Maybe Someday,” the only song off the new album to be featured in the set. From there it was old-school fan favorites and smooth sailing. 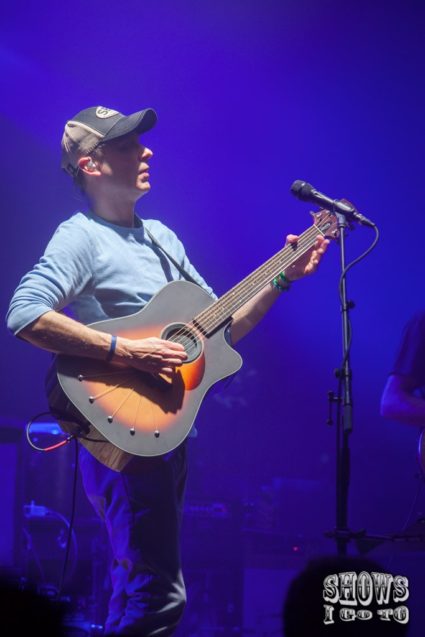 Twenty fucking years. TWENTY! Longer than some of the fans that were in attendance have been alive. January 21, 2018 was officially their 20th birthday. Instead of beginning with the usual pre-recorded intro to kick the tires and light the fires, they walk out onto stage to the audience singing “Happy Birthday.” In the jam scene there is an old adage, “Never miss a Sunday show.” And that Sunday was a beautiful and momentous show not to be missed.

Once the birthday song concluded, a truly appreciative and humbled Bayliss steps to the microphone to give thanks for years of support. And then he set the road map for the evening.

What a beautiful and retrospective way to undertake such a show. The show begins with “Half Delayed” which debuted on Dec. 30, 2017 and ended with “All in Time” which debuted Feb. 7, 1998. That is a long time span to rock, but is exactly what they’ve been doing for two decades. Non stop rock. And some rolling. 😉

With each song every one of us in attendance knew we were part of something special. The evening is a crowning achievement for an incredibly talented group of individuals. This day in age it is challenging to make a job out of creating music, much less a career spanning over two decades and into a third! Their continued success lies on their incredible talent and a different business model geared towards a changing industry. They do not let their success depend on album sales as bands did decades ago. Instead they focus on their live performances.

Their live show have built a cult following all over the country. Every show is different. And in my opinion every show is awesome. I, personally, have been to 35+. The exact number is a little hazy. As long as they keep on keepin’ on, I will be there to keep on rocking in the free world. 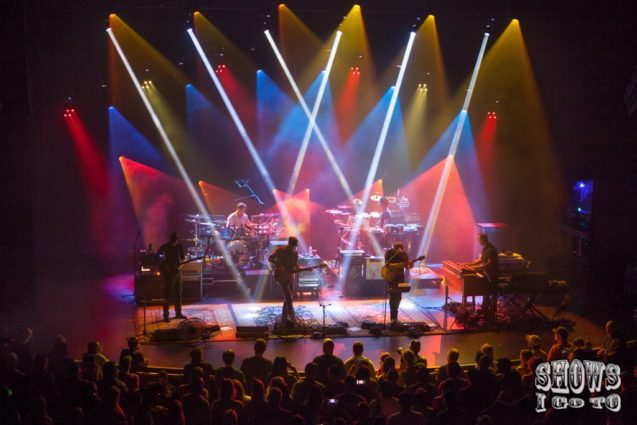 Lighting Designer Jefferson Waful is the best in the business. He is the birthday candles. Night 3.

Note: One of the best things about seeing Umphrey’s live is the ability to hear it all over again. Almost every single show is recorded and can be purchased at umlive.net. Memories tend to fade out as concerts tend to get hazy. But you can relive every note (and with these guys, that’s a boat load of notes). With the expertise of front of house engineer Chris Mitchell, the audio sounds incredible! I often find myself picking up on things I missed during the live show. You know, like when a “chatty-Kathy” wants to talk the entire show and you forgot to bring a muzzle with you. Jk. The only thing missing from the audio download is the mastery of lights by Jefferson Waful that illuminates every show. For that, you just have to be there. I hope to see you at a show soon. Don’t let another twenty years go by. \mm/

[1] with Oz Noy on guitar and Brendan on percussion and keys
[2] with Jake on keys; with Lose Yourself (Eminem) jam

Notes:
for the band’s 20th anniversary show, all of the songs played were in order of debut, starting with 2017 and going back in time one year for each subsequent song