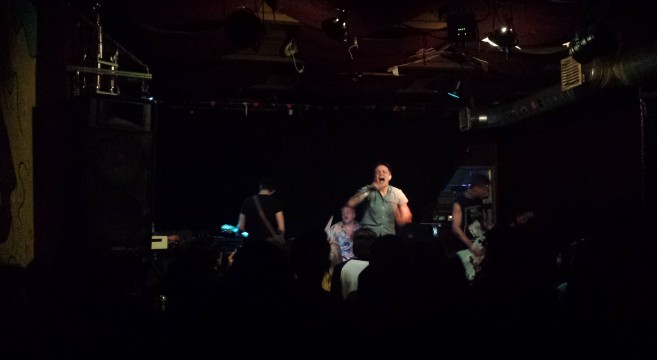 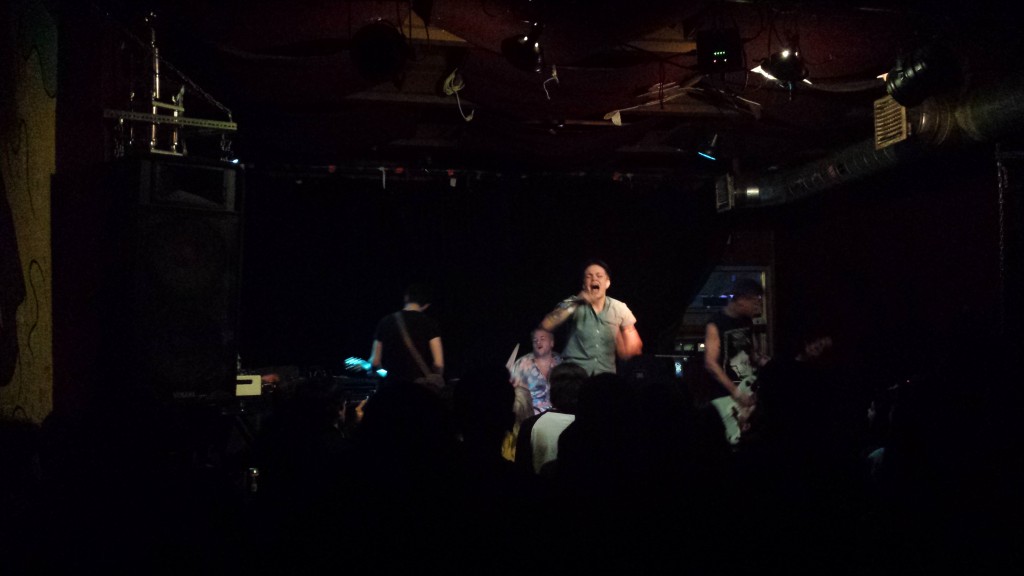 “I’ll take the record with the blood in it.” Was my final reply to the guy at the merch table. I asked one of the dudes in the band about their new record they recorded a couple weeks ago. He confirmed that the band has indeed completed their full length and plans to release it in March. I asked about vinyl (duh) and he told me “Yes! We will have vinyl. We plan to press some with a red swirl in it – [the red color] coming from a bit of menstrual blood courtesy of Meredith [ the lead singer].” It doesn’t matter if he was fucking with me or not – That shit was hilarious! I thanked him for coming to Orlando and left him with “I’ll take that record with the blood in it!”

The only music they had for sale was a cassette tape. That shit’s not going to work for me but I feel I should have bought it anyways cause I bet that little thing is going to be worth some money in a few years if this band sticks around. Sidenote: I ended up buying it online cause my girlfriend has a tape player. Stoked. Here’s the whole thing for you to listen to:

I got to the show just as the second band (of 4) was finishing. I ordered a Breckenridge 471 Small Batch Double IPA (one of my favorites) and I felt like one of the guys in the Hipsters Love Beer video. The band next, right before Perfect Pussy, was a local band called Wet Nurse. 4 girls with a punk influence having the time of their lives. I couldn’t help but smile the whole fucking time I was watching them. It was nostalgic. Made me really miss playing in a band.

Wet Nurse played fast-as-fuck punk songs and catchy, poppy tunes – it ruled. My highlight was definitely when they played a new song. The lead singer said “we wrote this three days ago.” I fucking love watching bands perform new songs live for the first time. They are always so stoked to share their newly conceived art baby with the world. Even if the song sucks and it’s really rough, it’s almost always their best – the one they really pour their heart into. During their set they made time for a joke:

“What did the hippy say when he was told to get off the couch? Namaste” (Read it slowly).

I don’t think they played any songs over two minutes. Check out their first song on their album Daily Whatever. It’s 55 seconds and rules.

I felt so good at this show. Yes, I had sex right before it, but that wasn’t all the reason why. I felt good because I got to share the room with raw, passionate artists. The way Perfect Pussy approached the stage, set up, exploded into performance, and broke down was fucking artistic. Not some hippy shit ‘artistic’ (not saying there’s anything wrong with that), but an amazingly-real loving sense of passionate art (which also sounds like hippy shit). The energy they created made me feel 18 again. I was on the brink of shoving everyone around me and moshing during their entire set. I kept myself in-check so I could take some notes for this post.

Check out a newly released song from their forthcoming album, Say Yes To Love, out March 18. It’s called “Driver.”

I recently read in an interview Meredith did where she was talking about her previous band, The Shoppers and said it was “the first band she wasn’t playing drums in.” Are you fucking serious? Meredith Graves: If my heart had a key, you’d have a copy.

Between the songs where Meredith was bludgeoning herself to the wall of sound behind her, she made time to kindly thank the crowd. Here’s another shitty pic: 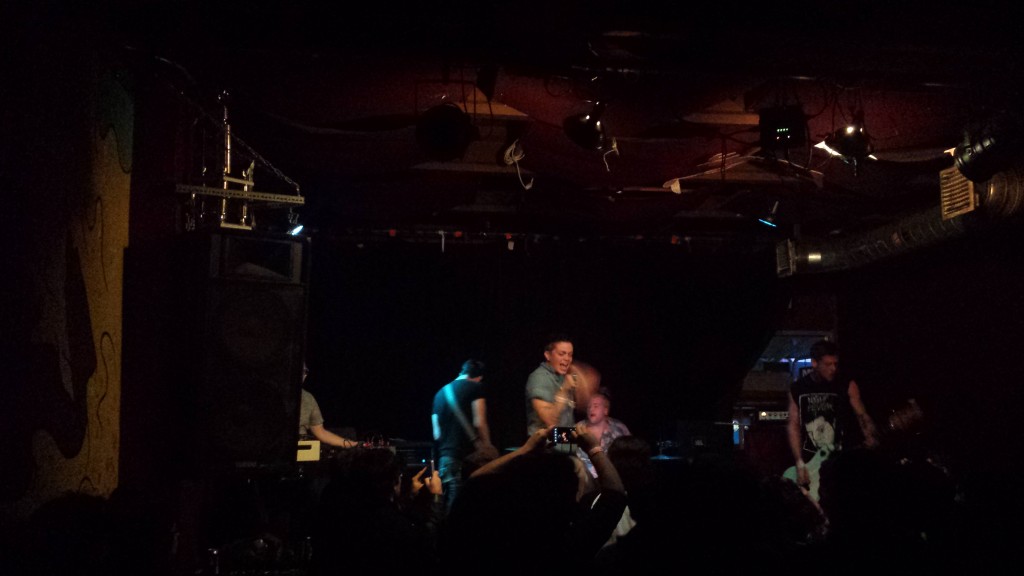 The show ended fairly abruptly. I was expecting them to go into another song when I realized the drummer was taking his cymbals down. This left me longing for more.  I’m eager to see them again.

I am so stoked about music in 2014. Its going to be a great fucking year! Perfect Pussy was a great start. I’m stoked about seeing Outkast this year, the new album from Bayside, seeing New Politics this weekend, Reggie and the Full Effect, Dads, and AFI next week… Bastille in May. This year already has a shit ton of awesome things happening in it. See you at the show!