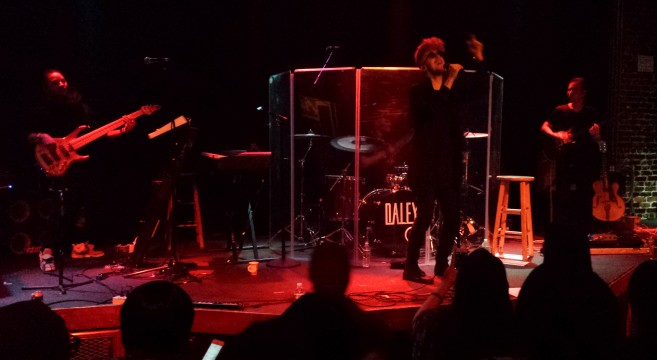 Daley, Britt Daley, and a daily reminder that you will get through shit | Live Review | March 20 2014 | The Social Orlando

I learned some things last night at the Yo Mama’s Big Fat Booty Band show. Sometimes you need to forgive. Sometimes you need to let go. Everyone has a story. Think about yours. Is it awesome? It is messy? I’m sure it is. Everyone’s is. Mine is. I’ve spent the last year and a half learning how to live with a huge mistake. How to recover. How to move past it. Most importantly, how to forgive. How to forgive myself. I’m still learning but I have a good idea. I remind myself:

I will get through this.

Last night was a tremendous experience. I will take the lessons I’ve learned and apply them to my life. I will grow. I will heal. I will get through this. You will too.

Loving someone is a very difficult task. It requires a tremendous amount of effort and faithfulness and loyalty. But not hate. Hate requires something ten fold. A consistent reminder. A deviated plan. A precise calculation. Intuitiveness. Hate is something I feel no more. Everyone was dancing last night. Everything was ok. I’m ok.

“Nice legs!!” -random guy in the corner to Britt Daley. Which are elegantly emphasized in her music video for “One And Only.” Check that shit out:

Britt Daley is an Orlando local. Not to be confused with the headlining artist Daley. I made the mistake of missing her perform when she opened for Tegan And Sara this past December at The Plaza Live. I also learned some important shit that night. Fortunately, I did not make the same mistake tonight.

Britt Daley fucking rules. It was just drummer and her. A two piece, like Local H. She sings and plays keyboards and hits the space bar on a MacBook for backtracks. The music is really fucking cool. It’s soulful and passionate and the drums pound steady and hard and you seem to lose yourself, just for a moment, as it draws you in and then it dawns on you: “This shit is awesome.”

Britt took the time to explain what every song was about before she played it. Doing that shit truly reveals how sincere she is about her music and lyrics. She really has a bright future. She ‘gives a shit.’ I’m stoked to see her continue to grow next week at Firestone Live and the week after at the Florida Music Festival. Here’s a shitty pic: 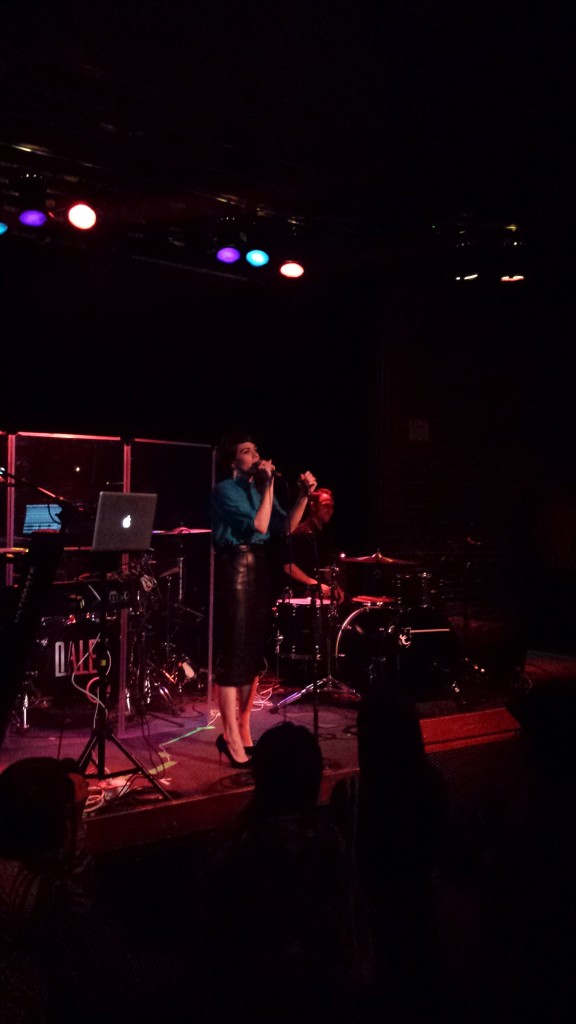 “This mother fucker has tea!” -Me. Yes, everyone laughed at me when my smug ass walked up to the stage, through the crowd, to take that picture of Daley’s cup o’ tea before he arrived on stage. You can view the picture here.

Daley put on such a great fucking performance. If you don’t know who Daley is, you’re fucking wrong. Listen to this Gorillaz song “Doncamatic.” Yes, that’s him. Daley is an R&B artist from the UK. Probably best known for his collaboration with Gorillaz but his debut album, Days + Nights is catching heat. Another great artist from Gorillaz is Del the Funky Homosapien. You probably know who he is if you’ve heard Clint Eastwood by Gorillaz. Check out “Doncamatic” by Gorillaz featuring Daley below:

“Last time I was here I was ten years old.” -Daley. This was his first show in Orlando, second night of his Days + Nights Tour. Normally I have some sort of expectation when I walk into the Social, but tonight I had no fucking clue what to expect! This shit was fucking weird. In a good way.

Daley’s band was incredible. The drummer was fucking killing it! He is a machine. Every note is perfect. His dynamics were impeccable. Holy. Shit. The bassist played a 5 string bass and owned it. He took a moment to light some incense during the set. Two sticks to be exact. Gave one to the drummer. It smelled really nice. I smiled. Yes I was really high on pot. It doesn’t mean it still didn’t smell really fucking nice.

Daley has a signature image, like all great musicians and performers. His hair is huge and insane and it rules. But those fucking John Lennon spectacles he wears are righteous! Here’s a shitty pic: 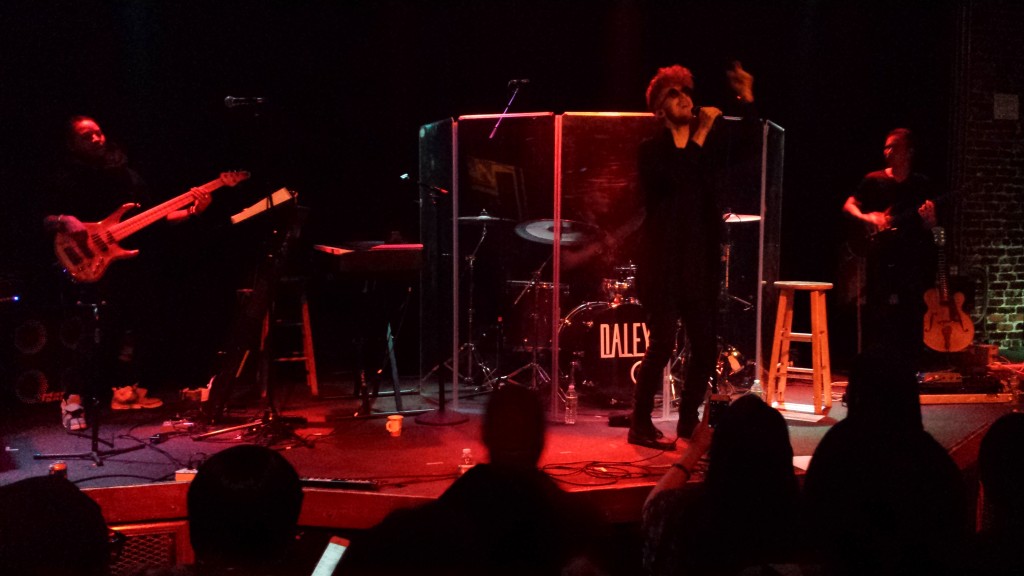 There was a fucking chorus going on the whole time. No, not on stage. In the audience. There was one dude that I surely thought was trying to start a competition with Daley. He was truly singing at the top if his lungs. It was borderline louder than the PA system.  It was a little uncomfortable.

The last song Daley played I don’t think anyone watched. Well, unless you count watching through a tiny glowing screen. Every single person had their cell phone out. Including me. I scribbled down some lyrics of the song while I grooved to the beat. “Come close, let me whisper in your ear. I don’t want to do this on my own. I will always keep you safe in my heart.” I was a little off by the Google machine helped me figure out which fucking song that was. Check out “Alone Together” by Daley. It fucking rules.

Catch Daley on the Days + Nights tour through April 28th in the US.