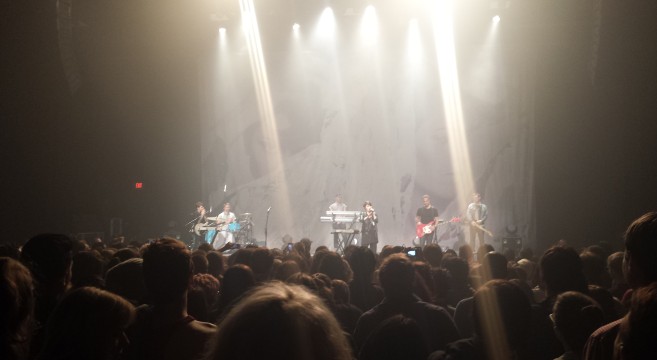 “I’m not looking at your wiener.” – Random girl in the mens bathroom. I bit hard on my tongue thinking “Listen: guys don’t talk to one another while using the facilities. So stop. Please leave. THIS-IS-A-PLACE-OF-SANCTITY! GET-OUT!”

I smiled, zipped up, and made my exit. After paying $8.00 for a beer, I found my way back to the main room. The Plaza Live is a raked theater – having a floor slanted downwards towards the stage. This makes it more difficult to stand, especially in the relevé position.

I was a strong sexual minority, being straight and male, much like how I felt at The Cold Start show. As the Quinn sisters began their set… wait, wait! “There’s pot! Noses up!”

As the stoners, myself included, frantically scanned the areas around ourselves for the source of this, Tegan and Sara opened their set. They began with two songs off their newest album Heartthrob before arriving at back-to-back classics “Back In Your Head” and “The Con.” Two of my absolute favorite Tegan and Sara songs! The crowd was fucking stoked at this point – with a choir-like response and electric energy. I don’t understand why more bands don’t start out with fan favorites or high-energy songs – Bad Rabbits get this…

“Back In Your Head” was the first Tegan And Sara song I fell in love with:
“Remember when I was so strange and likable?”
“I’m not unfaithful, but I’ll stray when I get a little scared.”

Shit sends me into nostalgic hopeless romanticism mode – reminds me of how delicate the balance is in a romantic relationship. It’s so easy to let one little thing snowball into another… and before long you’re screaming at each other and kicking doors in. Check out the video for Tegan & Sara – Back In You Head below (I always thought she played drums after watching this):

Before the show my date and I went to pre-game at Sandwich Bar. It’s in the Milk District, a couple blocks from the venue so naturally, we walked from there over to the show and met up with a couple friends.

Tegan and Sara played an amazing set. Although they played most of their new album, they played a great mix of old songs too! Here’s a shitty pic: 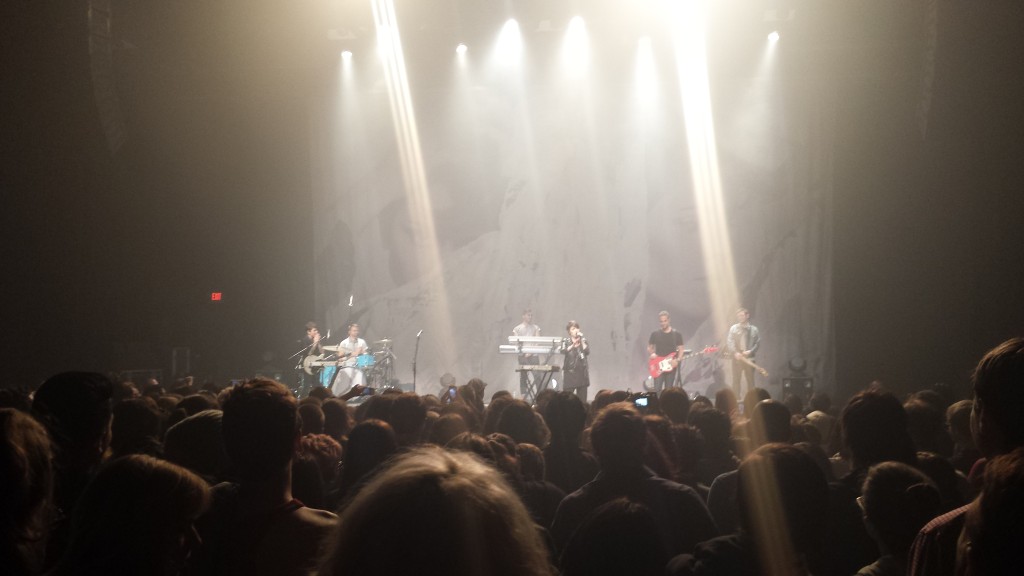 As the room became more crowded, seeing the stage became an issue. I finally settled on a spot a few yards in front of the sound booth. It was the Goldilocks spot for a few songs. Until someone fucking spilled their porridge all over my Gustins!

While my friends played a flirty game of “who can spot more flannels,” I was quibbling over the full-beer that was spilled on my jeans – bitch didn’t even apologize! Rude. I was probably a little more upset than I should have been.

“Music is what’s gotten us through the worst time in our lives.” – Sara. Ohh, Sara, You’re not alone. Many say “music saves lives.” I know I’ve used music to help get me through the absolute worst, near-suicide, cry-yourself-to-sleep nights that ever existed in my life. Haven’t you? Jeez.

“Maybe I would have been something you’d be good at. Maybe you would have been something I’d be good at.” So simple. So stuffed full of passive emotion. Holy shit. Makes me want to scream YES!!! WE COULD HAVE BEEN GREAT strange member of the opposite-sex that never talked to me at the bar after making eye contact several times. Goddammit. “Call It Off” by Tegan and Sara is such a beautifully crafted song. Elegant. Creative. Hard Hitting. Check it out:

They closed their set with the above song and the fan-favorite “Living Room.” Tegan & Sara seemed to be super stoked to be there. It was their last headlining show of the year – and what a great fucking year it has been for them! Their song Closer has been their biggest single ever. They even played it on The Ellen Show! Stoked for these girls, they fucking deserve it. 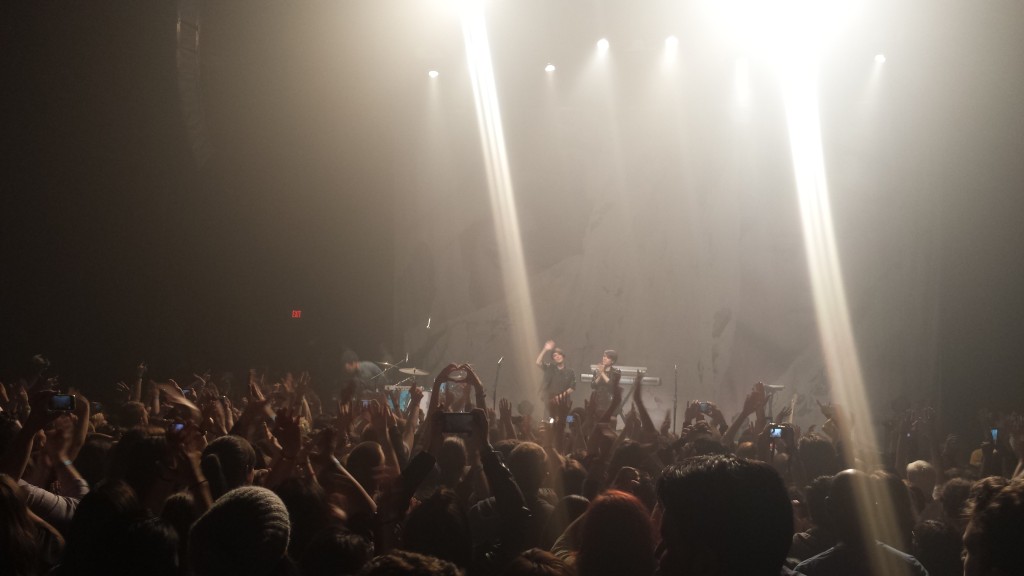 After the show, we went back to Sandwich Bar. No, they don’t serve sandwiches. We got our fuckin drink on! (can’t believe I just said that but I’m leaving it.) So somewhere through my increasingly drunk evening, I upset my date – I think it was when she was trying to help me dry my jeans and I was like “just give me a minute” in a short tone – cool. However, while trying to fix whatever I fucked up, she shushed me and taught one of the most important lessons ever: “Whenever a girl’s mad, just kiss her!” So simple, right? Well it fucking works Mr. Scientist. I haven’t tried this on guys yet, but now you know what to expect if I piss you off by accident. 😉