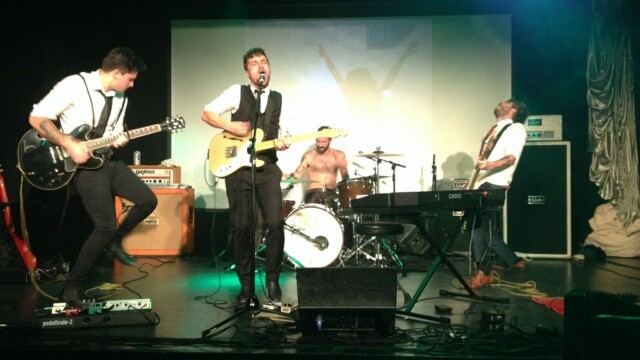 God dammit. Last night I got drunk.
Before that, I saw a great local* band at the Abbey, downtown Orlando. It was a formal event; most guys were wearing ties, girls in dresses, etc.  I walked into the room halfway through The Cold Start’s first song and see three of the four guys in the band wearing dress shirts and ties, I look at the drummer and he’s got his fucking shirt off, exposing his unclad, hairy chest and shitty tattoos! What a twat!

Throughout the evening I amusingly thought “no shit,” as I tuned-in to the chatter around the room broadcasting “the drummer has his shirt off.” As hilarious as I thought it was, it was unknowingly a really smart move for the setting. Everyone who watched them play will remember the band for that if nothing else… “Hey, remember that fucking English band with the shirtless drummer??” 😉

If you detuned from the static sound of adolescent chatter, you would have noticed how great the band actually was. They started their set with two piano driven rock songs. Here’s a shitty pic (try not to focus on the drummer) 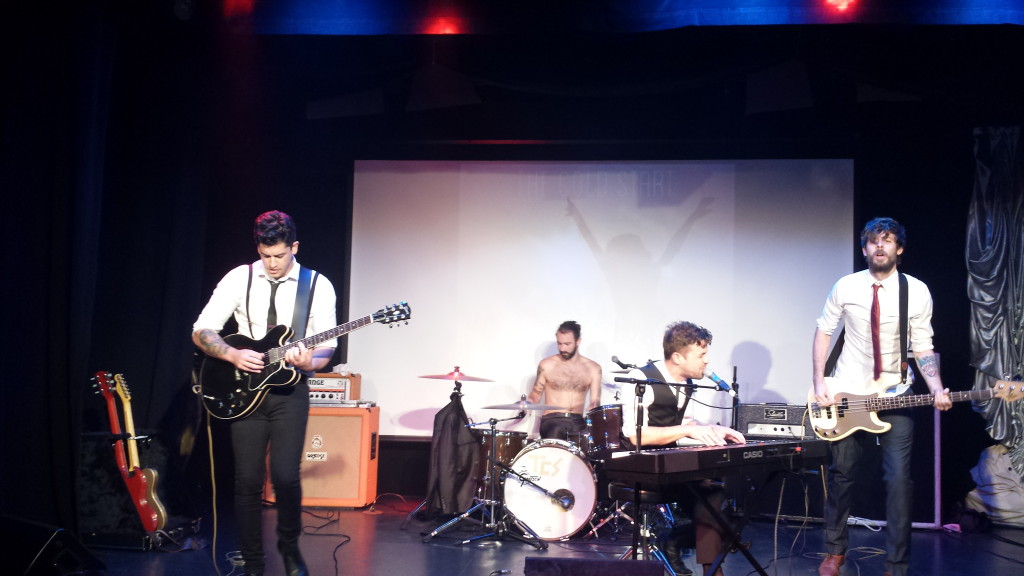 There were maybe ten people around me when I walked into the room. By the end of their second song, I noticed I had quickly become a minority due to the newly materialized crowd of focused women around me. Makes sense. Four well groomed (minus the drummer) English dudes, doing what they’re passionate about in a room bursting with artists and the like.

The lead singer Lloyd delivers passion filled vocals beautifully over an upbeat indie rock sound of drum cracks, keyboards, guitars, and driving bass tones. You can hear their punk rock roots bleed through in some of their songs. (I hate categorizing bands into genres but that sounded too good). Check out The Cold Start – World Cargo Video below:

As they played through their set and as I became more and more of a minority, I noticed there was a bit of melting going on around me. One at a time, these four English dudes were melting faces! But not in the way you’re thinking… They were melting the faces of swooned American girls with their looks and stage presence. I guess that’s how I felt when I watched Ritzy from The Joy Formidable play. Here’s another shitty pic: ¡ROCK! 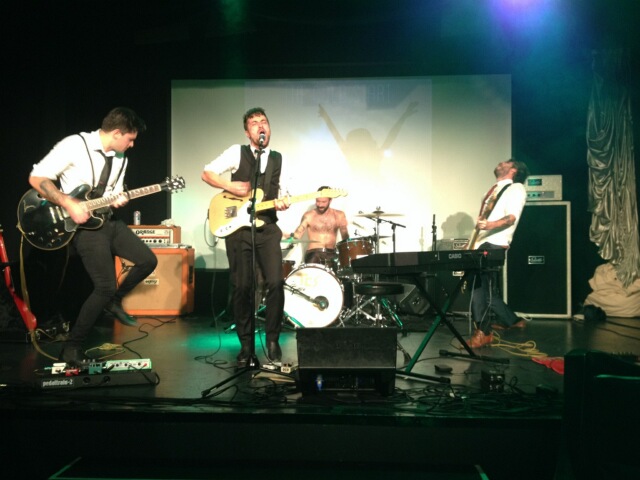 Definitely expect great things from The Cold Start in the future. They have a new album releasing Oct, 14 titled Grateful Eyes. The two new songs I heard last night were really fucking good. I took short videos of them on the Shows I Go To Instagram.

After the show I ended up at Lizzy’s where three of the four band members were steadily arriving at the same platform in which I was at: Drunk. After a few cheap PBRs, my intoxicated state, and the fact that I had a 9am meeting, I made the proper decision to close my tab and get the fuck home.

After Lizzy’s I stumbled home, passing the vegan hot dog cart with a high five, remembering I had burnt pizza in my fridge. It sounded really fucking good at that time. I didn’t realize it was burning when I made it earlier that night because every time I use my oven, it smokes like a fucking chimney, so I assumed it was just normal smoke not extra smoke from a burning pizza. Someone suggested I “clean my oven.” Whatever.

Along the walk, I noticed some weird shit at Lake Eola. Take a look: 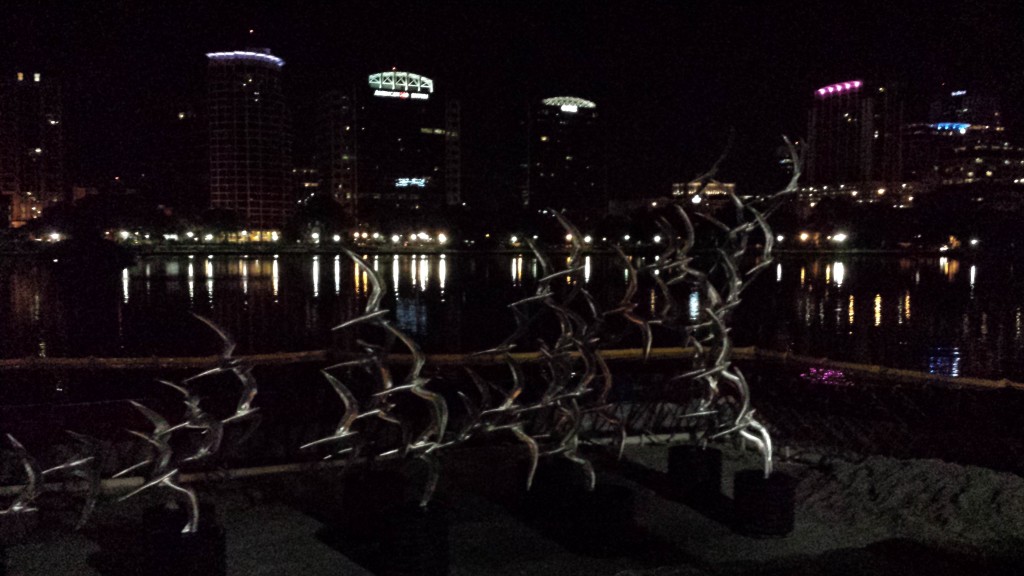 *The Cold Start is originally from Hampshire, England (About an hour west of London). They imported themselves to Orlando to pursue a music career and get the fuck out of England. They’re really great dudes. Check them out 🙂

Most importantly: Catch The Cold Start at The Social Orlando on Oct 28!