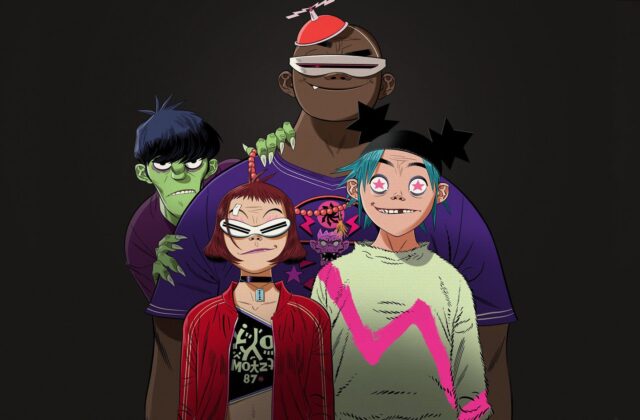 Gorillaz are finally coming to Orlando on Friday, October 21st at Amway Center w/ special guests Jungle. Anyone who wants to feel good this Friday should show up, turn-up, and sing loud! GET TICKETS HERE! We have TWO chances for you to win a pair of tickets—

1. Stop by The Commission Beer Chamber and fill-out an entry card (drawing Wednesday at 4:20pm).

2. Scroll to the bottom of this post and fill-out the digital entry form for this digital band. Gorillaz are once again disrupting the paradigm and breaking convention in their round the back door fashion with Song Machine, the newest concept from one of the most inventive bands around. Song Machine — the cartoon music contraption which spits out brand new episodes fresh from the studio, as and when they happen — will see Gorillaz joined by an exciting and ever-evolving roster of as yet unannounced collaborators captured live in Kong Studios alongside the world’s most successful virtual band* (*The band are recognized by The Guinness Book Of World Records as the planet’s Most Successful Virtual Act). The cameras are rolling 24/7, the fourth wall is broken, the kettle is on, the chaos is real, the door is open… What’s coming next? Stay tuned.

Jungle is the most-fun new-ish band I’ve heard in the past few years. I was fortunate enough to catch them at Okeechobee Fest earlier this year, and these Brits know how to throw a dance party! Just listen to “Happy Man” below and make sure you get there early enough to catch them set the house on fire.

We’ve teamed up with Live Nation FL to give you a chance to WIN (2) TICKETS to see GORILLAZ at Amway Center in Orlando on Oct 21, 2022!