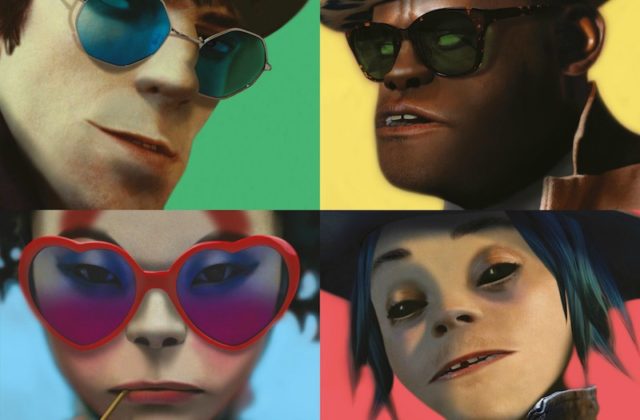 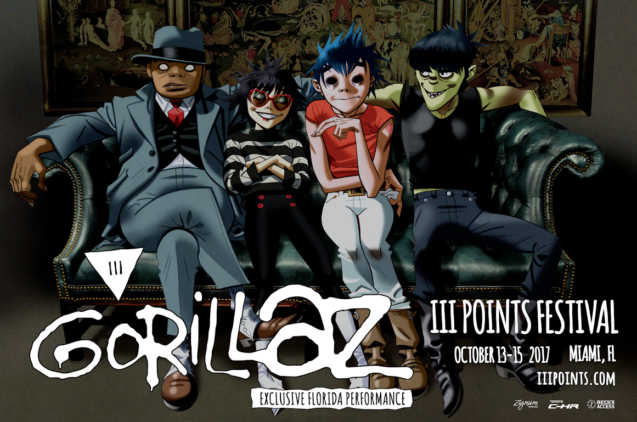 News of this tour comes as we anticipate the release of their latest studio album, Humanz, on April 28, 2017. They’ve released five songs from the album—one of them accompanied by a full music video—since January.

The group consists of Blur’s Damon Albarn and a number of other artists that have collaborated during the production of each album, such as Danger Mouse and De La Soul on “Demon Days,” and even Mick Jagger and Bobby Womack on “Plastic Beach.” But what makes this group even more unique is the fact that they are a virtual band. Albarn worked with comic book artist Jamie Hewlett to create the now-iconic characters of the group: Murdoc (bassist and mastermind behind the group), 2-D (singer/keyboardist), Noodle (guitarist), and Russel (drummer). Aside from their awesome music videos, they even had a series of short cartoons featuring the band members that used to air on Cartoon Network’s Toonami in the late 1990s/early 2000s.

The tour and new album aren’t the only things you should be excited about. It’s been confirmed that Hewlett is currently working on a brand new 10-episode animated series, and there is also a Gorillaz app that’s now available for download on Android and iOS where you can learn explore Humanz, the band members, and more.

The rest of the 2017 III Points lineup will be released in May. Limited Tickets go on sale Friday, April 21 at 10am on the website, starting at $111. You’ll definitely want to buy your passes as soon as possible, as the prices will go up to $125 after the first tier sells out. With an announcement like this, that’s expected to happen pretty quickly!

Gorillaz at III Points 2017 by Kristin.