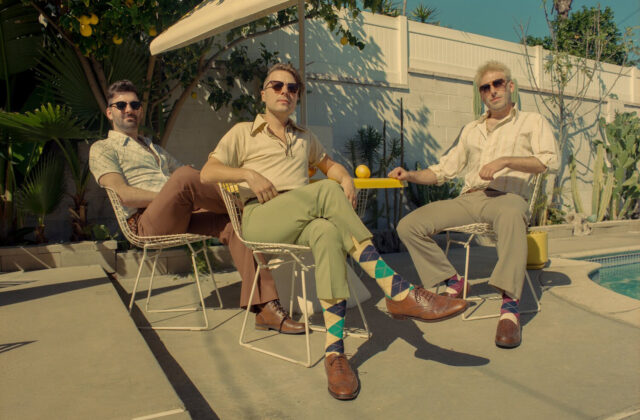 Born in the sun, sand, and shady palms of Miami Florida in 2015, Magic City Hippies consists of Robby Hunter, Pat Howard, John Caughlin. Their “Water Your Garden Tour” tests the waters  starting with two Central Florida shows before heading out for two months in 2022. First up, MCH drips into The Orpheum in Tampa Bay on December 29 (TICKETS HERE) and then trickles up I-4 to The Social in Orlando on Dec 30 (TICKETS HERE). They originated as the Robby Hunter band, but released their first album, Magic City Hippies, and took the title of the album as the bands new name. With the band’s name in place, they released their first EP, Hippie Castle, in the summer of 2015. The EP was a smash hit with the breakout single “Limestone” gathering over 20 million streams on Spotify alone, followed by “Fanfare” which had almost 19 million Spotify streams. Their funk filled rock sound, filled with salsa infused quips and a sly rhythm that has everyone in the audience dancing along. With Hippie Castle released, they traveled the country on a nonstop tour, playing Bonnaroo, Lollapalooza, Hulaween, Electric Forest, Okeechobee Fest, and Austin City Limits.

Following the release of the 2015 EP, they released a handful of singles until the release of their first album, Modern Animal, in 2019. The first album grew off of their Ep and the singles they had put out; it showed the maturity the band had grown, and the originality they gave back to their fans. Another summer filled pop album that will have anyone rolling the windows down and singing along with every lyric.

When lockdown hit, the band split up to different parts of the country and worked on songs separately. Coming back together they released five songs this winter to keep their fans bopping along as Magic City Hippies hit the road once again to start touring. They have a whopping four different dates in Florida with two of those dates in Central Florida. The band will start in Tampa playing at the Orpheum, move to Orlando where they will play at the Social, next is the Culture Room in Ft Lauderdale, and lastly, to kick-off their 2022 tour in January, they head to 1904 Music Hall in Jacksonville. Touring with the band will be Cannibal Kids in Tampa and Orlando, NYE Party and Cannibal Kids in Ft Lauderdale, and Courtship in Jacksonville. Catch Magic City Hippies at any of the venues as they rock out in Florida. Full Magic City Hippies 2022 Tour Dates below. We’ve teamed up with No Clubs to bring you some Free GA tickets to the Magic City Hippies at The Orpheum in Tampa on December 29, 2021, and the band threw in tickets for the Orlando date at The Social on Dec 30!