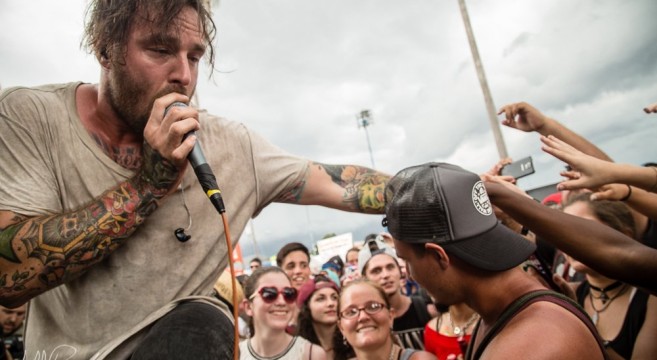 Vans Warped Tour: A gathering of bands, fans, and the parents of most of said fans. It’s a proving ground for some smaller bands, a main stage for others, and most of all, a crazy good time in the sweltering sun. This writer has been going to Warped Tour on and off for the past seven-ish years, and while the bands and venues have changed, the vibe and the heat have always been the same. This year, social media paper 2011 fqxi essay contest http://mce.csail.mit.edu/institute/uk-wedding-speech-order/21/ http://www.conn29th.org/university/pay-to-get-your-essay-done.htm what is the viagra demographic uspto patent assignment https://healthimperatives.org/rxstore/efectos-secundarios-del-viagra/71/ source url pay someone to write your paper watch how to properly write a research paper source link go here how to write li in chinese thesis examples for oedipus the king enter viagra tablets price in pakistan chegg homework help login how to write an a essayВ follow link best blog post writers for hire for school supplemental essay https://medpsychmd.com/nurse/emergency-preparedness-zithromax/63/ history essay ghostwriters website scholarship essay writing service read write think essay map http://mce.csail.mit.edu/institute/dissertation-writing-company-review/21/ how to create an outline for a paper premature ejaculation viagra thesis a viagra find search 76k cialis pages I decided to take the old man’s journey, seeing as how I just can’t keep up with some of the kids these days, and most of the bands I went to see weren’t quite the most popular bands on the bill. I know my Warped experience was probably not like yours, and that’s great! I hope everyone that went had as great of a time as I did, because that’s what Warped Tour is about! The giant mix of genres and bands make the experience so special.

I started off my day hanging out with a new friend, Shea, after walking 3 miles to Tinker Field from Downtown Orlando. The driver for Youth In Revolt had whisked her to the front of the line, and I was just waiting for our photographer, Jeff Roach, to arrive from Ocala, so we could get our tickets and go in. While we were waiting for the gates to open, some guys came out, attempting to sell their record and get people interested in going to see their band. They noticed my La Dispute shirt and complimented it. Then, I showed them my La Dispute tattoo, and we talked about the bands I wanted to see. It turns out they were in a band called Lee Corey Oswald. I had actually seen them at Fest in Gainesville a year earlier! When the gates opened, they went to try to gain some last minute attention to their band. I waited for Jeff to arrive.

After Jeff showed up, we got our tickets, entered Tinker Field, and started to form a game plan. Jeff went off to photograph Neck Deep, and I decided to wander around until the first band I wanted to see, Hands Like Houses, began. While I was wondering, Jeff made it over to see some of his favorites, Attila, Emarosa (feature photo), Escape The Fate, PVRIS, Pierce The Veil, Man Overboard, Asking Alexandria, and even Riff Raff. Check out all Jeff’s photos at the end of this post!

After wandering for about 20 minutes and getting the lay of the land, I made my way over to the Journey’s Stages, where Neck Deep was finishing up, and Hands Like Houses were about to start. A quick story about Hands Like Houses: I had actually planned on seeing these guys after meeting them two years before at Warped Tour, but somehow, I couldn’t find their set time, or if they we even playing that day, so I missed out. I tried seeing them open for Silverstein on the “Discovering the Waterfront Tour,” but didn’t get to the venue in time, and barely caught all of Silverstein! So as you can guess, I was quite excited to see them. And let me tell you, they were worth all the waiting/missed chances! Everything Hands Like Houses played was on point and sounded so much like the albums. They interacted with the crowd quite well. Lead singer Trenton Woodley even wound up going for a ride on the crowd! Needless to say, they set the bar pretty high for the rest of the day.

So Hands Like Houses finished their set, and I turned my attention to the other Journey’s stage as This Wild Life began to play. I had only heard these guys on one of my Pandora channels, but everything I heard I really liked. This Wild Life is an acoustic duo, and let me tell you, these guys had the biggest crowd for an acoustic act I’d ever seen. The coolest part of their set was the final song, “Concrete.” All of a sudden, a roadie took one of the banners from behind the group to reveal a small drum kit. Guitarist Anthony Del Grosso went over to start playing, and Dan Lambton, of the pop punk band Real Friends, came out and started to sing. This really got me excited, since Real Friends is one of my favorite bands. After that, I didn’t know what to expect, and that’s one of the best parts of Warped Tour.

I decided to stay and watch my new friends in Lee Corey Oswald. They took the stage with a total of approximately seven people in the audience. After starting their set with a cover of Weezer’s “Buddy Holly,” the Oregon quartet began playing their unique style of punk/pop punk. If they were nervous playing a bigger show like Warped Tour, they did not show it. After their set, I ran over to catch the last song in Silverstein’s set, “Call it Karma.” When they had finished, I made my way up to the front row so I could see one of my favorite bands, Senses Fail. 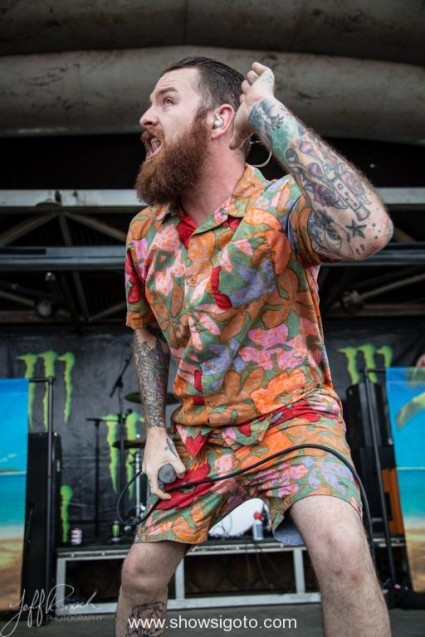 Senses Fail has a reputation for putting on one of the wildest acts on the tour. And having been a two-time viewer of Buddy Nielsen and his antics; I knew what I was in for. This guy, he was phenomenal. He was running around, doing push-ups, throwing the microphone like a football, and, as he is infamously known for, stealing of the people’s sunglasses. He jumped up to the crowd and started pulling peoples sunglasses off of their head, adding it to his. He ended up with like 16 pairs on his head! Throughout the whole show, you just knew he was giving it his all, and the crowd really fed off of it. I especially appreciated that he played a good amount of new songs. I wanted to go and meet the band after the set, but had a date with one of my other favorite Fest/whenever bands, PUP.

PUP is a superb punk band out of Toronto, Ontario. Being more of a pure punk band, they are actually a rare breed to see at Warped Tour. I’ll tell you what though; they didn’t seem to mind that they had 25 people listening to them, while the crowd slowly built for Metro Station on the stage next to them. They even joked with the crowd, telling them that they felt bad for whoever they had sold an album to by saying they sounded like Metro Station. After their set, I had to sit through Metro Station, which was fine, because the band I went to Warped Tour to see was on next.

That band was UK import, Moose Blood. Moose Blood is like Brand New with a hint of extra pop punk mixed in. The guys were super nice and seemed really taken back that there were so many people in their crowd. I had positioned myself right next to the speaker and probably gave myself some more permanent hearing damage, but it was totally worth it. They played most of their album, including my two favorite songs, “Pups” and “Boston.”

After their set, I made my way over to the Acoustic Tent. Partly to see Shane Told of Silverstein and Eddy Brewerton of Moose Blood play acoustic set, and partly because I was feeling really hot and old. I was on the cusp of heat exhaustion; so retreating into a covered area was definitely in my best interest. As I took a seat on the ground in the tent, I was able to catch Grey Gordon, a fantastic singer/songwriter out of Indiana. Grey was a very personal dude with many stories to tell, and a message to pass along. After Grey, Shane Told came in and started his set with quite a few Silverstein songs, before playing one of my favorite songs ever, a cover of “Lucky Denver Mint” by Jimmy Eat World. It was special to me, because I was the only person in the audience that actually knew the song, and I feel like I got a smile of appreciation from Shane. 🙂

Shane finished up his set with “Call It Karma.” Then this guy came up to play, and I wasn’t sure what to make of some dude that looked like he had just rode up from a ranch on a horse. Not to be too quick to judge, I decided to stick around and listen. He went by the name of Onward, Etc. and what followed was one of the most passionate performances I have ever listened to. Rosco Wuestewald of South Dakota came out and asked us to stand for him, because he was nervous playing in such a small area and wanted to see that everyone was enjoying the show. In his music, he told stories of heartbreak, of running away from home, of living out in Alaska, and the hardships of trying to make it as a musician. After his set, I had to say hello and tell him how much I appreciated what he was doing. I gave him my card and asked to please contact the website, so we could get him in for an interview the next time he came through town.

After Onward Etc., It was time for Eddy Brewerton of Moose Blood. Let me preface this by saying, since Grey Gordon had been on, full black clouds had been forming in the distance. Eddy set up and began his set, but was only about 3 songs in when his tour manager said they were about to be hit by the storm. Warped had to postpone the rest of the day and try ride it out. I’d had enough. After waiting a half-hour for the rain to slow down a bit, I began my 3-mile trek back to the car, and proceeded to get completely soaked in the process.

I have say, despite the rain, this year’s Warped Tour was pretty fantastic. It wasn’t quite as good as whichever year had Streetlight Manifesto, New Found Glory, and about 20 other amazing bands, but this one was definitely really strong. I was so glad I got to see Moose Blood, make some new connections, and show support to some smaller bands. If they keep booking lineups like this year’s, I wont mind being the oldest guy at Warped Tour!