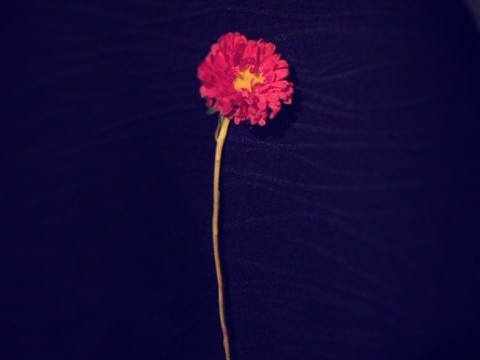 I think they intentionally gave us a soft opening; a minute or ten for everyone to calm their nerves a little before exploding into infinity. (The show sold out in 90 seconds!) With the lights pitched to black, Olivia Newton-John’s “Please Don’t Keep Me Waiting” came over the PA (heavy with irony), then, Brand New eased out onto the stage and began with a song that was fairly unknown (I think it was one of the “Untitled” songs from their demos that were leaked prior to The Devil And God Are Raging Inside Me but, I didn’t listen to any of those because I wanted to wait for the finished product). 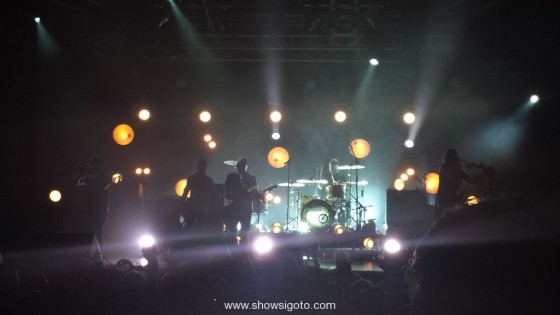 Then they went into “Degausser” and “Sic Transit Gloria” and two more from Deja Entendu. Then, three songs in a row from Daisy. Then three songs in a row from Your Favorite Weapon. I’m getting the fucking chills writing this. I can’t even tell you how many times I “lost my shit” that night. If I were to personify the Brand New show at House of Blues Orlando, I would tuck his/her hair behind his/her ear and somehow manage to force this through my trembling lips: “take me, take me back to your bed. I love you so much that it hurts my head.”

The thing I really love about Brand New’s albums is that they are each very distinct from one another. When listening, I feel that none of the songs sound like they belong on a different record. Every track remains ‘in theme’ with the album, making every album solid, and seemingly impermeable.

My favorite album, by a hair, is Deja Entendu. There is one thing that’s a little sexist and needs correcting in Mr. Jesse Lacey’s lyrics that I must point out in this album. In the song “I Will Play My Game Beneath the Spin Light,” he says “I am paid to make girls panic while I sing.” THIS IS BULLSHIT. Well, not entirely. Hear me out. Yes, every girl in the venue was in full panic mode. True. But me, and every other fucking dude there, were in the same state: Complete ¡PANIC! Here’s another shitty pic: 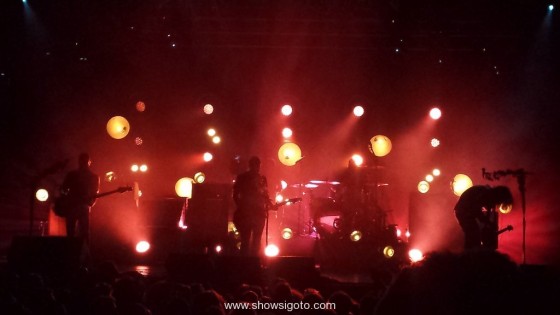 Lead guitarist, Vin Accardi stage dove into the crowd at the end of “Seventy Times 7” with his guitar and a Gopro camera attached to the headstock. Lacey soon followed to ride on the crowd, too. With a lot of younger members in the audience, one thing can be said: They most certainly have more guts than eleven year old kids. 😉 Check out this epic video Soorya took:

The crowd sang the entire intro (and came in early I believe) to “Okay, I Believe You, But My Tommy Gun Don’t.” As Jesse Lacey stole all our girlfriend’s and boyfriend’s hearts we sang the words he once scribbled to paper with whiskey nearby (or so I imagine):

“I am heaven sent. Don’t you dare forget.
I am all you’ve ever wanted,
what all the other boys all promised.
Sorry I told, I just needed you to know.”

Then Lacey and Co continued with their smug, but lovable, verses:

“We are entirely smooth.
We admit to the truth: We are the best at what we do.
And these are the words you wish you wrote down.
This is the way you wish your voice sounds; handsome and smart.”

It seemed that every inch of space in Orlando’s House of Blues was occupied by a die-hard, sweaty, passionate, Brand New fan. Brand New put off a lot of energy, but, we matched them, and reciprocated, well. Really, really well.

Each vocal microphone stand had fresh cut flowers tied to the boom-arm leading to each mic. Throughout the set, those flowers were ripped away from their homes and set free into the audience. Arms all reached up in hopes to grab what was once so close to Jesse Lacey and company; the first organic thing on the receiving end of those words we all sang along to. A single noun that elegantly represented the entire evening: A flower.  After the show, I managed to get one. 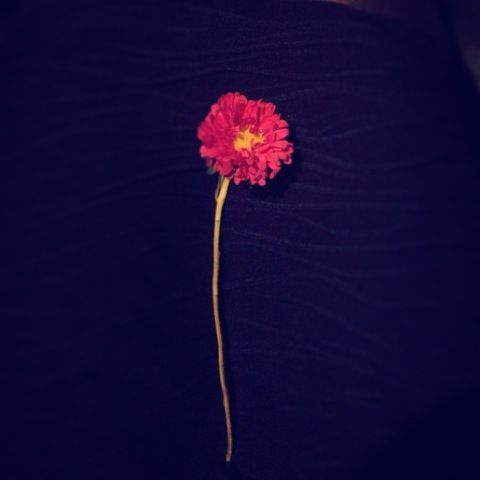 There was no encore. One wasn’t warranted. Brand New came to Orlando, placed everything we requested elegantly on a stage in front of us, we ate it up, devouringly so, they thanked us, and left us tingling; alive. I’m wasting words on lower cases and capitals.