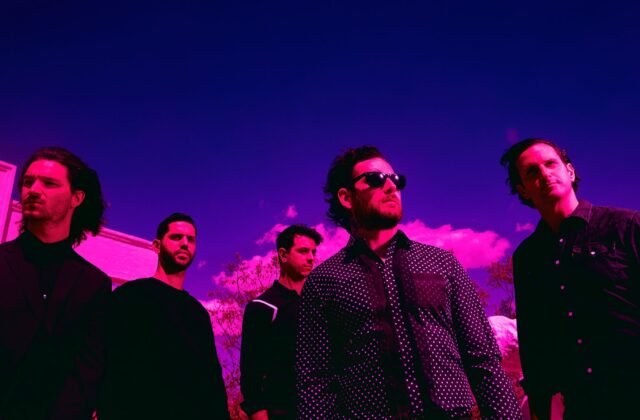 Yo Orlando! It’s your time to Follow Your Bliss! Senses Fail are coming to town! They’re bringing the “Hell Is In Your Head” tour to the House of Blues in Orlando on Saturday, November 19th and they’re bringing along a full cadre of fellow rockers, including Orlando natives Magnolia Park, and pop-punkers Can’t Swim! With a mix of music like this, it’s almost like a mini-Warped Tour revival! GET TICKETS HERE! I’ve been seeing Senses Fail since 2007 and, while having missed the initial run from their ultra popular Let It Enfold You, have seen the growth and changes of this band for 15 (whoa) years, and let me tell you, it’s been a crazy good time. The early days, with Still Searching and Life Is Not A Waiting Room included some of the most introspective and existential questions I had faced pre-college. Later albums would get a bit more aggressive, a bit more hardcore, at least melodically but still maintained that softer, more yearning edge that their earlier songs had, while exploring deeper and more adult themes, including sexual identity and alternate religions. Most recently, they have been returning to an original mode, if you will, with If There Is Light, It Will Find You (2018) and of course, the new Hell Is In Your Head with a more melodic, yet still thought provoking, post-hardcore sound that they are so well known for.

Seeing Senses Fail live is like a releasing of a massive ball of energy and then spreading it all over the room, letting it seep into the pores of everyone there. The crowd is always moving, moshing or dancing along to the music, screaming and singing their lungs out the words along with Buddy, and Buddy will feed and feed and feed them, up on the stage moving like he’s the reincarnated Diamond Dave (Lee Roth, of Van Halen). There’s seriously few lead singers in the game today that have charisma like Buddy. Part of that, I think, is the give-and-take connection between him and the crowd, with a pure passion for the words that he is saying that is felt and reciprocated from the audience.

Wow, this is the most I’ve written about a band in a while, which kinda goes to show just how much I absolutely appreciate this band. Of those old early 00’s post-hardcore bands, there’s not many I still keep up with (sorry Silverstein!), but Senses Fail has always been one of the few that I can still call appointment listening (and viewing, in the live sense 🙂 ) and have never showed any signs of slowing down. Make sure you enter now, and snag a couple extras for your friends, cuz everyone will be leaving this show with a bunch of sweat, lost voices, and big ol’ smiles on their faces. House Of Blues! November 19th! Be there! GET TICKETS HERE!

We’ve teamed up with Live Nation FL to give you a chance to WIN (2) TICKETS to see SENSES FAIL at House of Blues Orlando on Nov 19, 2022!