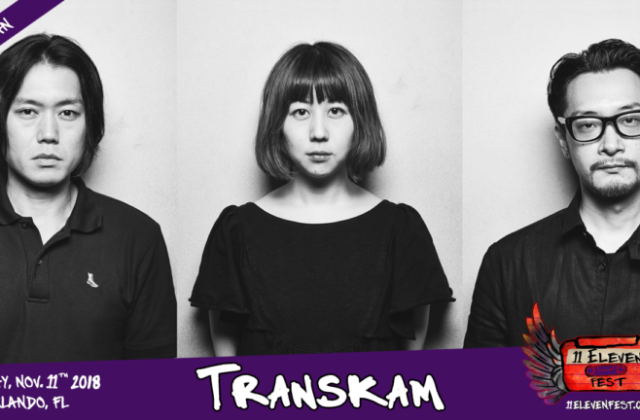 Transkam is Trip-music. The three-piece consists of Yana (Drummer of “Numbs”), Tune (Guitarist of “Alan Smithee’s MAD Universe”), formed in November 2013. Yukiyo (Bassist of “TACOBONDS”) joined the band in 2014.

Their first album titled, BLUESHADE OF THE OMEGASOUND was released on Zot Records in June 2016. After coming off a great tour in the US 2016, they are coming back for a 1 week tour in Florida this November.

Shows I Go To: We’re stoked to have Transkam as a part of 11Eleven Fest! You toured the US back in 2016, what were some of your favorite places to play?

Tune: I liked playing in Baltimore at The Crown because the audience was very nice.
Yana: I liked the Funhouse in PA bin Japan we have very well equipped venues and this was a bar and the set up was interesting to work with.
Yuki: A House Show in New Brunswick because the bands we played with were good and playing a house show is very American and there’s no house shows in Japan.

SIGT: Concept is HxCx / minimal / ’90V / Junk / Industrial / Krautrock.’ I love this description! How do you incorporate all of these concepts while creating?

Transkam: They are all different genres but we think they are all the same so, its very natural to write songs for us including the all genres.”

SIGT: How much of your live performance is improvisation, if any?

Transkam: As far as bass and drums, its structured, but guitar has room from improvisation.

SIGT: You’ve been creating music since 2013, what’s been the biggest lesson/growing experience over the past five years for you as a band?

Transkam: Playing overseas has been the biggest growing experiences for us because of performing in a different environment and to a different audience. Also, it is very different from Japan. So we had to adjust to the different culture when it comes to event production and sound.

Since we’ve been together 5 years, it has not just been one experience, but, we know what our capacities are as a band. So, we know at what capacity our sound can be performed at, so it pushed us.”

SIGT: What are your favorite drinks to have while playing a show?

SIGT: If you could have any three artists, dead or alive, play at your Funeral, who would they be? 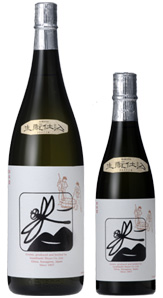 The Japanese rhythmic rock trio just dropped their new EP, EP 2! Transkam have honed their sound into an insanely tight machine on this EP, giving us their signature, almost industrial sound, but, with even more meticulous innovation.

Steam their new music on Bandcamp, and get ready to rip live with them in just a little over a week! ? 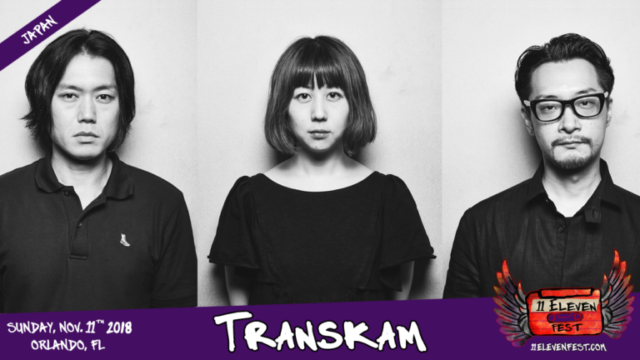