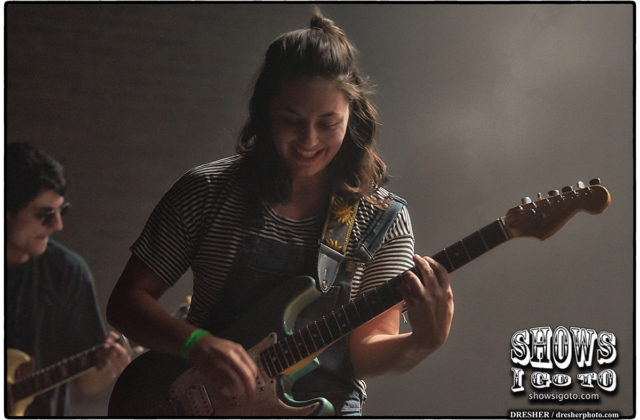 The Vaughns — A great band that you should know.

So — it has been a long time since I’ve written anything.  I know.

It’s not like I wasn’t here in spirit.  Truth is, I’m incredibly lazy.

I had the opportunity to interview a (new) local band by the name of “The Vaughns.”  Having gone to what feels like a few thousand live shows, there have been only a few times where I was completely stopped in my tracks and just watched in awe.  (Here are a few…)

There were more, for sure, but that is for a different story.

Anyways – There is something special about The Vaughns.  In the interest of time, I will list them —

I made a quirky attempt at interviewing them, and the link below is the audio of that interview.

I edited out the fact that I spoke way too much – my apologies to The Vaughns.

But here are some other questions …

When a band has a “The” in their title, should we then write about them as the, “The Vaughns”?  Just how many “the”s are required to maintain proper grammar?

And – if you think about it, there are a lot of talented people out in the world.  It is a shame that they aren’t all well-known.  Perhaps the internet has made it difficult for musicians to make a living, but finding new music is easier than ever.

Back to the The Vaughns.

This is a band worth listening to.  They are young, and their live shows are still raw, but they offer an amazing opportunity to get in on the ground floor on knowing and supporting a band well before everyone catches on, and you can say you knew them when…

And here is the rant — This is the band you wish you were friends with when you were all in high school.  You wish the singer was your lab partner and the two of you had all of the good jokes, and you could laugh at the other students in the class — the jocks, the suck-ups, the kids who all followed the rules.  And then in looking back, you wish you had known how much you loved her, and how you wish you had stayed in touch, and how much you wish to have those days back, and how you wish you knew just how much she liked you, and you wished she knew how much she liked you, but you were just tentative friends.  But you were friends who had the inside track, you were the cool ones, and it was the others who weren’t allowed in your club, not the other way around.  And you liked the same movies, and you loved The Clash.  And you were heartbroken when she started going out with a real asshole, and why couldn’t she like you that way — of course you were “friends” but you were too much of a dork to be honest with yourself and your lab partner.  There is no other love quite like that.  And that kind of love is the crap they make into movies, where in the end you get the girl, or you have a big fight and finally express yourself, but right after you feel like an idiot, and then write a bunch of crappy songs to try to take back what you said.

So you sat with the other introverts during lunch, and you made up your own language and you laughed at everyone who you secretly wanted to be, but now that you’re older, you are sooooooo glad you weren’t.  High school was hard.  Being in love was harder.  Knowing how to be in love was really hard, and really understanding what being in love was – nearly impossible.  You couldn’t ask your parents, and the movies were such bullshit.

But that is what makes us what we are, and makes us truly appreciate the people who you do really love.  And that gives you licence to daydream and make up or rewrite your own past, if only so you can finally feel better about yourself and the stupid stuff you did, and hope those you hurt have forgiven you.

There is a great deal of pressure on hoping the singer of the band can save you, but you need to be saved.  You wish you were the person she was singing about, but you have to deal with the realization that you aren’t.

But it was nice to daydream wasn’t it?

And that is what The Vaughns make you think about.  Well, at least me anyway.  But what do I know?

I should stop trying the great American novel.  Perhaps some short thoughts.

Did I mention the, The Vaughns?  God, they are good.

You should listen to them!!!

Have some pictures of The Vaughns.

The Vaughns Interview, Review, and Photos by Doug I Go To.