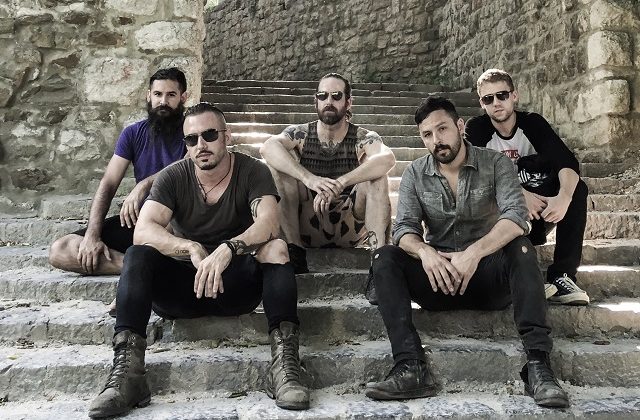 In a year of monumentally shitty proportions, Dillinger Escape Plan (DEP) have managed to make things worse. As if national tragedies, dead celebrities, and a bizarre infatuation with a dead gorilla weren’t enough, DEP has announced their imminent breakup. But this announcement came bearing some good news too; one final album entitled Dissociation and a global tour supporting it. Although it doesn’t completely mend the wound of their departure, their show with Cult Leader, Car Bomb, and O’Brother at St. Petersburg’s State Theater made evident they intend to close this chapter of their career on a high-note in the midst of this historical low-note.

It’s safe to assume everyone in the venue that night was just as devastated as myself about DEP’s announcement, and have probably passed the seven stages of grief at this point. That was until openers Cult Leader made it their mission to bring us all back down to the anger stage of that grieving process.

Salt Lake City’s Cult Leader are the soundtrack to the worst day of your life. On record, these guys combine elements of hardcore, grind, and sludge to create their own special brand of volatility. In person, that genre-blending assault takes on a monstrous life of its own. From the moment they began playing, they relentlessly plowed through their songs with enough energy and ire to turn even the meekest and docile attendee (me) into one of those raging zombie-things in 28 Days Later*.

*I’m exaggerating of course. Everyone was just kinda bobbing their head, but I’m pretty sure we were all just internalizing our rage. 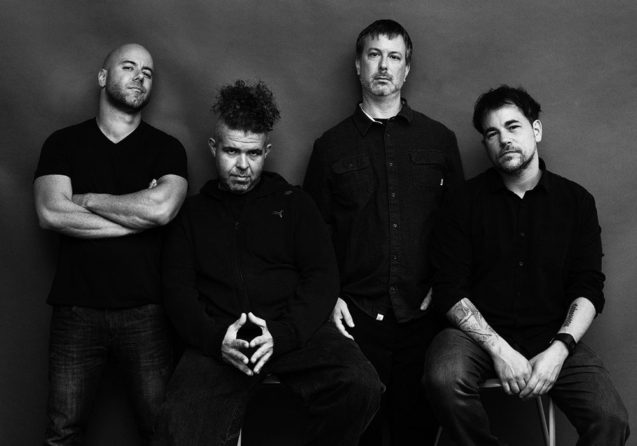 Shifting gears from pissed-off music to pissed-off music in a strange time signature comes Car Bomb. As a music journalist, I know it’s lazy to simply describe a band as sounding like other bands, but man, there are some clear parallels to Meshuggah here. Imagine a version of Meshuggah that grew up listening to New England hardcore and cared less about mechanical precision and more about raw intensity. Add some sci-fi sounding guitar effects and the occasional Deftones-esque clean singing, and you have yourself a pretty “explosive”* addition to the scarcely populated world of mathcore. Aside from a few faulty deliveries on the clean singing, Car Bomb put on a hell of a show.

*I’m not apologizing for that ham-fisted car bomb joke.

Providing a much needed change of pace, Atlanta’s O’Brother were the eye of this chaotic hardcore storm. Undoubtedly the least aggressive band on the bill, their murky and atmospheric take on post-rock/metal was not without it’ own level of heaviness. Three guitarists, replete with their own personal army of pedals, created deep walls of sound that rattled the venue. Yet singer/guitarist Tanner Merrit truly set these guys apart. Even with waves of crushing riffs surrounding him, his haunting vocals beautifully echoed through. Of the three times I’ve seen them, this was their best performance yet. That didn’t stop me from condescendingly groaning “Oh Brother” between songs as much as I could without provoking my friends to leave the show without me.

It appears O’Brother’s post-rock reprieve was just what the crowd needed to get themselves physically and mentally prepared for battle. DEP have a reputation for not just their frantic and experimental mathcore, but their ability to turn a humble venue into a war zone of flying fists and thrashing bodies.

And that is exactly what happened the moment Dillinger hit the stage with ‘Limerent Death’. In an instant, my body was swept by the undercurrent of the crowd, and would not let me go. Even the band’s strategically placed slow songs in their setlist did little to quell the frenzy of moshing, crowdsurfing, and everyone shouting their hearts out to all the words. And I was right there with them, until the sloshing PBRs in my belly caused me to take more than a couple of time-outs.

As I waited for the bouts of nausea to pass, I could not help but stare in awe of the band’s performance. It’s difficult to hone in on one specific member. Whether it’s drummer Billy Rymer’s flurried and technical beats, bassist Liam Wilson keeping up with the drummer to create one of the tightest rhythm sections on earth, Ben “Wine Man” Weiman’s* energetic and immaculate virtuosity, or Greg Puciato’s shrill, powerful vocals and his ability to captivate the crowd. When I wasn’t moshing myself to the point of self-destruction, I was witnessing a band at the height of their game.

As they closed their set to “43% burnt” the crowd erupted in a thunderous applause, and I finally felt the peace I needed. After that night, I now know history will mark Dillinger as a band who didn’t just go out with a bang, but a band who went out on their own terms. A band who left their fans wanting more, rather than nothing at all. And if they are really gone for good (which is almost never the case in music), I couldn’t have asked for a better send-off.

*Nobody I know actually calls him “wine man”, nor do I know if he even likes wine, but I’m hoping the name catches on.