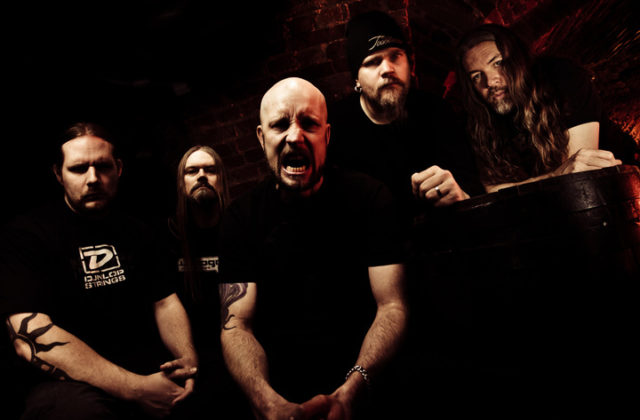 Three days. Only three days between the release of Meshuggah’s 8th studio album The Violent Sleep of Reason and their first North American tour date here in Orlando. 72 hours might seem like a generous amount of time to become acquainted with a band’s new album before seeing them live, but it isn’t. Sure, I could have downloaded the album leak weeks ago, but those piracy days are behind me. I’m a Spotify man now…admittedly not much better, but I can assuage my conscious knowing my premium membership and my numerous play-throughs of Violent Sleep at least marginally compensated the band. And with each play-through, I grew more and more excited to see these tech-metal pioneers take the House of Blues stage with opener High on Fire. Typically, this is the part where I talk about how High on Fire graced us with their unique brand of raw, incendiary sludge/stoner metal, providing the perfect counterpoint to Meshuggah’s cold, calculated offerings. However, it appears High on Fire are the latest victims of House of Blues’ rigid stance against what they deem to be inappropriate band names. In their place, the opening slot was awarded to local act 5 Billion Dead. A choice that implies death on a massive scale is perfectly acceptable to Disney, as long as no vague allusions to weed are involved.

In spite of this flawed logic, 5 Billion Dead made a great replacement, showcasing their own straight-forward approach to early 2000’s era metalcore. Fans of Killswitch Engage or Unearth can find some familiar sounds in this band’s mix of heavy riffs, shredding solos, and melodic approach to clean and growled vocals. As entertaining as 5 Billion Dead were, it was hard for me not to dwell on the last time Meshuggah rolled through Orlando. When they played the Beacham a few years back, vocalist Jens Kidman suffered from a severe cold, and was unable to sing to his fullest ability. Chances of him being sick once again were pretty slim, but it didn’t stop my concerns.

Once the band hit the stage and kicked things off with their newest album opener “Clockworks,” my concerns melted away, as did every single face in that venue.

If you’ve never had the pleasure of hearing Meshuggah live, simply listen to one of their albums and imagine it 100 times louder. The band has made a name for themselves, not only for their highly complex, hyper-technical approach to metal — they are also known for their superhuman ability to replicate their recorded material to near-perfect levels in live performances. Each chord, each deafening blow to the kick-drum can be heard with crystal clarity. Even Jens’ vocals soared above the crushing heaviness of the band and growled as accurately to his performance on any album.

The band was amazing to see, solely due to their own talented merits. But their performance was only further enhanced by an impressive light show. Rows and rows of lights, ranging from starkly monochromatic to vividly colorful, illuminated the stage. Each individual set of lights flashed in sync with the 2-18,000 poly-rhythms playing at any given moment, adding a dizzying tangibility to their mind-bending music. Nearly 30 years deep in their career, Meshuggah continue to defend their reigning influence in the world of metal. If you are ever presented with the opportunity to see them, or just want to see the closest any group of humans will come to performing music with machine-like accuracy, do not miss them.