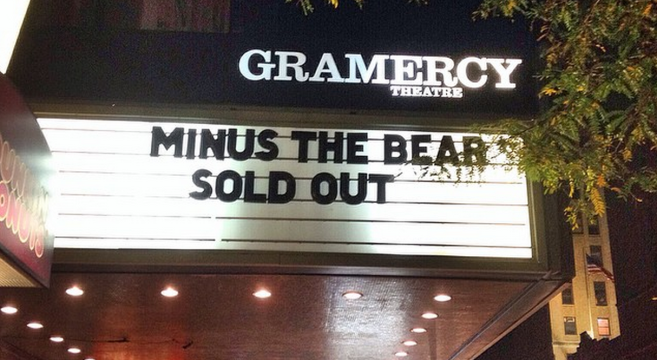 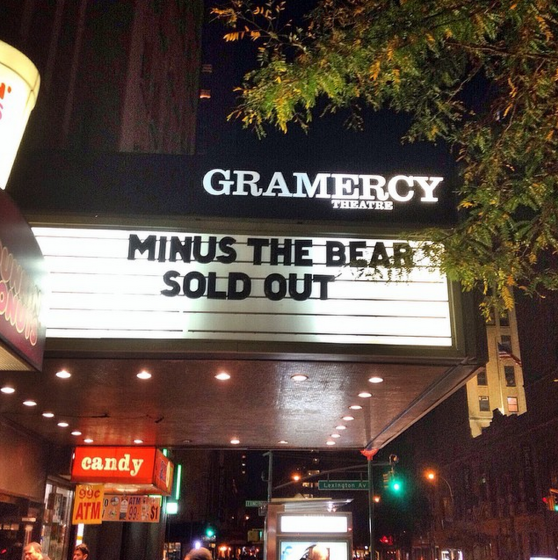 Atlanta Georgia’s O’Brother kicked things off with their beautiful, nightmarish tunes. They have been a “buzz band” since they released their debut album EP, In Comparison To Me, in 2006. With its atmospherics and shoegaze influence, the album caught immediate attention in the underground scene. Although the music that they currently make is not radically different from this EP, they have definitely progressed.

This has a lot to do with the vocalist change that happened for the 2009 EP The Death Of The Day. Current guitarist/vocalist Tanner Merritt has a Thom York-ish meets Muse type of singing style. In fact, musically, there is a Radiohead and Muse collision. O’Brother caught my attention after they were hand picked by my all time favorite band Thrice (currently on an indefinite hiatus) to open for their “farewell tour” in May of 2012.

Upon hearing their wonderful debut album Garden Window I was hooked. With its mood swinging Mogwai influenced tracks I couldn’t help myself. This particular set featured mostly songs from their latest release, the brilliant Disillusion, which came out in 2013. The first thing you will notice during an O’Brother show it that all the musicians are very busy the entire set. This is because their dynamics of quiet-and-loud ethereal noises come flying at you for the duration.

The lighting during their set married the music, driving the otherworldly experience home. They captivated the Minus The Bear-heavy crowd, who were helplessly banging their heads to the sludgyness of “Oblivion” and “Disillusion.” Another standout performance was “Poison!,” which featured guitarist Jordan McGhin playing the majority of the song in an almost back-bend position. However, my favorite performance was of “Perilous Love,” which showcased their ability to be super heavy without using formulaic breakdowns. 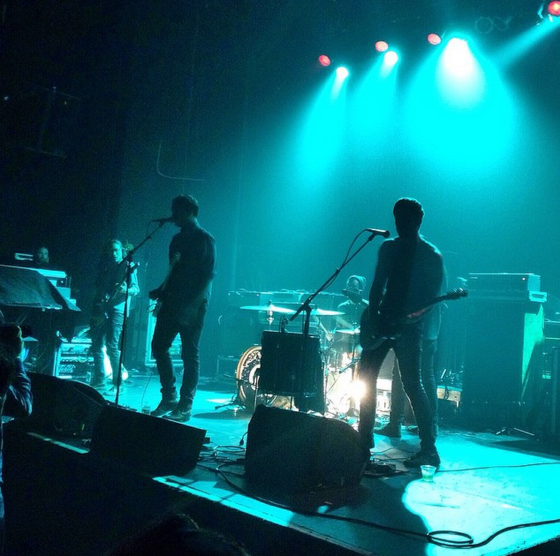 After their last song, I could hear several people standing near me uttering, “wow,” while looking at one another. I was positioned near the front of the room and close to where all their gear went after their set ended. Several people came up to them to give them praise.

Minus The Bear is one of my favorite bands to see live, and I was highly anticipating seeing them again. They are the band I have seen the most since I moved to NYC and it had been a year since I had seen them last with Circa Survive. Since Thrice’s hiatus, these guys have quickly became one of my favorite bands. Their mixture of math-rock mixed with alternative is masterful. They also make great use of electronics.

Dave Knudson is one of my favorite guitar players with his great use of pedals and gorgeous guitar-taps. The show had a nostalgic feel to it as a result of the anniversary celebration. Which carried onto the next night as I would see Finch play in the same exact venue. 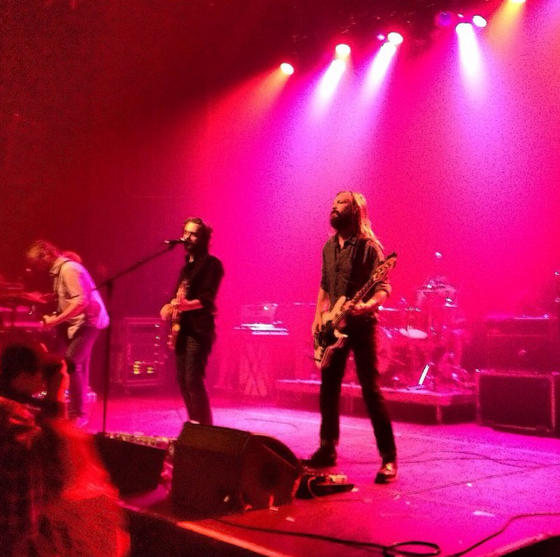 Seattle veterans Minus The Bear opened by playing They Make Beer Commercials Like This in its entirety. The people in the crowd closer to my age (late 20s) sang along, loud. It wasn’t until they played some tracks off their newer releases when the entire crowd would come to life.

“Hey! Is That A Ninja Up There?” is my favorite from that EP and I throughly enjoyed seeing it live. The catalyst song that ignited the audience was the popular, “My Time.” They played a few tracks from their B-Side album, Lost Loves, released in 2014, which was great because it is the closest thing to new MTB material until they release a proper new album.

Aside from playing the driving “Diamond Lightning” from 2012’s Infinity Overhead, the rest of their set was old material. Mainstays like “Pachuca Sunrise” and “Absinthe Party At The Fly Honey Warehouse” are always a delight to see live. The entire audience acted as a choir during these two songs. Drummer Erin Tate was absent from the show due to a personal matter and drum tech Kiefer Matthias did an excellent job filling in. He didn’t miss a beat (get it?).

After every song’s completion bassist Cory Murchy would oddly give the crowd a thumbs up. Towards the end of the show, everyone in the audience would respond back with a two thumbs up. Highlight of the night was their performance of “Knights” it was the final song of the set and Minus The Bear, as well as the crowd, were all in!

Minus The Bear Live Review by Tyler Holland.