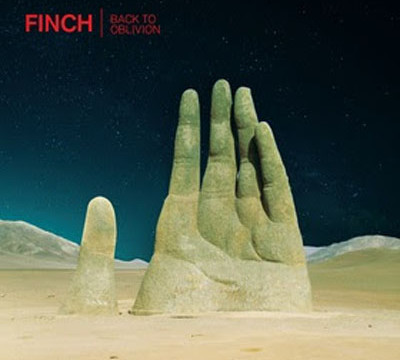 Like a phoenix rising from the ashes, Finch is back with a new album, Back To Oblivion (Razor & Tie Records). Their first album since 2005’s Say Hello To Sunshine. I recognize that I may be in the majority for this, but I loved Say Hello To Sunshine. Hold onto that thought for a moment, as we are about to travel through time. 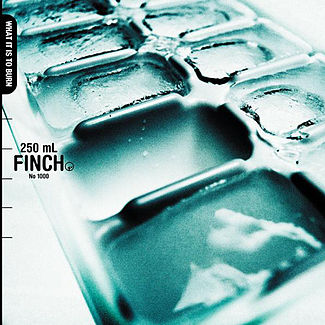 We’re now arriving in 2002. Finch released What It Is To Burn on Drive-Thru Records, which at the time along with Epitaph Records were the two most important record labels in the underground. Epitaph, at the time was known for being the home for punk bands like: Pennywise, Rancid, Dropkick Murphys, and Bad Religion. Drive Thru was the place for bands who put more of the pop in that punk. Check out this alumni: New Found Glory, Starting Line, The Movielife, and Something Corporate.

If you were in your mid-teens at the time (like me), these bands were the soundtrack to your life. What It Is To Burn exploded like a grenade onto the scene. (A scene covered by Blink-182 styled pop punk bands.) It was the heaviest album that Drive-Thru had released at this point (Senses Fail wouldn’t be too far behind). Not just heavy in sound, but in foundation. It created a genre known as “screamo” with its passionate blend of emotion, aggression, and pop punk. That sound became very popular after the album’s release. However, Finch certainly didn’t invent the screamo sound, many credit bands like The Blood Brothers and Circle Takes The Square as pioneers of the genre. But, Thursday and Finch perfected it. As a result of popularity, the few years that followed it appeared as though there was a factory somewhere turning out cookie cutter screamo bands. 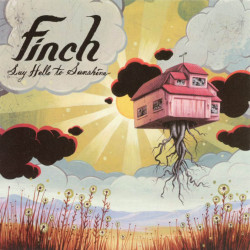 Back to our time machine! Traveling to 2005, in a scene that had become very stagnant. Finch did what any respectable band should want to do: Progress their sound. This resulted in a grittier, harder, and more mature sound on Say Hello To Sunshine. The album with it’s sharp departure from their previous release took on a more post-hardcore sound–a sound originating from bands like Fugazi, and brought to the forefront as a result of the increased popularity of bands like At The Drive-In and Glassjaw.

Daryl Palumbo of Glassjaw lent his vocals to one of the two outlier tracks on What It Is To Burn, “Grey Matter.” The other track being the Fight Club influenced “Project Mayhem.” These tracks served as foreshadowing to Say Hello To Sunshine. Upon the album release, many who expecting the familiar “screamo” sound were very disappointed. As a dude in my late teens at the time, I embraced this Deftones influenced, heavy- Incubus sound. Pop punk and screamo no longer spoke to me.

Say Hello To Sunshine was not well received, leading to less than expected sales numbers. There were talks of a third album, but they soon dissolved as the band officially called it quits in 2010 after years of inactivity. In 2012 Finch reunited to tour for the “What Is Is To Burn 10th Anniversary Tour,” and naturally began writing new songs in the process. 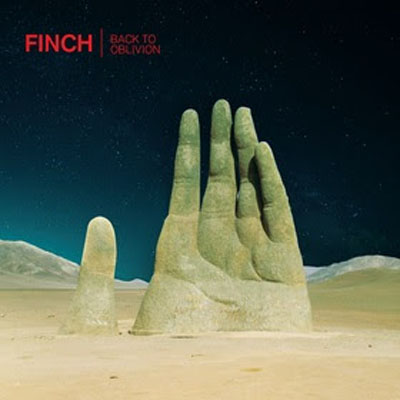 Our time machine now brings us to present day, 9 years after Say Hello To Sunshine, and Finch is back with a new album! Why should you care about this new release after all those years? Because, Back To Oblivion is brilliant.

The album title track and opening track, “Back To Oblibion,” kicks this record off with a bang! Those expecting the new release to sound like What Is It To Burn may be tricked by this song as it is the only track to sound similar to WIITB, with its crushing chorus. I see this song becoming a staple for their live shows. The rest of Back To Oblivion is an expansion of the sound of Say Hello To Sunshine. Goodluck trying to get the lead riff of “Anywhere But Here” out of your head. I like the juxtaposition of this album beginning fast and aggressive and concluding with the softest songs they have ever crafted in the final two tracks of the album.

Upon a first listen of “Picasso Trigger” it could easily be confused for a Deftones’ track. “Us Vs. Them” is a perfect mix of how heavy and how slow Finch can get in the same track. The most impressive song on the album is the cinematic “Inferium.” It is a song that builds perfectly and you can almost feel yourself getting swept off your feet. The album closes with “New Wave.” This track would fit in with anything that The Dear Hunter has ever released.

Yes, the future remains uncertain. And many speculate that this may be Finch’s final album. However, if the rumors find truth, the way this album concludes would be an amazing way to wrap up the Finch trilogy.

Catch them in Orlando, FL on Saturday October 25 at The Beacham. Get Tickets Here. Full list of dates are below.