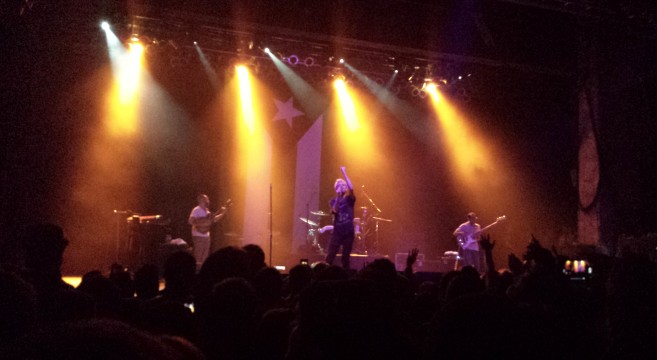 “Are you turned on? Are you turned on?? Forcing A lover, to love another…” Fuck men. We are all pieces of shit. Greedy, selfish, pieces of shit. We want threesomes. We’re insecure. A perfect lover is perfect. It’s never enough though. We attempt to force the one we love to agree to “love” another so we can selfishly have our fucking cake, and eat it too.

We woke her, her kids, her husband, and her two dogs up at 4am because my stupid ass broke the key to the front door trying to steal the glassJAw poster from The Paramount. Serves me right. Idiot.

Daryl and his bleached blond hair burned around the stage like the glow of lit kerosene in the night. Screaming about The Gillette Calcave of Sports, Pink Roses, Two Tabs of Mescaline, and why to Tip Your Bartender. Here’s a shitty pic: 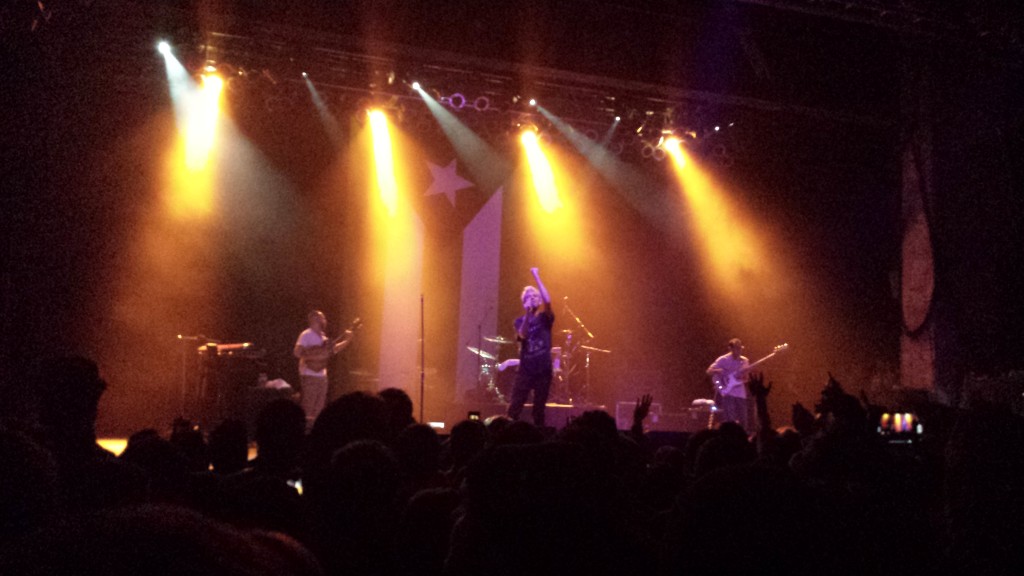 This was my second time seeing Glassjaw. What a fucking treat it was to see them in their home town. As full as I was from the mass amounts of Zorns turkey I shoved down my gullet (courtesy of my sister), I had no problem screaming the words to every song. Someone got punched in the nose pretty early on. Now wish I would have photographed him. I have the image burned into my brain.

Watch the video for one of my favorite songs, and the first song of their set “Mu Empire” below:

Worship and Tribute if one of my favorite albums of all time. The drums absolutely fucking rule on that album. Agree? Guess who the drummer was. Remember Godsmack? Yes? It was Shannon Larkin, the drummer from Godsmack. Weird? Either way, it fucking rules and he should get more credit for that shit. [Here is my segue] Speaking of drummers… Glassjaw drummer Durijah Lang was joined by Billy Rymer on a second drum kit for four songs. Billy happens to be the drummer of Dillenger Escape Plan. Here’s a shitty pic of them two rocking the fuck out: 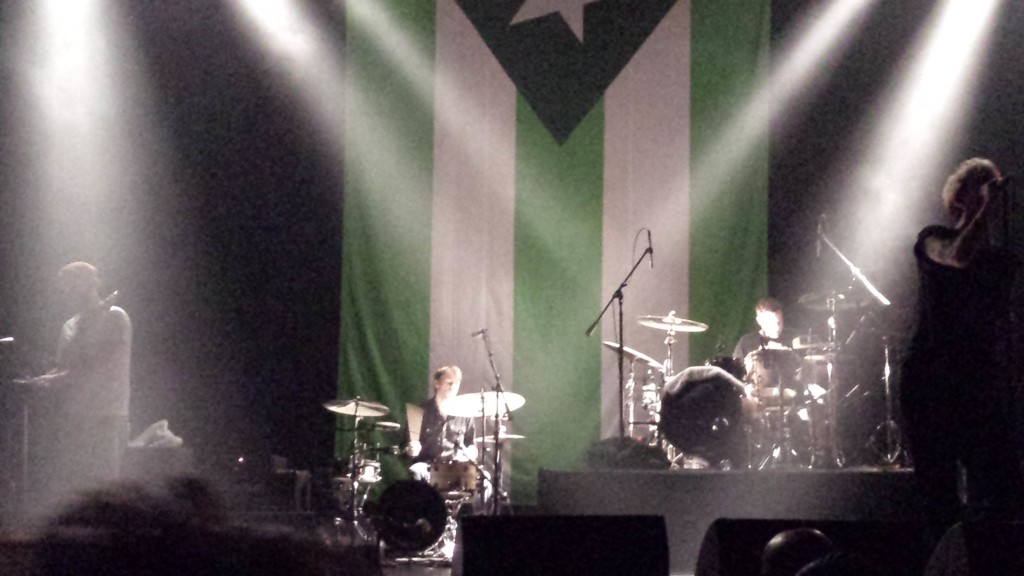 Did you know the original ending edit of the Cosmopolitan Bloodloss Video was the murder of all of the members of Glassjaw? Here’s the original video. Fast forward to the end if you’d like.

My friend threw up in his sleep. Remember? Well, that’s how people fucking die. My friend almost died. Fuck the $5000.00 leather couch, fuck the drunken disrespect, my friend almost died. However, once my brother-in-law found out about the couch, he was ready to kill my friend, again. I called my friend a cab and got him the fuck out of there, before he really died.

Do you smoke weed? Go to their site and buy the Hoja t-shirt. It comes with a cute pack rolling papers that look like this: 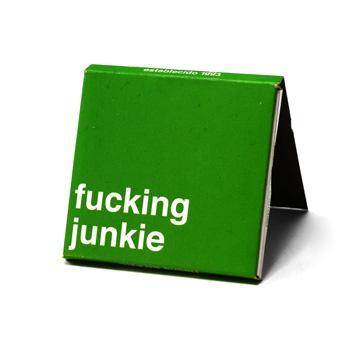 “I keep you jealously to myself. A photo the size of a kiss. A kiss in the shape of a bullet…” What a great, melodically sound, song. How do you write drums to that guitar? How in the fuck do you write vocals to those drums, guitar, and bass?? Here’s the song I mentioned at the beginning “Forcing a love to love another…” Check out the Glassjaw Syberian Kiss Video below:

When Glassjaw came to Florida last, they played at Club Firestone. That place kinda blows for shows. Glassjaw killed it though. They gave out free copies of their EP “Coloring Book”, which I got two copies of. I sold one to a dude in Australia. For $30.00. Yes, I know I’m a piece of shit, however, I would have paid $30 myself had I lived in Australia at the time and loved Glassjaw.