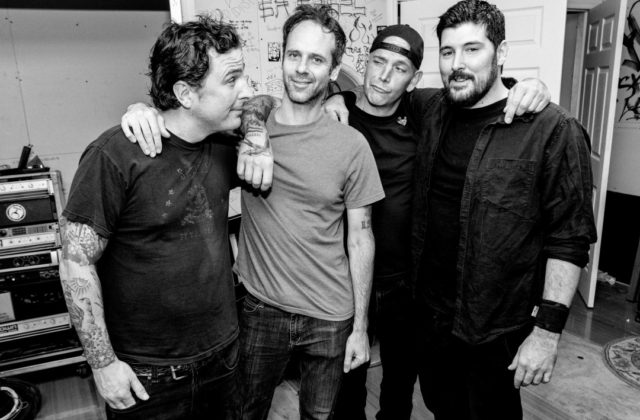 I’ll never forget the first time I saw The Bouncing Souls. The show took place on the patio behind Spanky’s Sports Bar in West Palm Beach, Florida during the late-’90s. It was just after the release of the fourth album Hopeless Romantic. I have been a fan of The Bouncing Souls since hearing their song “Say Anything” on a Punk-O-Rama CD that was given to me when I bought a pair of Vans shoes. I remember The Bouncing Souls coming out and tearing through pretty much every song I wanted to hear them play. About halfway through this experience, rain started to pour but they never stopped playing. The rain was coming down so hard that the patio began to flood — by the end of the show, I was dancing around in water up to my ankles while singing along to every song. To this day, that show from The Bouncing Souls is still one of my favorite punk rock memories.

On July 29, 2016, The Bouncing Souls released their tenth studio album Simplicity. On this album, they sought out to recapture the spirit of their earlier works without being too over-produced and they succeeded. Simplicity is by far the best Bouncing Souls album I have heard in years. It definitely brings me back to when I was dancing along in the puddles. I had the opportunity to catch them for the first time since that drenched night at Connection Festival just a week prior, and I can attest that these guys have still got it. 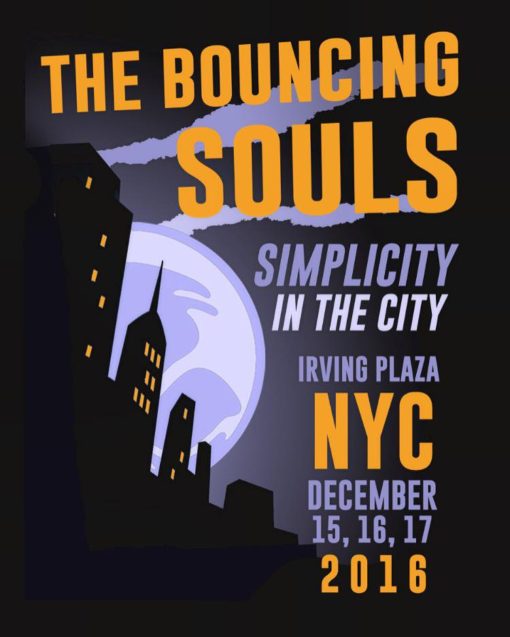 The Bouncing Souls will be taking up a three-night residency at Irving Plaza on Thursday, December 15, Friday, December 16 and Saturday, December 17, 2016. Each night will feature different support acts.

Masked Intruder and The Scandals

Off With Their Heads and Crazy & The Brains

Anti-Flag and Up For Nothing

GET TIX TO THE BOUNCING SOULS @ IRVING PLAZA HERE