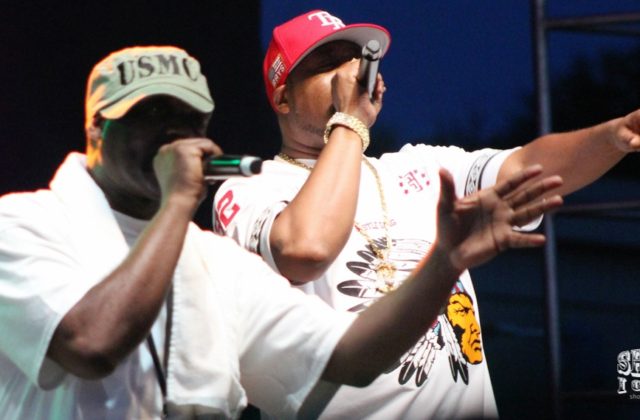 When I saw that Cage the Elephant was a part of Jacksonville’s 3rd annual Connection Festival, I was sold immediately. Add Against Me! and The Bouncing Souls to the mix and throw in a rare performance by Wu-Tang Clan, and you have one of the best festivals that Florida has to offer. Not only did Connection Festival give me a chance to see some of my favorite bands in one lineup; it also featured some great regional artists across four different stages. To top it off, it was hosted by “The Weasel” himself, comedian Pauly Shore.

I was greeted with a torrential downpour as I pulled into the parking lot of Connection Festival. Ignoring requests from friends to wait out the rain at a bar, I determinedly made my way to see The Bouncing Souls. I haven’t seen The Bouncing Souls live since the late ’90s, but do consider myself an avid fan and have been for decades. Luckily, the rain subsided about twenty minutes before their set, which gave me plenty of time to find a prime spot to see these punk-rock legends do their thing. Their set was packed full of fan favorites and sing-a-longs. They even played a song from their new album Simplicity which came out Friday, July 29. It was enthralling to hear the band’s classics live for the first time in years. I’m definitely not waiting this long to catch The Bouncing Souls live again.

New Orleans’s Water Seed was among the most pleasant surprises of the day. I accidentally stumbled upon this band on the Cowford Stage while trying to avoid the electronic sounds of Big Data on the Main Stage. Water Seed definitely won my vote for funkiest band of the day. As I got closer, I could see that half the band was in the crowd playing their instruments, dancing with the fans. Next time Water Seed comes to town, you can bet I’ll be at that show.

As I walked toward the main stage to catch Against Me’s! set, I could hear Pauly Shore asking the crowd who they were most excited to see. When a young girl said she couldn’t wait to see Against Me!, Pauly Shore responded with “well you know the lead singer? He’s standing right over there.” That didn’t sit too well with Against Me’s! transgender lead singer and guitarist, Laura Jane Grace. Right before they played the iconic “Transgender Dysphoria Blues,” Grace told the crowd, “I think today is the day Pauly Shore found out I’m transsexual.” Against Me!’s set was one of my favorites of the day. I’ve seen them five times over the last two years and every time they seem to get better. The highlight of the set was the debut of their new song “333” from their upcoming album Shape Shift With Me. If the rest of the songs on the album are as good as this one, we are in for one hell of an album. 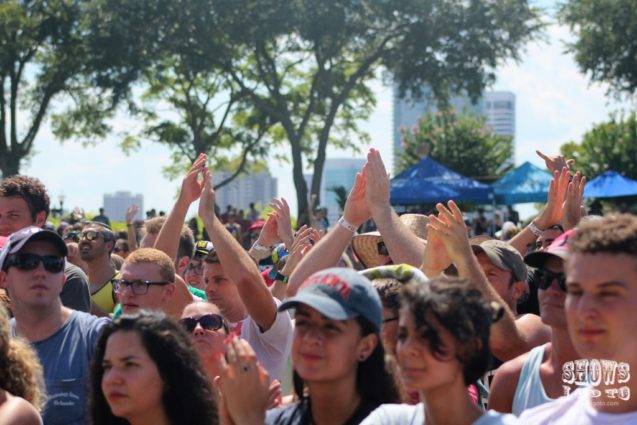 Taking Back Sunday was next on the main stage but I’ve seen them plenty of times and was in the mood for something different, so I headed over to catch the New York Ska-Jazz Ensemble. These guys have been around since 1994 and you can definitely tell by their showmanship. This was by far the most fun set of the day. I skanked my ass off in the front until the heat got to me. I grabbed a drink and enjoyed the rest of their set by sitting on the grass in the back. I can’t wait to catch the New York Ska-Jazz Ensemble again in the future. 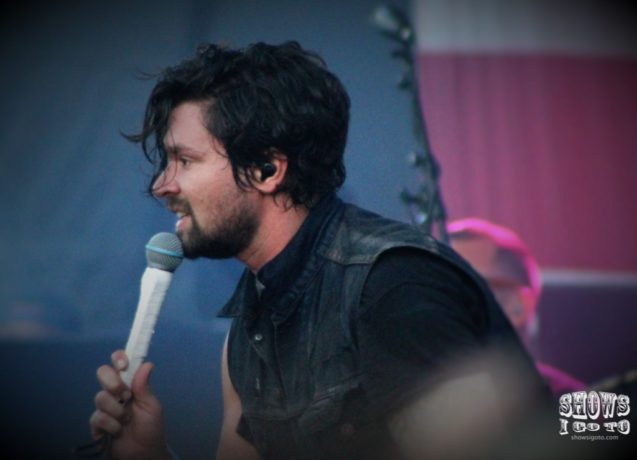 Wu-Tang finally took the stage and they was worth the wait. Although the group was missing some key members (Method Man, Ghostface Killah and Raekwon), they put on a great show. Their performance included everything you’d want to hear at a Wu-Tang show like “Bring da Ruckus” and “C.R.E.A.M.” They surprised us all by playing covers of Nirvana’s “Smells Like Teen Spirit” and The Beatles’s “Come Together.” Those are two songs I never thought I’d hear at a Wu-Tang show. They even paid tribute to their fallen member Ol’ Dirty Bastard by playing two of his songs “Shimmy Shimmy Ya” and the classic “Baby, I Got Your Money.”

After a long, hot, full day of music, it was time for Cage the Elephant. I was completely drained by this point but I was determined to make it through this set. Cage the Elephant are one of the best live bands around. Their newest album Tell Me I’m Pretty was my favorite album of 2015, so I was excited to finally hear those songs live, as well as some of my favorites from the rest of their discography. After seeing this band for the first time back in 2011, I’ve seen them every time they have been back to Florida since and they up their game with every show.  Their set at Connection Festival was no exception to this. I commend Connection Festival on finding such a great band to bring this night to an end.

All in all, this epic day was filled with amazing music and great friends. I’m thankful for the opportunity to hear some of my favorite bands and discover some new ones. I’m curious as to what Connection Festival has up their sleeves for next year. I recommend anyone within the region make it a point to not miss it!