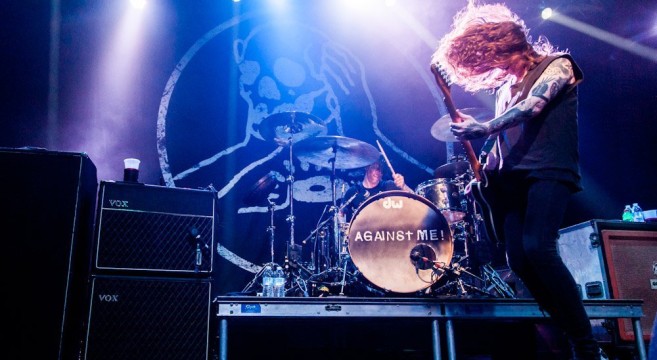 Those Anarcho Punks Sure Put On A Fun Show | Against Me Live Review | The Beacham Orlando | February, 19 2015

Against Me! took the stage by storm, jumping into “True Trans Soul Rebel” off of 2014’s highly praised Transgender Dysphoria Blues. Followed by a career spanning set well mixed with cuts from their six album catalog.

Worriers, featuring Lauren Dentizio formerly of the Measure {SA} and Mikey Erg! (of The Ergs! / The Chris Gethard Show house band / at least a dozen FEST bands) on drums opened the show. They performed a set of new songs as well as material from their 2013 effort, Cruel Optimist, and debut 7”, Past Lives. 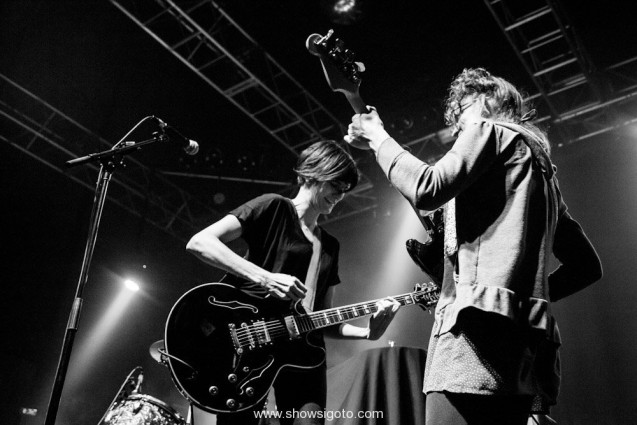 While Philadelphia’s Creeopid appeared to still be mid-soundcheck, they suddenly launched right into their set without warning. As the first song winded down, bassist Anna Troxell asked for the lights to be lowered. The venue went near black with the exception of the bright white glow coming from the kick drum, setting the mood for the rest of their set.

Creepoid’s shoegaze-y meets Pixies vibes, with guitarist Sean Miller and Troxell sharing vocal duties, translated well to a bigger stage. Through the screaming guitar solos and pounding drums, they somehow managed to send the crowd into a lulled trance for 30 plus minutes of melodic noise. ranging from soft a pretty to loud and spacey. Instead of just playing songs from both of their stellar No Idea Record’s full lengths, they graced us with a selection on brand new unheard material from a stage proclaimed “June release” which they finished tracking just before this tour began. 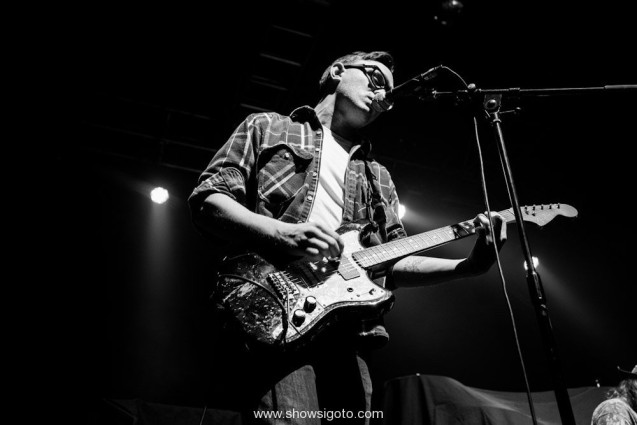 The Beacham is a nice sized room with big sound, but it can be a bit uncomfortable. If a show is sold out (it holds approximately 1,200), it’s often too crowded to find a space to comfortably watch (this may only pertain to aging show-goers so you young-ins can ignore that). If a show is undersold, it can feel very uncomfortable, especially for the band. This show had the perfect amount of people. I didn’t do a door count or anything, but by the time Against Me! hit the stage, I’d estimate around 800 or so were in the room. It was nice and full, but easy to find a spot near the stage to get a great view, dance, and sing along without getting thrown in a pit or feeling forced to stand in the same space for the rest of the night.

Against Me! have gone though many member and stylistic changes over the past 14 years. Starting as a solo acoustic act in 1997, Laura Jane Grace (then known as Tom Gabel), the teenage anarchist, eventually grew the project into a 4 piece. Former members include drummers George Robello (Hot Water Music) and Jay Weinberg (son of Max from Conan O’Brian and Springsteen fame) who’s flashiness added a different kind of energy to AM!’s festival shows. But never really fit in with what the band was about or supposed to sound like. Just a bad fit.

Blasphemous as this may be to those who are devoted to the classic line up, with drummer Warren Oakes (02’-09’ who quit to open Boca Fiesta, a Mexican restaurant in Gainesville, FL) and bass player Andrew Seaward (02’-13’), the current line-up of Grace, long time guitarist James Bowen, Inge Johansson (International Noise Conspiracy) on bass and Adam Willard (Rocket From The Crypt/Offspring/Social Distortion) on drums has spawned the most solid and musically engaging performances I’ve seen in the decade-plus I’ve been going to AM! shows. Not necessarily the most lively or energetic, but it’s the perfect place for this band to be at this point in their career and their set at The Beacham proved this yet again. 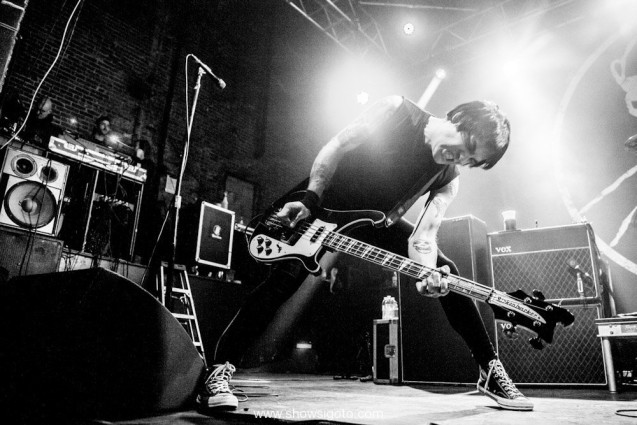 They cranked out song after song without appearing to even take a breath. Within seconds of “Cliche Gueva’s” final “waaaaaaaaaaaaay” being shouted from the lips of what appeared to be everyone in attendance, Willard was already pounding on the snare for the intro of “Reinventing Axl Rose.” The energy was fierce and the band didn’t stop for so much as a drink of water until who knows how many songs in. It was just back to back to back songs; a pretty impressive amount of endurance from both the band and the crowd. And, even though this has come to be expected by now, it’s still impressive that after so many years together a band can crank it out the way Against Me! does for 23 songs a night, every night. 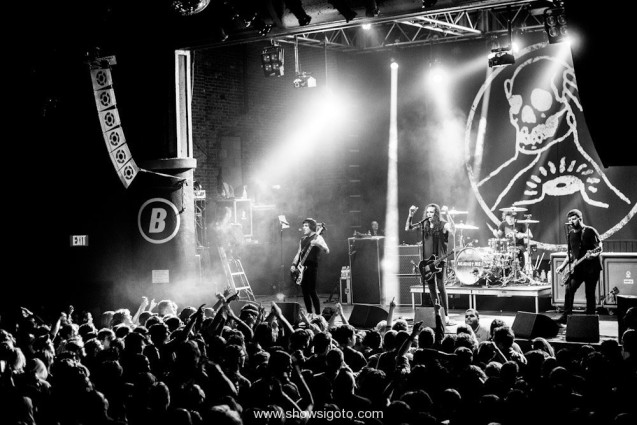 The set was closed out with the sing along (I mean, they’re just about all sing alongs), “Sink, Florida, Sink.” The band left the stage while the crowed screamed and Grace came back out with an acoustic, going into renditions of “Baby I’m An Anarchist,” “Joy,” and “Thrash Unreal” which the rest of the band joined her on. After this point I was pretty fuzzy (I blame Mitch and his whiskey shots). But, yeah, the show ruled. 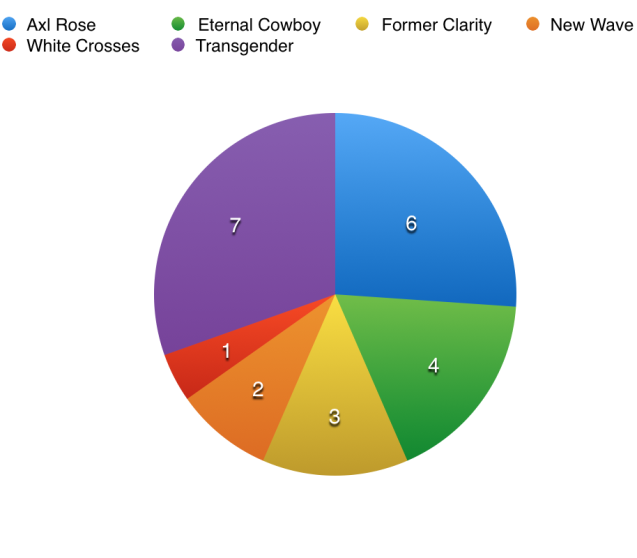