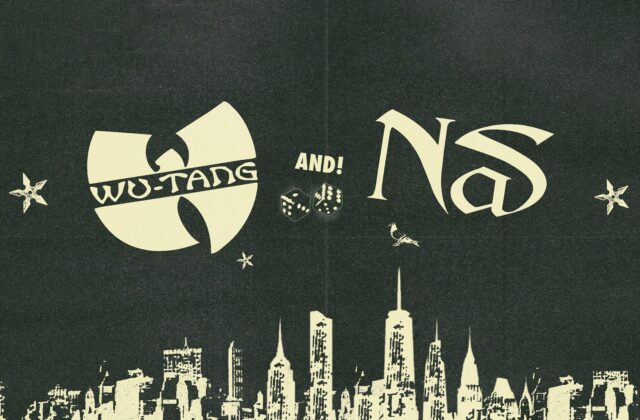 Central Florida, get ready! Nas & the Wu-Tang Clan are a swirling hip-hop tornado on its way to tear Florida up! Everyone knows Wu-Tang “Ain’t Nuthin’ Ta F*ck Wit!” They will leave a path of satisfied fans, gripping their beloved Nas & Wu-Tang merch tight, as they make two stops in the Sunshine state. Nas, Wu-Tang, and Busta Rhymes will breeze through MIDFLORIDA Credit Union Amphitheater in Tampa on Wednesday September 21st on the “NY State of Mind” Tour! GET TICKETS HERE! Rapper, songwriter, record executive, producer, and actor Nas is also bringing his many talents to South Beach as the tour whips through Florida. The son of a jazz musician, Nas has been nominated for 17 Grammy Awards winning his first in 2021! That “Best Rap Album,” King’s Disease, has reason to be on repeat in your ears. Recognized as one of the greatest rappers ever to pick up a mic, Nas also has been in blockbuster films like, Monster (‘18) and Belly (‘98). This OG will be celebrating the 25 year anniversary of his hit single, “If I Ruled the World (Imagine That)” featuring singer Lauren Hill.

Wu-Tang Clan is an iconic hip-hop group founded in 1992. RZA, GZA, Ol’ Dirty Bastard, Method Man, Raekwon, Ghostface Killah, Inspectah Deck, U-God, Cappadonna, and Masta Killa began collaborating in Staten Island with immediate success. Their debut album Enter the Wu-Tang (36 Chambers) dropped in ‘93 and is widely revered as one of the greatest rap records of all time. Their second album, Wu-Tang Forever, debuted at number one! It was nominated for a Grammy Award for “Best Rap Album” in ‘98. They have released four more critically acclaimed albums on their way to performing for you on the 2022 “NY State of Mind” Tour!

Busta Rhymes was a late addition to the tour but a valuable one. This rapper and actor is a full on entertainer. He’s charged up and ready to “Break Ya Neck” because he’s “Dangerous!” He’s been nominated for 12 Grammy Awards but is still seeking his first win. He has won countless awards, however, from Billboard, BET, MTV, Soultrain, The Source Awards… I really could go on.

You should have already purchased your tickets for this once in a lifetime WU-TANG CLAN experience. But just in case you need more convincing, the MIDFLORIDA Credit Union Amphitheater is a special place to see a show. This 18k venue is located in sunny Tampa, Florida and tempts fans with big time concerts and events. The MIDFL Amp is home to some of Florida’s hottest acts. GET TICKETS HERE!