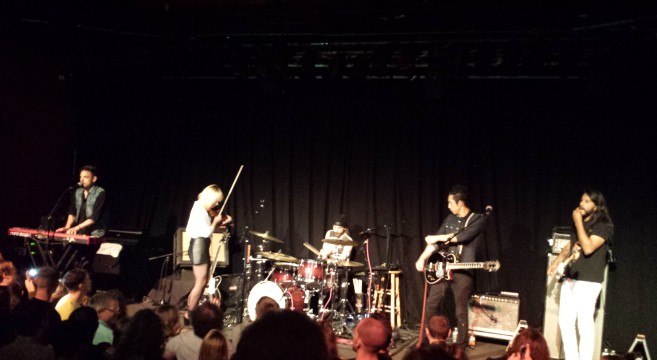 I woke up literally on the wrong side of the bed, naked, at 7am the next morning still drunk. “Hello? Baby?” I confusedly slurred downstairs. We both had no recollection of the previous evening post the show. I guess shit got weird because she still had her lace stockings on (I love those things). I had some friends in town from Ocala. They brought a lot of marijuana. It was the highest I’ve been in a really long fucking time. Oh! And wine! We had a lot of wine. Fuck. Did you know The Social had wine? Well, not anymore! Because we drank it all…

The Airborne Toxic Event always brings amazing artists on tour with them, like Kodaline. As expected, they did not disappoint. In fact, I was super impressed! The band they chose this time was KONGOS.

We arrived just as KONGOS began. So fucking glad I made it there in time to see them. They are 4 brothers who spent their childhoods growing up in South Africa and England before landing in Phoenix, Arizona. Holy Shit – they play some of the coolest music out these days. Really heavy grooves, passionate, and monumentous. Oh, and one of them fucking plays the accordion! Like Lucero! They are quickly becoming people’s favorite band. Check out the badass video for Come With Me Now by KONGOS and keep them on your radar.

The Airborne Toxic Event began their set with Wishing Well. It’s one of my favorite songs by them. Mikel, the lead singer, seemed a little drunk. He knows exactly what the fuck he’s doing though, even if he is a little drunk sometimes. He had the entire audience in the palm of his hand; clapping and singing along by the end of the first verse. Check out a live Video for Wishing Well by The Airborne Toxic Event below.

The Airborne Toxic Event put out a new song last year for the Dallas Buyers Club movie soundtrack. That movie fucking rules. Even James Dewees loved Jared Leto in it. The TATE song is called “Hell and Back” and has received heavy rotation on Sirius/XM’s Alt Nation. Mikel explains the backstory of Hell And Back in a video while sitting on a couch. Check it out below and listen to the audio after.

TATE is a rock and roll band that restores your faith in rock and roll bands. Passionate, beautiful, sexual, intense, and melodic. However, only when you witness their live show and watch Anna, their violinist, begin Sometime Around Midnight with her eyes closed, leaning forward into every note, will you smile and lose yourself in the beautiful understanding that is their music.

Needless to say, one of my absolute favorite songs is Sometime Around Midnight. It tells such a fucking great story. Like A Silent Film does with Danny, Dakota, and the Wishing Well. My favorite lyrics are during the buildup:

The last time I saw The Airborne Toxic Event they played at The Beacham – which holds about 1,300 people. It was pretty packed. Seeing them at my favorite venue of all time – The Social – which holds a little over 300 people was pretty fucking awesome. Here’s a shitty pic: 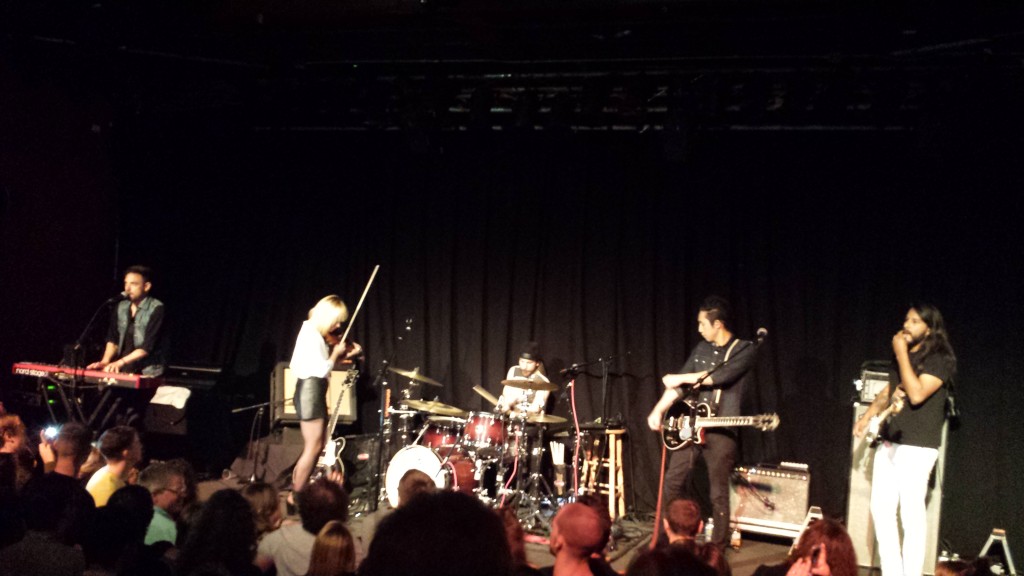 After the show, well, after the show I don’t remember much. I think I had a Vegan Dog and apparently some sex. Never.Smoking.Weed.Again. Just kidding. C’mon. 😉