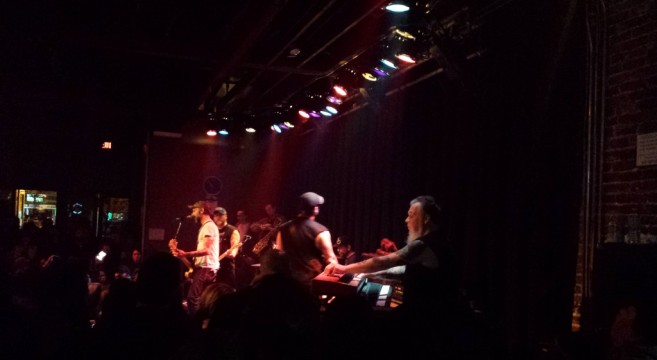 Lucero is usually one of those nights where the next morning you have to sit down to pee. This was a usual night. Two nights actually. Two nights to include Lucero, vomit, a fight, a proposal, a lot of drinking and second hand smoke.

Lucero played two nights in a row at The Social Orlando. It was fucking perfect. While Ben Nichols was doing fan-bought shots between each song, the crowd was matching him two to one. They played fan favorites each night and mixed others in too – playing Ben Nichols solo songs, a Jawbreaker cover, and some rare shit they don’t play too often. Lucero shows are comforting, like a Southern Fried Sunday show. Here’s a shitty pic: 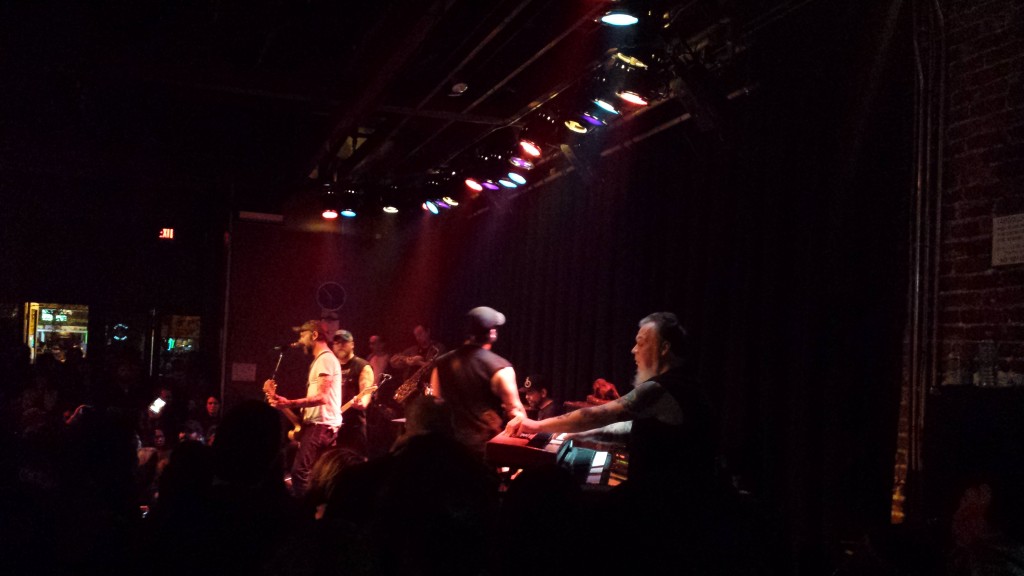 About halfway through the set on the first night, this drunk dude decided it would be a good idea to start a fight with a Social employee. His stupid, drunk-ass girlfriend thought it would a good idea to break up the fight … by grabbing the Social employee’s dick so fucking hard he vomited all over the floor.

Yes, this happens to men, please don’t do this to us unless you wanna get spewed on. (This was the second night in a row there was vomit speak at the social.) Here’s my shitty segue — Speaking of vomit, let me tell you about the last time I saw Lucero in Orlando!

It was a couple days after my birthday in May 2012. I make the annual decision to make it a birthweek. There was a show at the Social that night – William Beckett from The Academy Is… I think. It was an early show so I knew I could catch it then meet up with a friend to go see Lucero next door at The Beacham. While I was at the Social show, I made friends with some people. They were the kind of people who like to do shots. A lot.

By the time I made it to the Lucero show, I was fairly intoxicated (really fucked up). I texted my friend and he was almost there. About 4 songs into their set, while swaying back and forth like an asshole, it hit me. The sharp focus. The cold sweat. The loaded cannon inside my gut was set to fire. I threw my hands up (seemed like a good idea at the time) and dashed towards the nearest trashcan. Security must have thought I was stealing something cause they made the mistake of stopping me along the way. (A costly mistake it was.) Streams began to break through the hands over my mouth like cracks in a dam begging to burst. As my head was shoved towards the trash can traveling to meet me, I sprayed the Social employee with one of those streams before unleashing a fury of mixology into the receptacle.

My friend showed up in the middle of this.

As he calmed the security guards and held me firmly into the can, everything became really bright. No, not from the stage lights. The light was beaming directly above us. I assumed the security guards had drawn their flashlights, my friend peered up to double check. (SAMSONITE – I was wayyyy off.) It was the flash of several different patron’s cell phone cameras – taking pictures and recording video of the drunk asshole puking in the trashcan at the Lucero show. Yes, that was me.

Somehow my friend managed to talk security out of kicking me out and promptly planted me on a bench toward the back of the venue. Here’s a shitty pic he took of me right after: 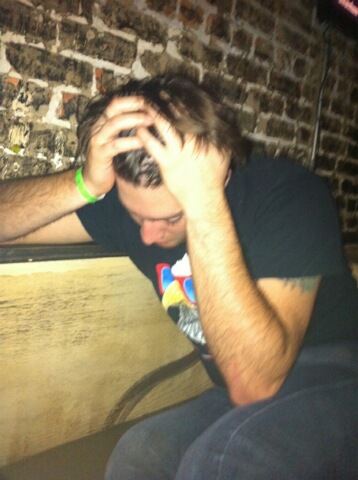 From that point forward, the only thing I remember is suddenly waking up, sitting straight up, and saying “I fucking love this song!” as Lucero played “My Best Girl.” Have you ever heard that shit? Please listen to the song that woke me out of a drunken stupor below. Lucero – My Best Girl.

Back to the show — The first night, there was a proposal. They was a younger couple in the pit to the left of the center. I couldn’t really see much but that was fine ’cause Ben did an excellent job narrating the whole thing. “Looks like it’s going good. [half cocked smile] Alright, I think she said ‘yes’ … Yep, he’s up! Congratulations. This song is [dedicated] to them” Then they went into “Hey Darlin, Do you Gamble” — What a great fucking song to hear immediately after an incredible moment like that. “Darlin, would you take a chance on me.” Check out Hey Darlin’, Do you gamble? by Lucero below:

Ben Nichols is an excellent frontman but, Goddamn, Rick, their keyboard player, absolutely fucking rules. He’s incredible! I watched him the majority of the time the second night (except for when they played “My Best Girl”). He also plays accordion and has a sweet beard consisting of two long-ass mutton chops and a shaved middle chin (here, just look at this picture).

Towards the beginning of each set, they got the crowd going by easing into “Nights Like These.” Yes, it’s nights like these that fucking rule. I fell in love with that song simply after hearing this

She had a weakness for writers, and I, I was never that good at words anyways…”

It was a smoking room both nights. I swear everyone in that place either had a drink in their hand, a cigarette, or both. It was a recipe for a drunken good time and some thick second hand smoke. After the second show I bought a new Lucero shirt and went across the street to Lizzy McCormick’s for another drink. Ben Nichols showed up to “close his tab” (after he had a few more). Bartender Brian is a good friend of Ben’s and Lizzy’s is his home when he’s in town. If you haven’t heard Bartender Brian’s music yet, get your ass over to the Free Downloads page and check it out.