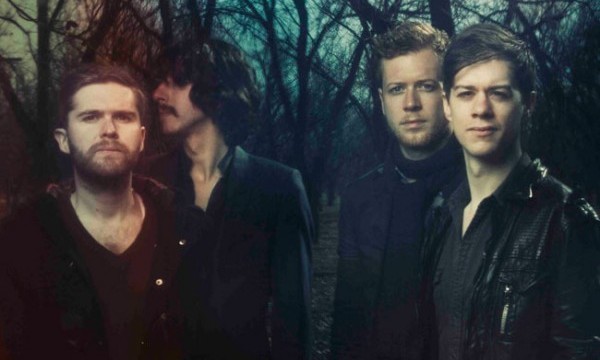 This is a story about love, drinking, great music, and people who actually “give a shit.” I was excited to see Churchill. I’ve seen A Silent Film a couple times in the past, and I knew they’d be great. However, this was my first time seeing them in an intimate venue like The Social Orlando. I fucking love that venue.

The first band was an unsigned male duo from Brooklyn. Between the Guitars, keys, and macbook they came up with some catchy tunes. My favorite is a song called “Let’s Go Home.” Check them out here: Carousel Band Facebook. I think we’ll be seeing a lot more of these guys in the next year to come.

I’ve been looking forward to seeing Churchill ever since I heard “Change.” I looked them up and checked out some of their other songs before the show. I fell in love with as song called “Ark in the Flood.” It starts out with some lyrics that really hit home:  “40 long days and 40 nights, been at it twenty-six years trying to get it right.” (Ok, now try to guess my age).

While they were performing, I convinced myself that the two lead singers were married to each other and began thinking hopeless romantic shit about how perfect that must be and blah, blah, blah… but I came to find out they’re NOT married! …to each other anyways.

Regardless of their relationship status, the band was fucking excellent! That female lead singer had a very petite frame but she knew how to dig deep and deliver vocally. Most of the band was fairly chill most of the time, letting the music speak for itself – must be a Denver thing 😉

I took notice when the male and female lead singers traded not only vocal melodies, but instruments (guitars & keys) too! My mother once told me I would sometimes have feelings that I wouldn’t be able to explain with words. This is one of those moments for sure.  So the [female] lead singer makes me feel um… “funny.” Did I mention there’s something super sexy about a gorgeous woman who can rock out??

On a serious note, I see a lot of great things coming from this band. If nothing else, check out “Change” and “Ark in the flood.” P.S. Holy shit, their mandolin player is fucking incredible. (Hopefully the additional curse words emphasize my statement appropriately). Also, check out the Churchill Facebook.

So, A Silent Film has been doing pretty well lately in the music world, steadily gaining respectable recognition. It’s properly due. They are a on heavy rotation on XM Radio.

The band put on a great performance. The lead singer was losing his voice some, but he and his band made up for it with positive energy and kindness. “Kindness?” you ask… Yes. Kindness. And here’s why:

The couple was ecstatic. Dude was in tears. I was pretty blown away at the interaction as I’m kind of a ‘memorable customer service’/hospitality nerd. That band truly made their night unforgettable. That couple will ALWAYS remember the way that band made them feel no matter how long they last.

The band stuck around after the show signing autographs and meeting their fans. They wrote a special message to the couple on a 7” vinyl sleeve thanking them for coming, and wishing them a happy anniversary. To me, that is a world class band. One that cares and actually “gives a shit.” Check them out and keep up with them here: A Silent Film Facebook.