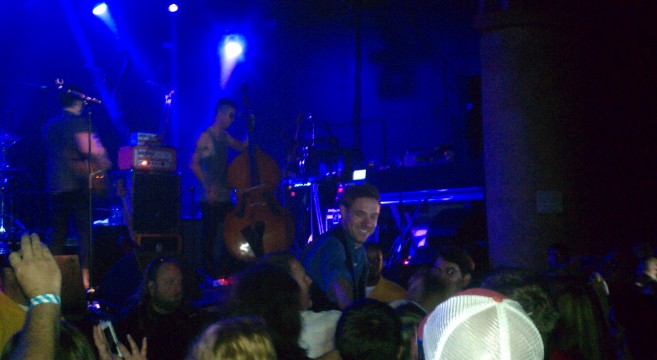 “This is our 831st show” claimed the lead singer Mikel. I counted to myself “shit, I’ve only seen them three times.” Each time, my love for them grows as well as my expectations. This show was fucking fantastic. I was not disappointing at all. The best performance I’ve seen by The Airborne Toxic Event for sure.

I made sure to arrive early. I learned from the Bloc Party show that I missed half of, that Saturday shows at The Beacham are always wrapping up around 9pm in preparation for “club night.”

I made my way to the front before the opener. I’ve taken a liking to the side bar by the stage. Luckily, tonight, my friend was working that bar so I had good company while making him very uncomfortable… Let me explain. Every time I go to his bar, I always hit on the dude as if I were taking him to bed; he gets really weirded out by it but I think he kinda likes it. It’s fucking hilarious to me. He always has a laugh too. So after I made it awkward for everyone, the opener took the stage.

One opener: Leagues. A band from Nashville. Not Kodaline…

Leagues debut album You Belong Here came out earlier this year. They have a nice, catchy song that has been in rotation on Sirius/XM’s Alt Nation. Check out the Leagues Spotlight Video below. They are a band to keep your eyes on over the next year or three.

The Airborne Toxic Event were fucking great. Did I say that already? Their energetic performance was full of honesty, love, angst, regret, heartbreak, and a bunch of other emotions I don’t want to discuss. They played a perfect set spanning their three albums. Playing fantastic classics like Wishing Well, Gasoline, and, of course, Sometime Around Midnight. If you’ve been living under a stupid rock and haven’t heard this before, get smart and check out The Airborne Toxic Event – Sometime Around Midnight Video below:

They also played a great mix of their newest material from their latest album Such Hot Blood. The release date of this album is why they had to reschedule this performance at The Beacham to June 8 (originally it was scheduled May 2). Since this show was pushed to the end of the tour, Kodaline was no longer in the States and thus did not open the Florida shows on this tour.

Right now, my favorite songs on Such Hot Blood are Elizabeth and The Storm. I highly recommend you check out this amazing and intimate live performance of The Airborne Toxic Event – The Storm Video here:

The band members all had their shit together. I could really feel how much they loved performing live. They were a really tight band, and expectedly so after 831 shows. The crowd reciprocated the energy they put off by jumping, singing along, and dancing like idiots (perhaps that was just me). Mikel made his way into the crowd on multiple occasions. Here’s a shitty pic (he looks so happy): 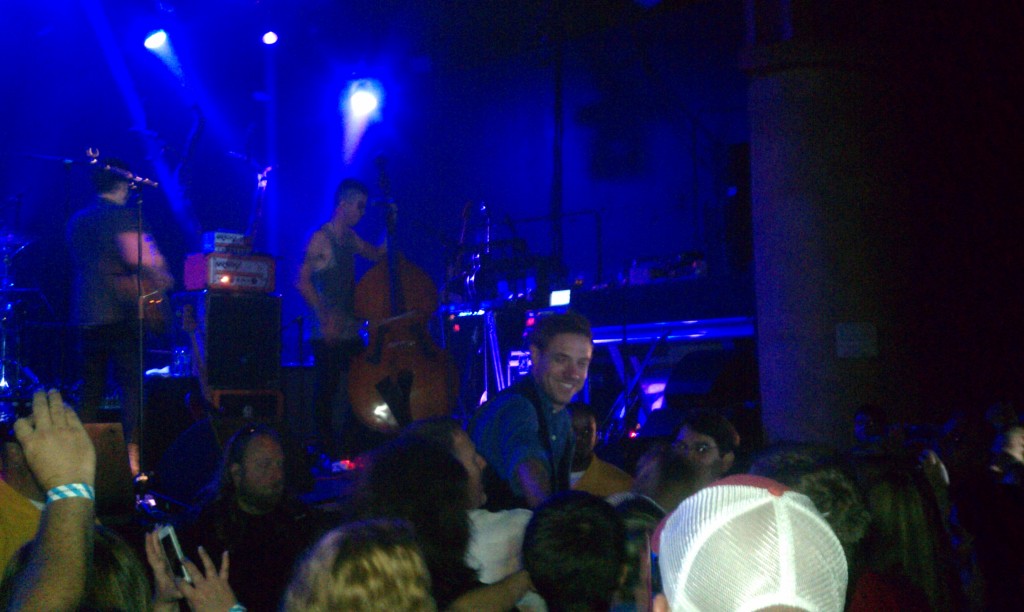 After sweating through about 14 songs they gave their first of two goodbyes and exited the stage to their left. They quickly returned to a chanting crowd and delivered 5 more satisfying tracks. I cannot express how perfect the song “Graveyard Near The House” was. I wrote about my feelings and that song here. I wasn’t the only one singing my lungs out to this perfect composition.

If you don’t know why you should make a tremendous effort to catch The Airborne Toxic Event perform live next time they’re in your city or near you, please re-read the above. This is a band I’m going to listen to for the rest of my life. Perhaps you’ll do the same 😉