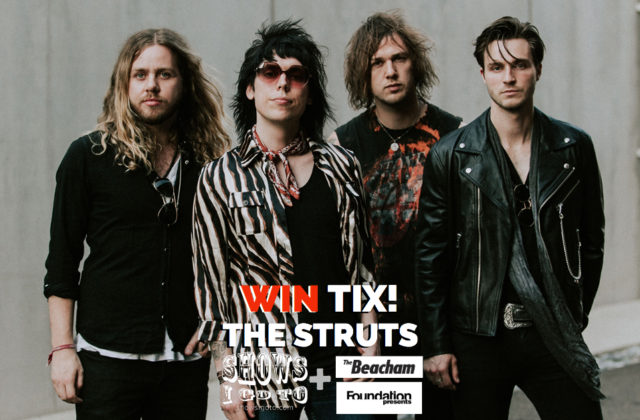 Oh yeah, you read that right! The Struts are coming to The Beacham in Orlando on Saturday, October 13th! Supporting The Struts are White Reaper and Spirit Animal.

Formed in 2012, The Struts have hit some incredible milestones in just a few short years. They opened for The Rolling Stones in front of a crowd of over 80,000 in Paris, got hand-picked by Motley Crüe to accompany them on their four last-ever performances, and toured the United States with sold-out shows – all before they released their first studio album. Their debut Everybody Wants unleashes their unapologetic, glam-rock sound to the world. They intertwine what they channel onstage into their studio recordings, keeping their vibe big and fun. The lead single off their 2015 EP Have You Heard reached the number 1 spot on Spotify’s viral chart, hit over 2.5 million views on YouTube, and shot up to the top 5 on the Modern Rock radio charts. Take a listen!

“Body Talks” is the bands first single off their upcoming sophomore album Young & Dangerous. The Struts frontman Luke Spiller said in a press release that “Body Talks” was “a fully charged blues dance-rock anthem that will have you moving across the room and straight onto the dance floor.”

Opening for The Struts are White Reaper and Spirit Animal. White Reaper is a garage-punk band from Louisville, KY who is ready to blowout some eardrums far and wide. With two albums under their belt, they are sure to bring back the feel of rock that Van Halen and KISS brought to the older generation. Spirit Animal is a psychedelic rock band from Brooklyn, NY. They have been called an “unmissable live act“, bringing a furious energy to the rooms they play. 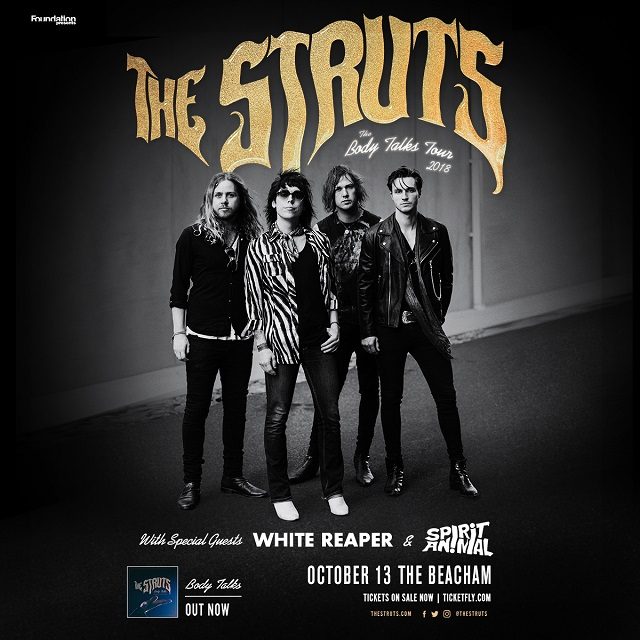 Want to WIN 2 TICKETS to The Struts at The Beacham in Orlando, FL on Saturday, October 13, 2018?! There are several ways to enter!*

ORLANDO – Tag a friend & both follow @showsigoto to WIN TIX to see @thestruts w/ @whitereaperusa & @spiritanimalus at @the_beacham Saturday, October 13th!!! ?? Winners announced Friday, October 12th @ 4:20pm! ?? p.s. be sure to enter the giveaway at showsigoto.com to double your chances!!! ?