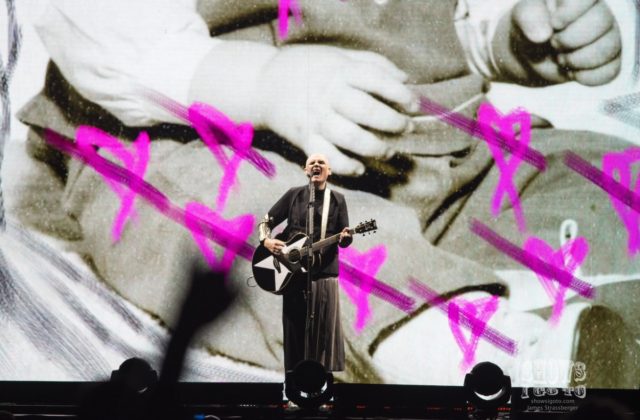 My friends, Jordan Shroyer (TEEN AGERS), Ray Roa (Creative Loafing), and I are sharing a bucket of PDQ (chicken tenders + fries). The Smashing Pumpkins with Jimmy Chamberlain and James Iha, are up next! Tonight (tonight) is a delicious dream coming true.

I’m full of Canada thanks to the 24 oz. Molson and Metric. This Molson Canadian premium lager might be the best beer I’ve had all year. It’s surprisingly my first time enjoying this, and my first time at the Amalie Arena in Tampa, FL. “Of course they have Canadian beer, this is a hockey arena!” Jordan spills with a smile. 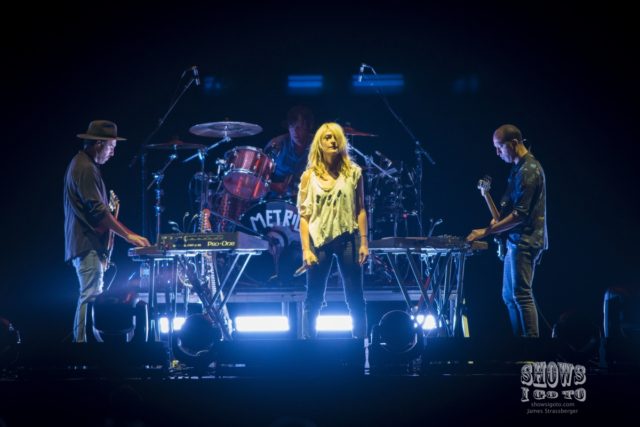 Emily Haines is electric. “This is really a promo tour for Metric,” Ray suggests. Metric opening for The Smashing Pumpkins is just a kind bonus. I agree with Ray, it’s very important for a band like Metric to appeal to a larger audience, like SPs. Being a long time Metric fan, it’s strange to think there are still many, many people who have no fucking clue who Metric is. They sold out The Ritz in 2012 (and most of their club tour). We’re all the lucky ones tonight, including Emily Haines, who shares her excitement and gratitude for being on the road with “such legends” before closing their 9-song set with “Help I’m Alive.”

“This is a song about being really afraid … I tremble…”

James Iha didn’t even have to learn any new songs (not like he would, lol). This entire tour is focused on The Smashing Pumpkins first five albums (Gish, Siamese Dream, Mellon Collie and the Infinite Sadness, Adore, Machina/Machina II, in order) in which Iha appeared (from ‘91-’00).

The production level is elevated in the right ways, literally and figuratively. Ray tells me the art direction was created in Tampa. The show begins very dramatically and really, the whole thing was really fucking dramatic, but in the right ways …

Billy Corgan (or William Patrick Corgan Jr.) appears between two colossal video screens to open with “Disarm,” paired with him as “a little boy” behind him. He’s wearing his signature kilt and black jacket with a big white “0” on the back. 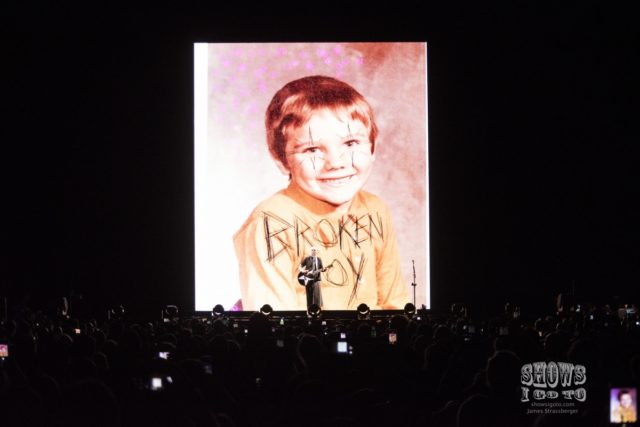 The screens are moving, the drum riser rolls out, it’s surreal, it’s happening, and our hands are above our heads.

Five songs in, he has a wardrobe change and climbs the stairs on stage to pay tribute to his friend, David Bowie, with “Space Oddity.” Jimmy Chamberlin delivers the best drum cover I’ve ever felt. His fills melt me. It’s rare to see someone better, and impossible to see someone more inspirational to me. 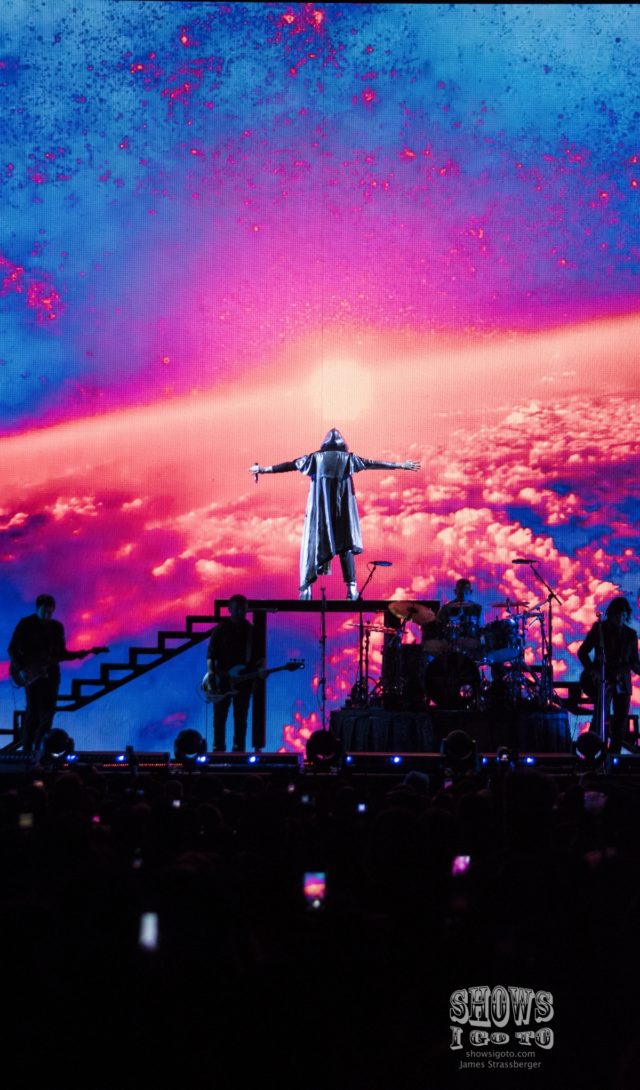 They glide from “Zero” to two Machina songs to “Thirty-Three” from Mellon Collie.

It’s wonderfully strange when you hear a song a decade later and it still motivates you uniquely. I find myself putting things off and getting too “busy” too often. I often shift tasks to the next day but really … “Tomorrow’s just an excuse away.”

Fucking Mark McGrath?! Hahahaha! Really? They hired Mark McGrath to perform some Vauderville-style interludes and brighten the mood throughout the set. This set continues to increase in impressiveness.

They sandwich “Tonight, Tonight” between two tasteful classics, “Landslide” by Fleetwood Mac and “Stairway To Heaven” by MF-in Led Zeppelin!

This is three hours of Corgan at his best. Everything career-defining is here — “1979,” “Cherub Rock,” “Today,” “Mayonaise,” and of course, “Bullet With Butterfly Wings.”

They encore with their first new song Corgan, Iha, and Chamberlin have performed on together since 2000, “Solara,” produced by Rick Rubin, and then play the Dumbo song to end the evening (nice choice). 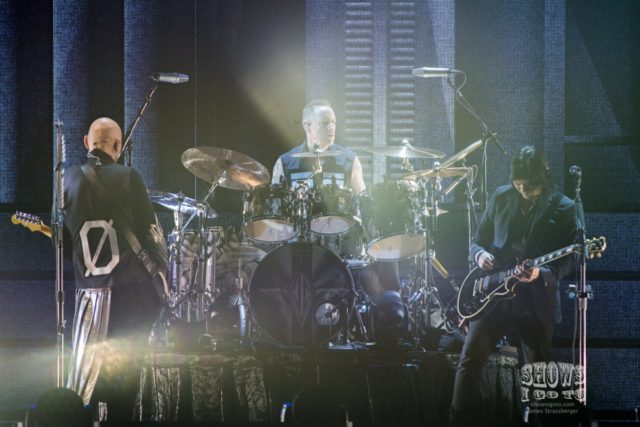 It feels like The Smashing Pumpkins are doing this for the fans again. “There is no one like them,” Ray humbly boasts on the way to the bar after the show. Tonight (tonight) is a night I’ll never forget.

Most importantly, they made us feel something from the first fucking second.

And who knows, maybe we’ll see a tour with D’arcy in the future. 😎