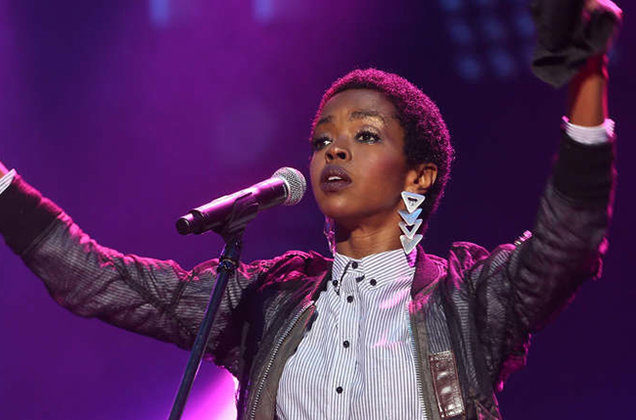 Want a fresh perspective on the week in Hip Hop news? Here’s our take on some of the biggest stories of the past seven days.

LAURYN HILL TAPS NAS AND OTHER ARTISTS FOR HER NEW TOUR

The Diaspora Calling! Tour is set to hit some major markets. And Ms. Hill is enlisting the help of “If I Ruled The World” collaborator Nas, Kelani and Little Simz among others. The show kicked off on September 1. Take a glance at the upcoming dates at this link.

The sophomore album by Rashad was released on September 2 and is available on Apple Music and Spotify. Featuring collaborations with Kendrick Lamar and other TDE members, The Sun’s Tirade almost assuredly will be on a few Top 10 Hip Hop albums of the year lists. You can stream it now.

Capital Preparatory School in Harlem is one of Puffy’s newest ventures with his partner Steve Perry. The school focuses on an 11-month curriculum and is geared towards college preparation. For more information, visit this link regarding the opening of the school.

In the spirit of The Grey Album that made Danger Mouse a household way back in the 2000s, Reddit user Najvyexi took the vocals of K.Dot and put them over the instrumentals of Gambino’s album Because The Internet. Not quite the collaboration everyone is hoping for, but it’s a start. The album is called good boy, d.E.E.p Web and is available online now.

TYLER THE CREATOR TO GET HIS OWN SHOW ON VICELAND

If Action Bronson can have two, count ‘em, TWO Viceland shows, then it’s damn well about time for Tyler gets his own. The show is scare on details but will apparently be inspired by Tyler’s Golf Media app and be of the late night variety. Stay tuned for the craziness. For now, here’s a reminder of his potential.

It’s officially been the summer of Teyana, what with her Lil’ Kim tribute at the VH1 Hip Hop Honors and starring turn in Kanye West’s “Fade” which premiered at the VMAs. Now she is set to appear as a cast member in the new VH1 series The Breaks. Reportedly, Taylor will star as an up and coming emcee in the early 1990s.

KID CUDI NO LONGER TO APPEAR ON EMPIRE SEASON 3

MICHEL’LE RELEASES TRAILER FOR HER BIOPIC

BLACK EYED PEAS REMAKE VIDEO FOR “WHERE IS THE LOVE”

4. 'Email' [email protected] with your name, and put the Artist Name as the subject.