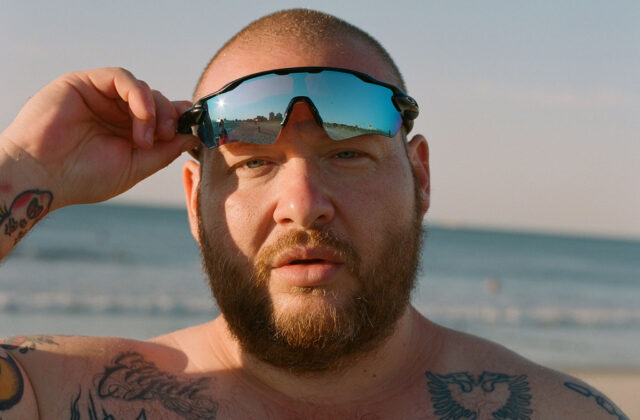 Order up! Who is hungry for a kick ass hip-hop show?! I hope you are stomach-horny for multimedia mastermind, Action Bronson! He is headed out on tour serving up course after course of fire beats, cool lyrics, and hell of a good time! This one-man powerhouse is headed to Jannus Live in St. Pete on September 06 (TICKETS HERE!) AND to The Orlando House of Blues on September 7th (GET TICKETS HERE!) to show off his extremely good taste. Just know that everyone at this show will be “Actin’ Crazy!” The Queens, NY native constantly produces mouth-watering beats and lyrics, but also stars in a Viceland food experience series titled, “F*ck, That’s Delicious!” which debuted in ‘14. Bronson is qualified to critique food as he is a former gourmet chef! Action is a man of many talents. He also was a graffiti artist when he was younger, tagging the streets with his “Smart Crew.” Taking his rap style from giants like Kool G Rap, Nas, and Cam’ron, Bronson released his debut studio album in November of 2011, Dr. Lecter. In ‘12, he was signed to Goliath Artists with the likes of blink-182 and Eminem. Next thing you know (2014), he’s touring the world with J. Cole, Kendrick Lamar and Eminem! His latest musical release is Crocodrillo Turbo, a thirty minute album that features bangers like “Jaguar” and “Ninety One.”

Action Bronson and crew will be filling the confines of St. Pete’s coolest outdoor venue, Jannus Live. Here, patrons can enjoy their favorite music while soaking up the Florida sunshine right around the corner from so many great restaurants in the heart of downtown St. Petersburg. Numerous spots to buy refreshments dot the courtyard and a balcony overhead houses a VIP area for your high-end enjoyment. ST. PETE — GET TICKETS HERE YO!

Hurry out to the Orlando House of Blues and enjoy all the wonderful smells and sounds of Action Bronson’s music. Get yourself down to Disney Springs where the House of Blues is surrounded by awesome restaurants, bars and shopping opportunities. The venue itself features a pit with some viewing areas on either side of the sound booth. Plenty of points of sale for those interested in libations or grub on this most important night. The balcony features a VIP area for fans who want table service and an outdoor space for smokers. ORLANDO — GET TICKETS HERE YO!