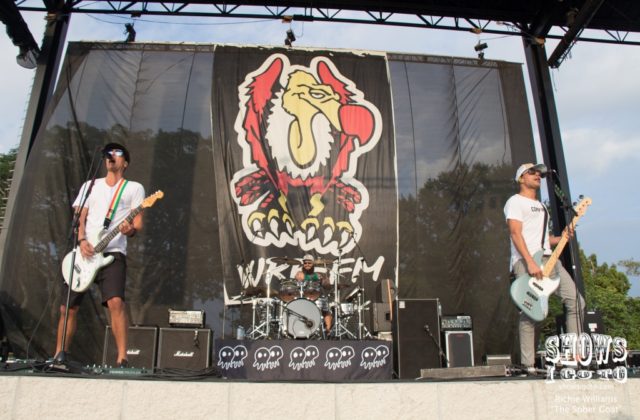 Your favorite reggae troublemakers from Kona Town, the one and only Pepper, are on the road this summer, still promoting their latest studio album, 2016’s Ohana. Pepper’s “Nice Dreams Summer Tour” features San Diego reggae dub rockers and co-headliner Tribal Seeds who are currently working on a new studio album to be released early next year. Also on the tour is another one of Cali’s finest, Fortunate Youth, who are promoting their new self-titled album, and Darenots who are still reeling from their 2016 debut EP, The Now Is Truth. 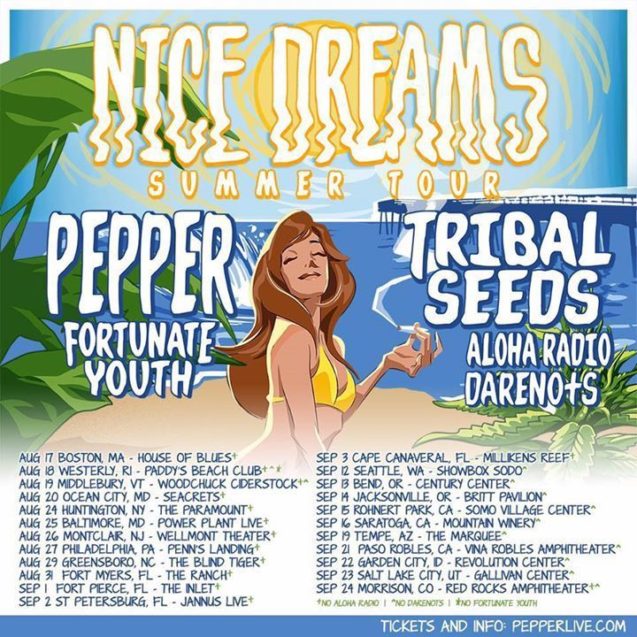 I became a Pepper fanatic faithful when I first saw them at the 2001 Warped Tour on the one-foot tall Volcom stage. My friends and I were walking around the Central Florida Fairgrounds and heard some chill reggae which we immediately gravitated toward. There were maybe 15 to 20 people watching their set. We smoked with them after their set and bought some merch. I knew immediately that these dudes would become one of biggest reggae rock bands. I have also witnessed their evolution as a band and they show no signs of of letting up and keep striving to play quality music and entertaining shows. Check out our WJRR’s Earthday Birthday 24 review which included Pepper!

Tribal Seeds always get the good vibes in motion and steadily amp the feels up notch by notch throughout their shows with explosive jams and electronic accents.

Unforunately, 2017 started out rough for Tribal Seeds as E.N Young (Keys/Vocals) went to social media accounts to announce his unexpected departure from the band, stating:

A lot of people have been asking me what’s going on…so here it is…I’m no longer a part of Tribal Seeds. The Jacobo’s (the owners) and management announced changes that would affect the rest of us in the band. I calmly asked some questions because I wanted to make sure our future was secure and the owners didn’t like it. They accused me of being disrespectful for asking questions about the business/corporation. Soon after I got an email from management, the subject said ‘letter of termination.’ It said my services will no longer be needed. I can’t believe that after all I did for them, the owners didn’t even call me, no meetings, no discussions or reach out, just a letter of termination via email.”

Soon after, longtime drummer Carlos Verdugo, became the full-time drummer for Sublime with Rome. Over the years, he has drummed for Barrington Levy, Shaggy, Sean Paul, Gregory Isaacs, Yellowman and Gyptian.

Fortunate Youth knows how to get a party started. Every time I see these guys, I like them more and more. Featuring a collaboration of South Bay reggae stand-outs rising from various bands, Fortunate Youth have created a phenomenal 6-piece masterpiece bringing a rootsy vibe and unique bass lines united with multiple harmonies, dank guitar solos, and heavy keys.

I have NOT heard of Darenots (ha). I look forward to checking them out.