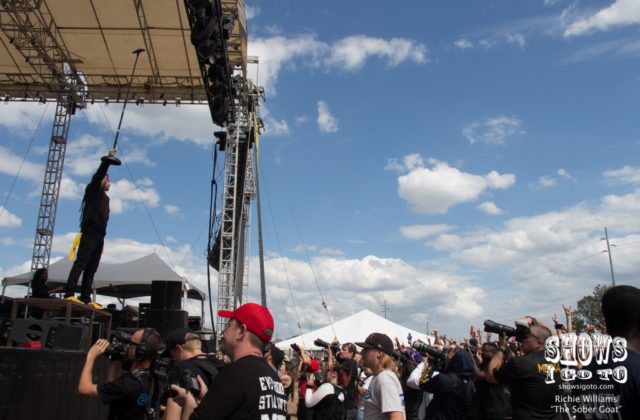 Every year in the month of April there are always a bunch of guarantees — April Fool’s is always on the 1st and the best holiday of the year is during this month, and I’m not talking about Easter or Passover, it’s always on the 20th. 😉 Biggest thing of all during April is 101.1 WJRR’s Earthday Birthday. From carnival rides to trying to dunk tank hot girls to sweaty painted boobies — Jesus and the Tooth Fairy were also spotted in the crowd. –Oh Yeah, there was also over 10 hours of bands rocking it out.

This year was headlined by Sublime with Rome, which set the theme of a more reggae-rock lineup in store. It was the most ‘Green’ friendly EDBD, which is what the show is all about. Having great times with friends but by also helping the Earth and its beings by keeping it clean and recycling. A great addition which I have never seen at an EDBD were the frozen margaritas which are perfect on the usually hot Florida days. They even had tattoo artists in case you were looking to be inked, and plenty of vendors were present to buy home-crafted art. I was even able to purchase a glass guitar pick, which is probably better for my guitar than the glass water pipe I usually use. And say hey to Swamp Girl Adventures! 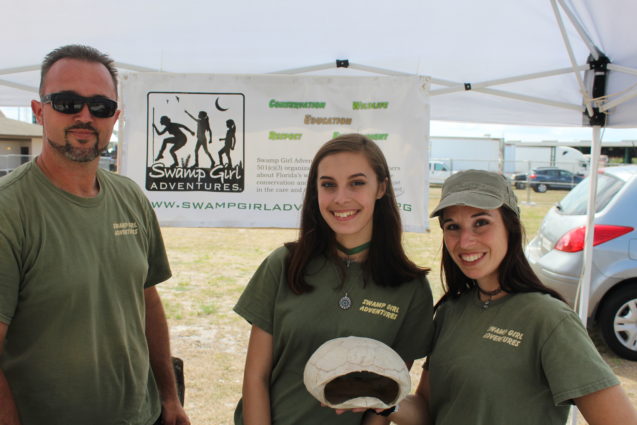 Only bad news was hearing that Living Colour unfortunately had to cancel. I was lucky enough to see them at Riot Fest Chicago and Epcot few years ago, but really wanted to check them out again. The only good thing to come from them dropping out was that local Orlando heroes The Supervillains filled their time slot on the main stage. The Supervillains are still one of my favorite bands that blend punk and reggae rock. They also performed on the acoustic stage later in the day for all the hometown fans. 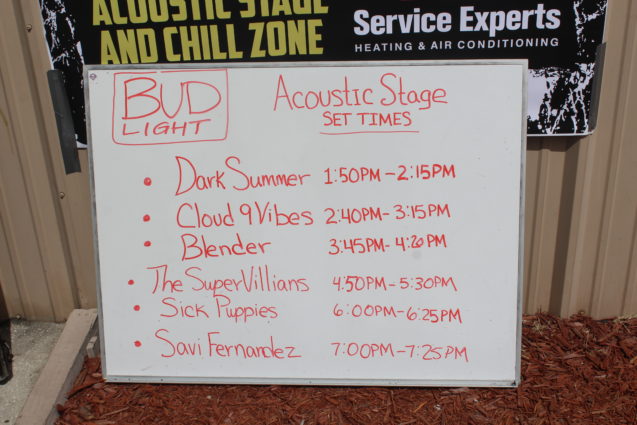 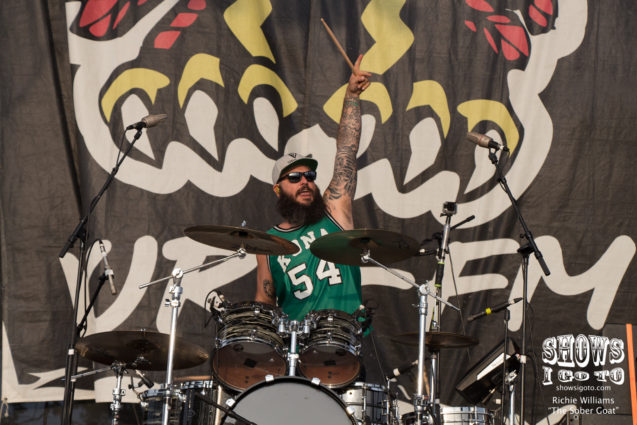 Sick Puppies put on another great stage show. I love the bassist Emma Anzai — always non-stop on stage and always beautiful. Dinosaur Pile-Up (UK) played a bit early which was a great set-up band for Sick Puppies. The lineup started to get heavy once Nonpoint hit the stage. The majority of the set promoted their latest album The Poison Red, but they snuck in an old hit “What A Day.” Candlebox played a short 5 song set with 3 of them coming off their most recent. Pepper put on a fun show with memorable songs including “Stone Love” and “Start You Up” and they did plenty of interacting with the crowd throughout the set. 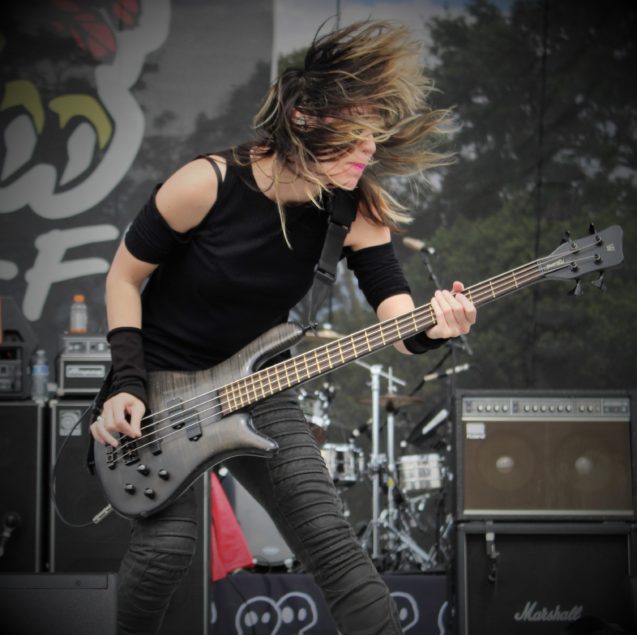 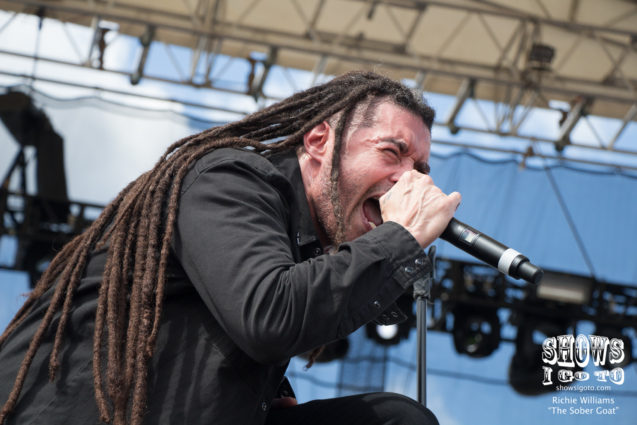 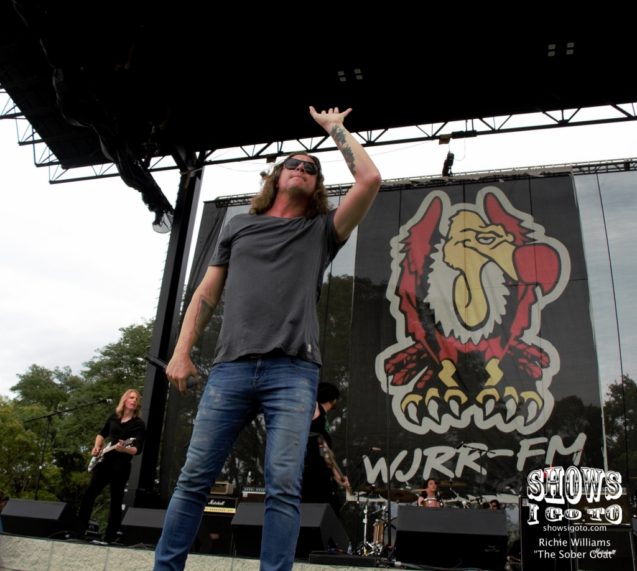 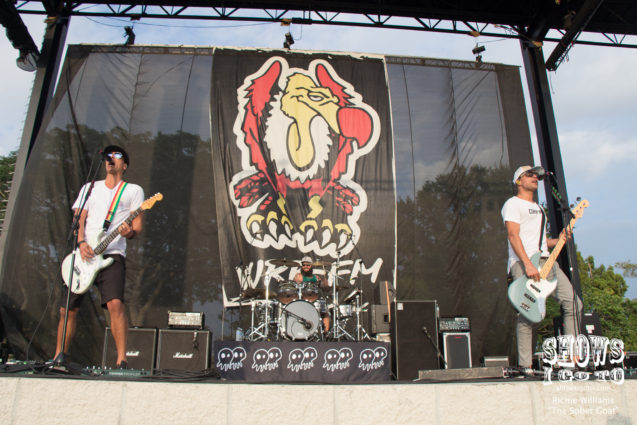 The highlight of the night was actually Sevendust. They had headlined EDBD before and consider Orlando their 2nd home. I can’t count how many times I have seen them, but this show felt special. Lajon teared up more than usual and they didn’t even perform “Angel’s Son.” They put on an awesome set, opening with “Pieces” and going heavy the whole set, slipping in “Bitch” off their self-titled album that just turned 20! 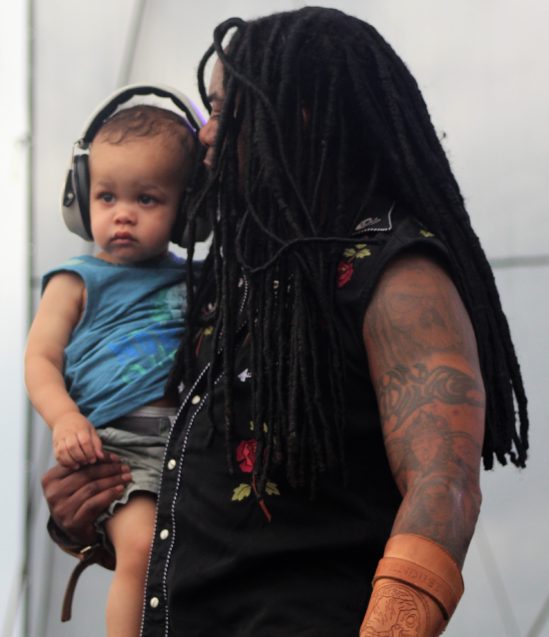 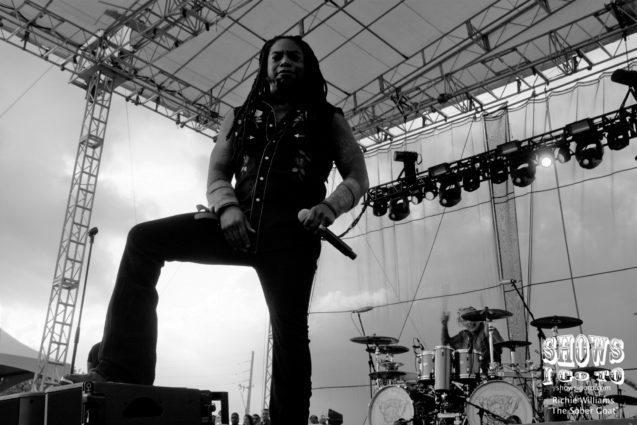 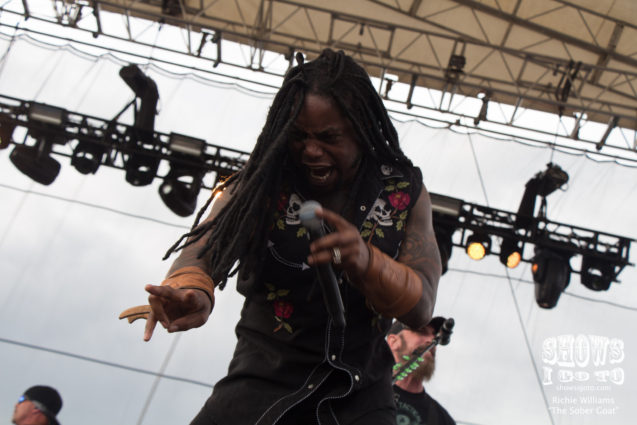 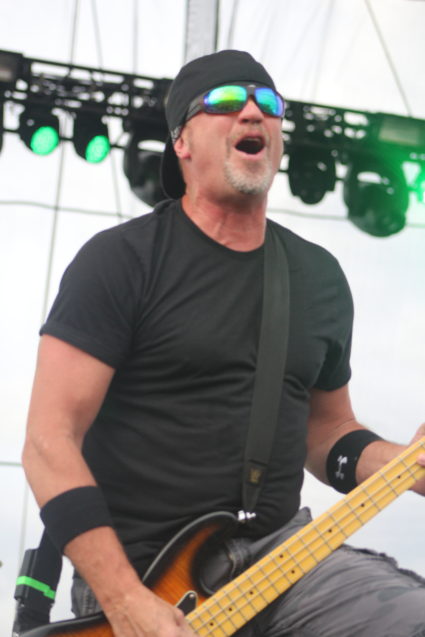 I’ve seen the next band Alter Bridge numerous times and this set at EDBD was definitely the best performance I’ve seen. They were very fluid and moving around. The selection of songs was perfect, including a decade’s worth of music opening with “Come to Life” and ending with “Rise Today.”  Lead singer and guitarist, Myles Kennedy, started to crack up laughing during one of the songs because he said he just saw Jesus crowd surfing! 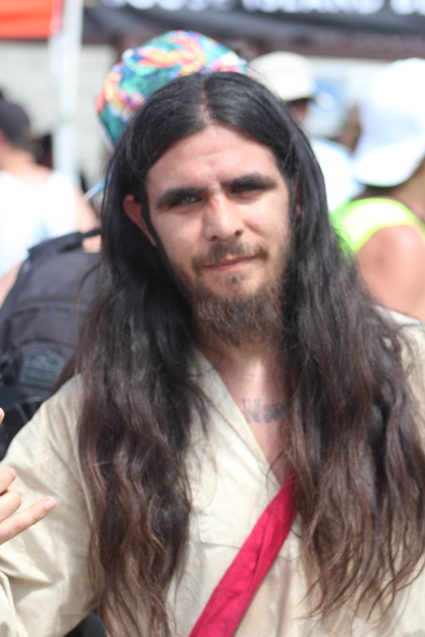 Sublime with Rome opened with “Date Rape” and put red in everyone’s eyes early playing “Smoke Two Joints” next. There was a blaze even before SwR hit the stage. Turns out that before they hit the stage, there was a fire backstage in one of the RV campers which delayed the set. I was coming from the back-stage area and saw a ton of fire rescue and smoke. They played a bunch of the 90’s hits and a few from their more recent Rome albums. 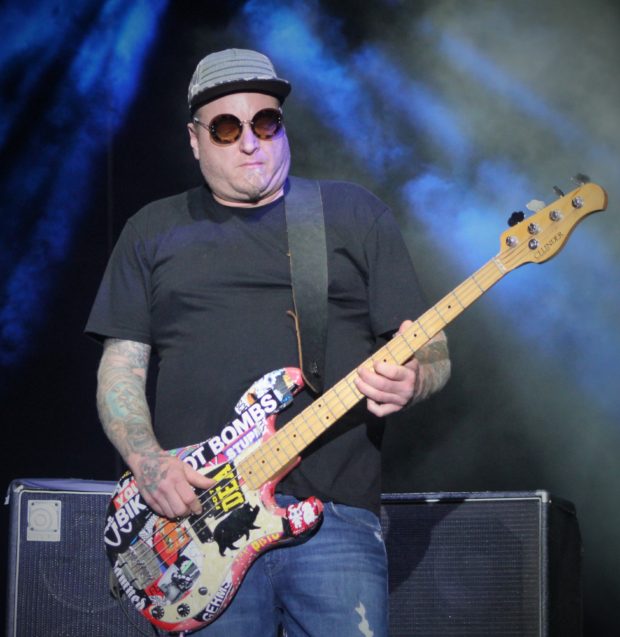 Sublime With Rome at Earthday Birthday 24 – Photo by AJ 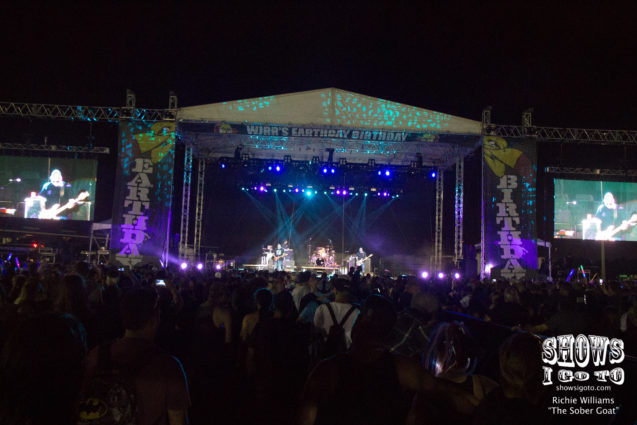 Sublime With Rome at Earthday Birthday 24 – Photo by Richie

It was another fun EDBD and can’t wait to see what WJRR will do next year. Thanks to all the hosts, especially LT! Keep on listening to the best radio station in Orlando 101.1 WJRR and till next time… always RocK!