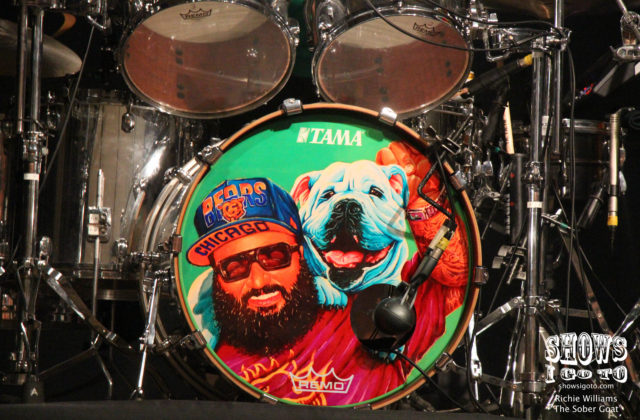 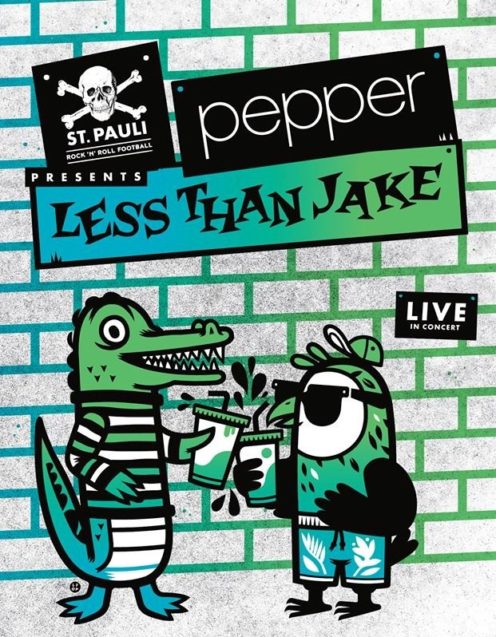 The show started in the early evening around 5:30pm with The Attack taking the stage first. The small crowd that had already made their way inside the venue were ready for some energetic music and they weren’t disappointed. Even though I’m from Orlando, I had never heard of The Attack before. However, I found out during their set that most of the guys are in a local band I had heard of before, The Spitvalves. Needless to say, they easily won me over as a fan. The Attack consists Brad Palkevich (Guitar), Charlie Bender (Vocals), Tito Esquiaqui (Drums), and Mikey Cortes (Bass). Their style of stripped-down punk rock coupled with fast riffs are what these guys are about. Their songs about social, music, and media-driven politics were well received, especially by the hardcore fans. Here’s the end of their last song, thanks to The Sober Goat’s Instagram.

Up next was The Bunny Gang. With a name like that and at a show like this, I didn’t know what to expect from these dudes. I saw some keyboards on stage, a good sign. The band walked out and there was a horn player, another good sign. From the first notes of the first song, I knew this was going to be a fun set. The Bunny Gang consists of Nathen Maxwell (Lead Vocals, Melodica, Guitar), Brad Stroz (Lead Guitar), Kyle Hernandez (Bass), Levi Garrett (Keys, Synthesizer), Keith Larsen (Trombone), and Nick Dolan (Drums). Their rocksteady reggae punk immediately got my head nodding. The crowd had gotten a little thicker by this time, and those on the floor in the pit were getting down and dancing all around. I quickly joined them for most of the set before moving to the back of the seats to take it all in. Here’s the end of their last song, thanks to The Sober Goat’s Instagram.

Up next were Florida’s own ska-punk veterans Less Than Jake who just recently released their new EP Sound The Alarm on Pure Noise Records. This is the band’s first record with Pure Noise and their first release since their 2013 album, See The Light. Less Than Jake consists of Chris DeMakes (Vocals, Guitar), Roger Lima (Vocals, Guitar, Bass), Vinnie Fiorello (Drums, Lyrics), Buddy Schaub (Trombone) and Peter “JR” Wasilewski (Saxophone).

Seeing as the band is from Gainesville only a short 75 miles away, this was practically a hometown stop on the tour, and the faithfuls were present in full force. The venue crowd had massively grown during setbreak as the remaining pregamers and tailgaters were finally in proper form the show. The floor was friendly and rowdy, and the pit was relentless when appropriate. At this point in the show, my recollection began to fade as I made several trips to the bar and bounced around the venue. Whilst on the floor, I do recall hearing “Call to Arms” which is the first track on the new album. Towards the end of the set, I remember singing along loudly with random strangers to “The Science of Selling Yourself Short.” Less Than Jake played a very long set, much to the satisfaction of many fans I mustered up conversations with, which can only be summed up as a punky ska party that left everyone with a dose of mellow introspection. I also somehow managed to not film any of Less Than Jake, or accidentally deleted it, or had to much fun an forgot to, or something. A rare mishap on my part. 🙁 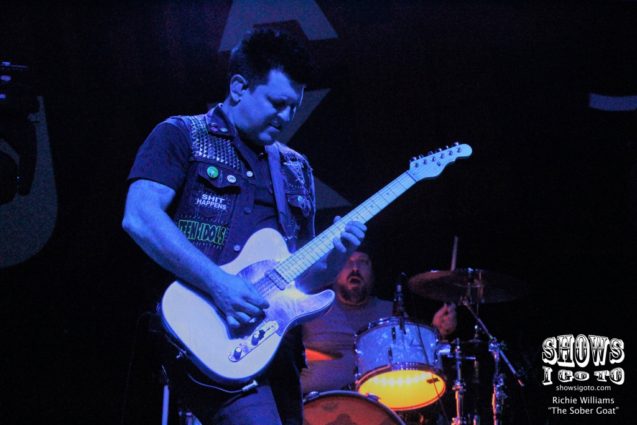 One last setbreak, and one last cocktail. As I made my way to the front of the stage to get in position to shoot Pepper, I reminisced on how I became a Pepper fanatic. I’ve been a faithful since I first saw them at the 2001 Warped Tour when they played on the one-foot tall Volcom stage. My friends and I were walking around the Central Florida Fairgrounds and heard some chill reggae which we immediately gravitated toward. There were maybe 15 to 20 people watching their set. We smoked with them after their set and bought some merch. I knew immediately that these dudes would become one of biggest reggae rock bands.

I’ve seen Pepper at least 20 times since and I watched their crowds grow more and more each year as they headlined larger and larger venues, like from The Social to The Beacham, for example. I also witnessed their evolution as a band and they show no signs of of letting up and keep striving to play quality music and entertaining shows. Pepper is currently celebrating 10 years of their album, No Shame. Pepper consists of Kaleo Wasman (Guitar/Vocals), Bret Bollinger (Bass/Vocals) and Yesod Williams (Drums/Vocals). 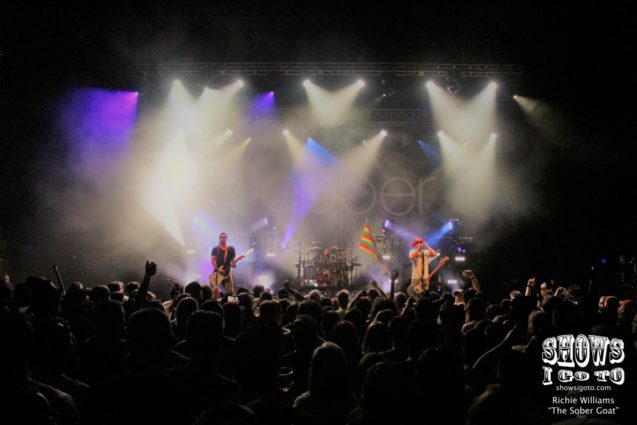 As a drummer myself, the first thing I noticed on stage was Yesod’s drums. My fellow Williams buddy has THE COOLEST kick drum head ever: a picture of him and his bulldog. I need to get one with me and my pitbull on it. His drums also dawned a sweet cannabis flag. 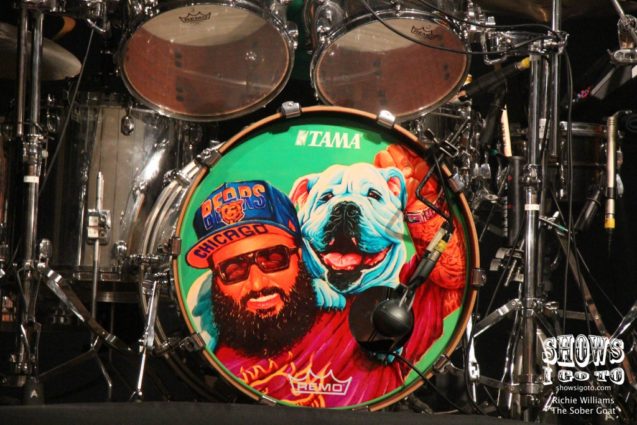 Pepper played played several songs from their 2002 sophomore album, Kona Town (my favorite album) including “Give It Up” (watch below thanks to The Sober Goat’s Instagram), “Sitting On The Curb” and arguably their most popular song, “Stone Love” which you can also watch below, thanks to YouTuber Michael Silver.

During the 1-1/2+ hour set, big singalongs came during the naughty “Point and Shoot” and the stoney “Stormtrooper” as well as the echoing encore whoa oh whoa oh whoa’s for “Ashes.” The band changes up the setlist every show, to whatever degree, in order to make sure each night has its own special vibe, striving to never phone it in or play the same set twice.

Check out their live Facebook stream of part of the show!

Check out the TOUR RECAP VIDEO!

Pepper returns to Florida next month to play WJRR’s Earthday Birthday at the very first place I saw them play back in 2001, the Central Florida Fairgrounds. WOO PARTY!!!