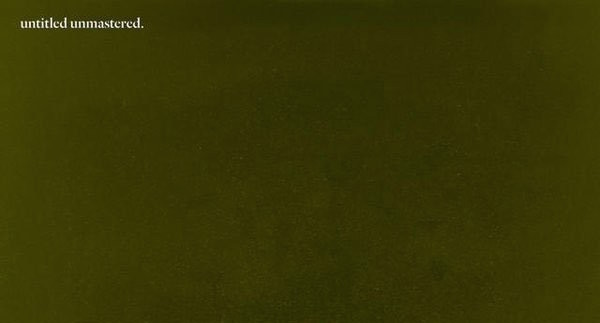 Music reviewers, critics, writers, whatever we call ourselves, we can do better. You may have read our opinions on sites like strummerrecordings.com or even in magazines but in all reality, there is only one person who can give adequate and fulfilling album reviews, the artist responsible for its creation. I’ve always found it comical and a bit pretentious for myself and other writers who use “expertise” to critique someone else’s blood, sweat and tears. Why can’t we just enjoy it, why must someone struggle to describe someone else’s art and be rewarded for it? Because after all “those who can’t do, teach,” or in this case, critique. Far too many times album reviews are comprised of track-by-track breakdowns in which author offers his often-inadequate words in an attempt to come off as knowledgeable.

A majority of the time (in my unwarranted opinion), the author ends up creating a far inferior piece than the one in review, and why? Artists spend months and years creating their work; I would estimate the average album review has 1-2 weeks of work behind it, if that. I may be wrong, but I think in this Internet-dominated age, the typical reviewer is in a rush to shit out a bad review before his/her contemporary does. This process has been practiced, established and carbon copied in blogs, magazines and other critiqued mediums for a long time. But what happens when you stumble across an album or a song that absolutely blows you away, you hasty, pretentious critics? When you are so impressed with an arrangement of words and tones that your own brain cannot produce adequate thoughts in order to even describe. Does this happen to you? Music critic or not, we’ve all been in awe of our favorite musician at least once. This is untitled unmastered. to me.

Instead of trying to provide an underwhelming description or an opinion of Kendrick Lamar’s untitled unmastered. I would like to take this opportunity to thank him, as we should have been from the beginning of his prowess. It seemed that at the inception of the Rock and Roll industry, along with the drugs and sex, came music with a proactive and sometimes revolutionary aura. Today — in a mega commercialized festival circuit/Billboard 100 dominated music industry — finding songs, let alone, entire albums, let alone, entire artist’s careers that stand for pushing the limits of music while encouraging moral and societal insurgency is as rare as it gets.

Fuckin’ up the system I ain’t fuckin’ with society
Justice ain’t free, therefore justice ain’t me
So I justify his name on obituary”

Kendrick is able to transcend music with every project, good kid, m.A.A.d city, To Pimp a Butterfly (not to mention his mixtapes). I feel like I’m listening to a book on tape, focusing only on Kendrick’s dictation and at times drowning out the carefully selected beats. The verses are empowering. The choruses not only catchy, but they coherently frame each song. And the features that Kendrick has sprinkled in including Cee-Lo, Bilal, SZA, Thundercat, Anna Wise, and Terrace Martin (to name a few) are absolutely more than appropriate. [Side Note: Dear Thundercat, the bass lines on all these beats are absolutely silly good, “Untitled 05?!” That shit is so crazy!]. I’ve sat here and tried to piece together words, overwrought opinions, but my language isn’t capable of doing this arrangement of poetry any justice. I always end up laughing, putting my head in my hands and uttering a similar phrase to “Holy shit!” The only way to experience any Kendrick Lamar song is to listen, intently, and over and over again.

So, to you and to all your dedication Mr. Lamar, thank you. Thank you for reigning true to your artistry. Thank you for pushing the limits of hip-hop and music as a whole. Thank you for creating not only inspiring music, but intellectual and modernly educational music.Thank you for showing a seemingly entitled generation that hard work and dedication to a craft can yield remarkable and moreover, life-changing results. Lastly, thank you for making an album of your demo tracks that somehow, yet indefinitely changed the way I think about political and popular culture in the modern United States.

Kendrick Lamar has established himself as an echelon of excellence in the music industry. untitled unmastered. is another notch in the belt of a remarkable and still flourishing career. It seems that he hasn’t missed yet, and everything he does is placed with poise and purpose. Kendrick Lamar stays creating honest art and making decisions that only advance his career closer to immortal status.