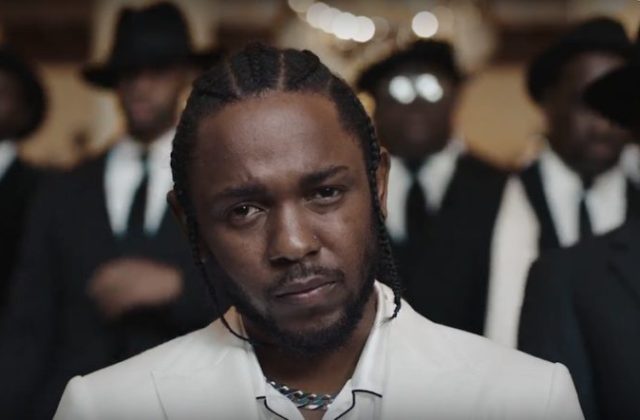 Here’s a rundown of some of the biggest hip hop news of the week, including Kendrick Lamar’s new tour and DMX headlining a major hip hop festival.

Kendrick is once again the hottest emcee in the game. His album sales and position are proving that. Now he’s capitalizing on two Coachella sets and will head out on the DAMN tour starting in July with fellow emcees Travis Scott and D.R.A.M. The tour will hit 17 cities, starting in Phoenix and ending in his hometown of Los Angeles. Here’s a link to all of the dates.

Still riding the massive wave of success 2016’s “OOOUUU”, M.A is capitalizing on her newfound fame with a seven-track project. Herstory is reportedly one of two EPs she will drop this year. The Brooklyn rapper’s shine doesn’t look like it’s going to stop any time soon.

Ross’ song “Trap Trap Trap” appears on his latest full-length album, Rather Me Than You. With Wale and Young Thug joining him, he brought down the house on Late Night With Jimmy Fallon earlier this week. Anyone thinking that Rozay was done musically has another thought coming.

BIG BOI GETS READY TO DROP HIS NEW ALBUM, BOOMIVERSE

In addition to a stellar and rare photo composed of Outkast and Run The Jewels, Big Boi revealed his new album, Boomiverse, is coming soon. This will be his first solo joint since 2012’s Vicious Lies and Dangerous Rumors and will feature guest spots by Gucci Mane, Organizaed Noize and Kurupt. He previewed the album at Electric Lady Studios in New York earlier this month. So even if an Outkast reunion isn’t in the works, at least we’ll get another hopefully dope set from Daddy Fattsaxx.

50 CENT SHARES THE TRAILER FOR THE FOURTH SEASON OF POWER

Power is easily one of the most popular shows on all of television, with a dedicated fan following, a dramatic story line and lots f star power. Now, 50 Cent has revealed that the show will return on June 25 for its fourth season. Get the popcorn popped and the DVR set up, people!

X has seen his share of ups and downs over the years. But now he’s set to headline one of the most respected hip-hop festivals this July at the Brooklyn Hip Hop Festival. He’ll actually co-headline with Yonkers legends The Lox. We’re sure it will be good to see X on stage again for all fans to see.

LIL DICKY GETTING HIS OWN TV SHOW