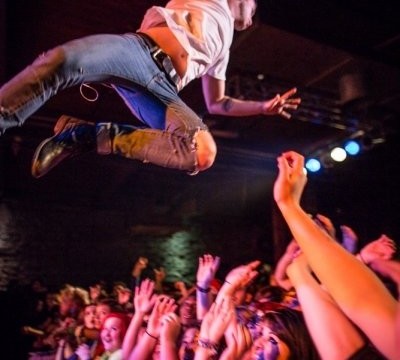 Post-Hardcore heavy hitters Ice Nine Kills stopped in Atlanta, Georgia as part of the New Kings Tour with Attila. One of the most energetic and crowd pleasing bands I’ve seen in awhile. I highly suggest picking up their album The Predator Becomes The Prey on iTunes or anywhere else that sells music or catching them when they stop in your area.