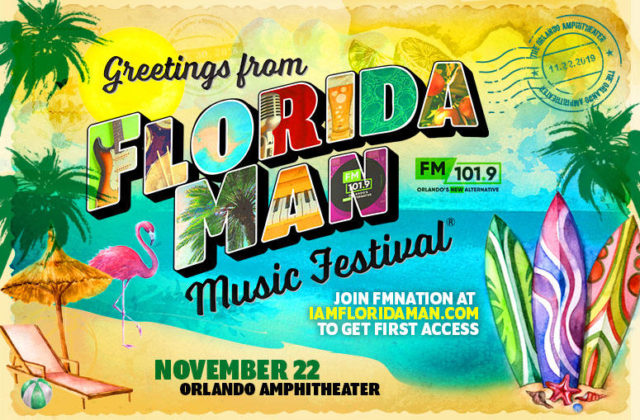 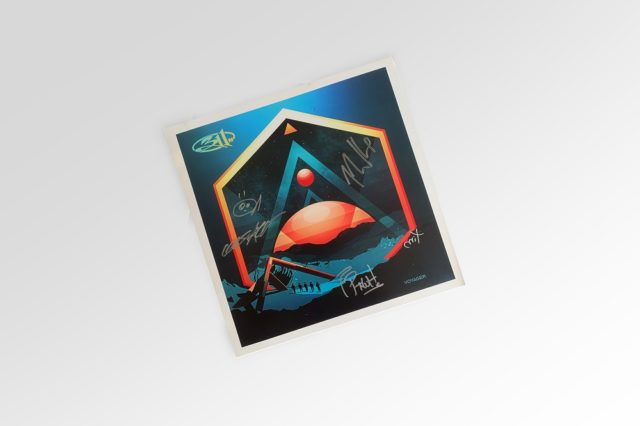 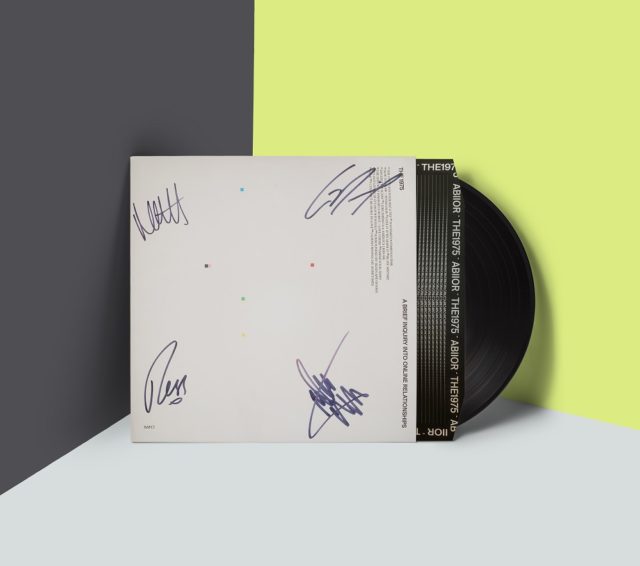 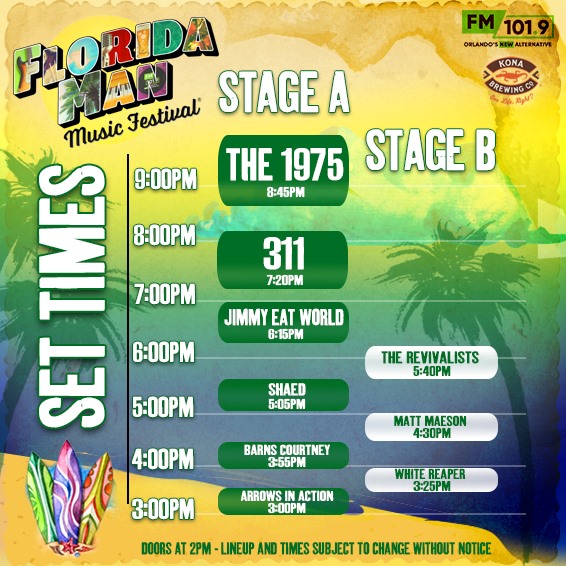 Last year the lineup was much thicker. I wonder if there will be a second wave of artists? One thing we didn’t like about last year was the 25 min set times. Maybe fewer artists give them more time to shred the stage. Let’s take a look at the 2019 Florida Man Music Festival Lineup and listen to some of the artists! 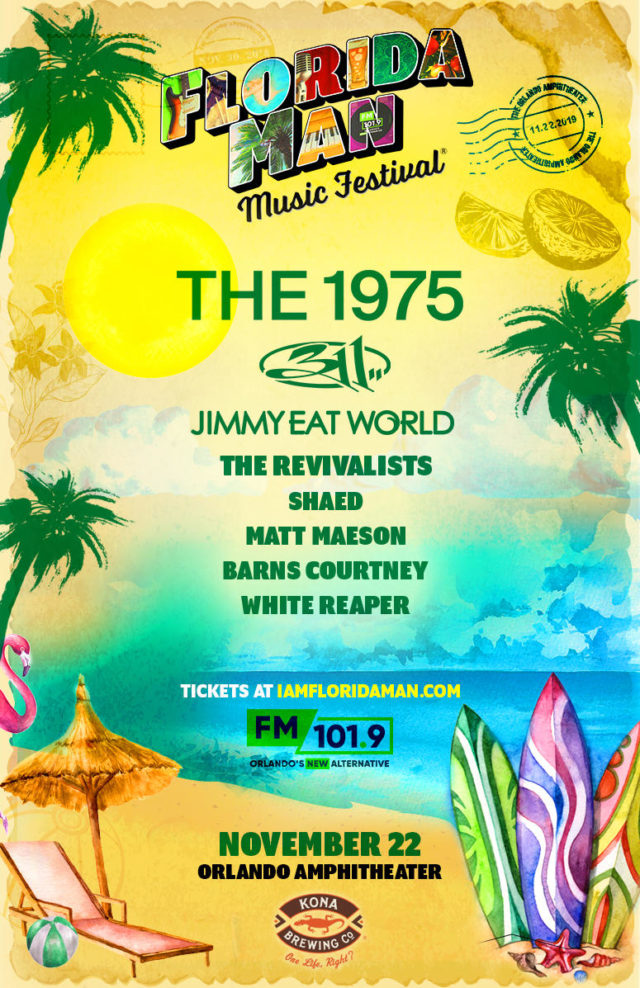 A leading sound when it comes to indie pop and rock, The 1975 hail from Wilmslow, Cheshire in England.  Formed in 2002 while in high school, this rockin’ four-piece is a hell of a good time.  Make sure you hit this set for big songs like “Somebody Else,” “It’s Not Living (If It’s Not With You),” and their newest single, “People.”

These guys have been at it since 1988 and aren’t slowing down at all!  Beautifully mixing rap, rock and reggae these guys have sold over 8.5 million records in the US alone.  Trust us when we say that the color of your energy at this set is “Amber.”  Multi-platinum albums and success with nearly every turn means you can get “All Mixed Up” at this set and be a “Beautiful Disaster.”

A mid-nineties emo rock band that has stood the test of time.  Get stuck in “The Middle” with this killer four-piece.  They are currently touring to promote their October 2019 release, Surviving.  Come for the new stuff and stay to hear all your old favorites!  This set will definitely be “The Sweetness.”

A rock and soul group formed in 2007 in New Orleans, LA.  Earning huge praise from Rolling Stone in 2015 as a “band you need to know,” The Revivalists have seen huge success for their work including the ’15 album, Men Amongst Mountains.  They also reached number one on Billboards Alternative Rock Songs chart with “Wish You Were Here.”  Trust us, be here.  Or else, you’ll wish you were.

Barns Courtney (not to be confused with Courtney Barnett) is bringing a bluesy folk fire dance party to central Florida. Check it —

You know how your parents used to keep you from listening to certain types of music so you started a heavy metal or punk band? This is the opposite of that. Matt Maeson’s parents played in Heavy Metal bands and he plays a unique brand of Country-ish Indie influenced by the OG legends — Johnny Cash, Jeff Buckley, & Kurt Cobain.

One of the biggest electro-pop songs to breach the airwaves in 2019 has been Shaed (pronounced “shade) “Trampoline.” Have a listen, you’re like already heard this something through speakers in a store.

Might be most excited about White Reaper. “Judy French” hit my ears just over two years ago and sounds perfect for November weather in Florida, drinking a Kona Big Wave.

General Admission tickets are $45 plus tax and service fees

A limited number of VIP packages will be available.