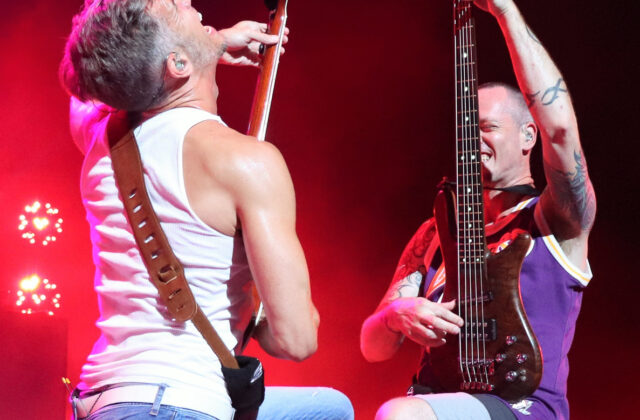 Fresh off the release of their 13th studio album, Voyager — two years in the making — 311 kindly makes stops at the MidFlorida Credit Union Amphitheatre in Tampa and Daily’s Place in Jacksonville. The new album, Voyager, was released on July 12, 2019 and is filled with 13 new explorations into the depths of our musical universe. On August 3rd, more than 13,000 excitable ones pack the Tampa venue which is the largest show on the entire tour.

Opening up the show is Dreamers. I’ve never heard of this New York pop-rock trio. I catch the last half of their set and while their style is not my preferred cup of tea, they do a decent job at warming up the crowd. The anticipation quickly builds for what’s next on the menu after their set ends as the growing mass of fans gets thicker and thicker.

Dirty Heads take the stage with fire out of the gates — “Burn Slow” — wasting no time setting the tone for the rest of the evening. Flashes of lighters and olfactory-worthy smoke quickly fill the massive atmosphere. Appropriately enough, “Franco Eyes” follows (nod to James Franco, a la Pineapple Express). The seasonal anthem “My Sweet Summer” comes next, providing a reminiscent vibes as as we all look back on the past two months and look forward to enjoying the remaining sweet summer before its gone. 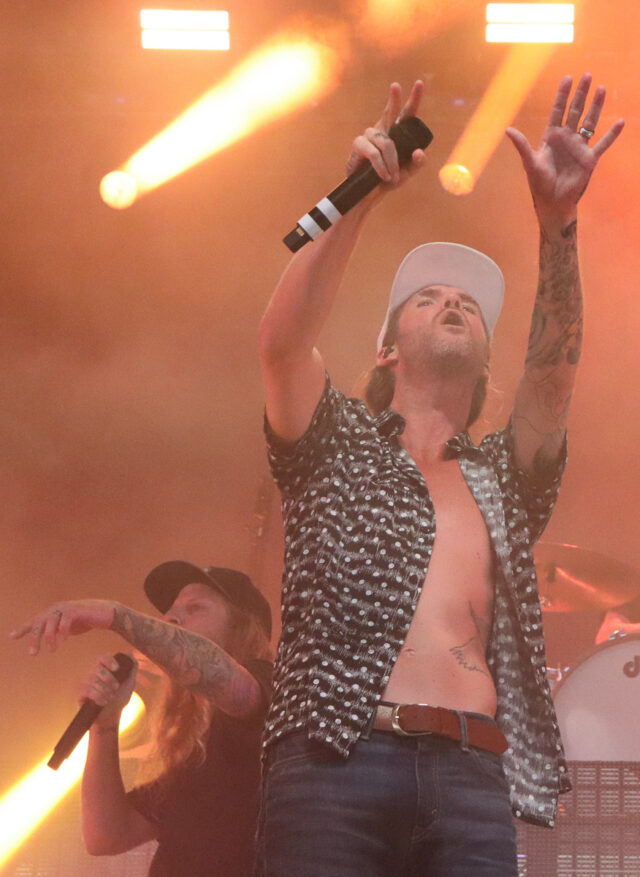 The stage setup for Dirty Heads features three LED platforms that prominently display Matt Ochoa (drums) in the middle, Jon Olazabal (percussion) to the left and Shawn Hagood (keyboards) to the right, while David Floral (bass/keyboards) holds down stage-level right. Throughout the show, co-vocalists Jared “Dirty J” Watson and Dustin “Duddy B” Bushnell strut all over the stage — front, back, side to side — hyping up the crowd in all directions. 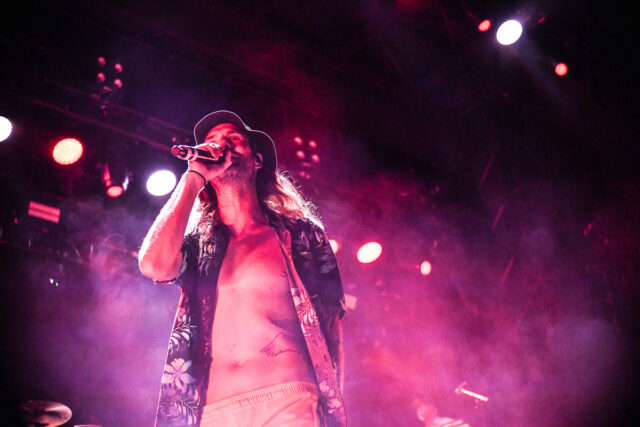 No one does So-Cal hip-hop reggae like Dirty Heads. I’ve seen them several times, first time being at 311’s Pow Wow Festival back in 2011 at Spirit of Suwannee Music Park in Live Oak, Florida (bring back the Pow Wow!). I’ve seen them cultivate a massive following that knows how to party at their shows. I’m not the biggest Dirty Heads fan, but I sure do enjoy and appreciate what they do, and their shows are always a fun, wild time. 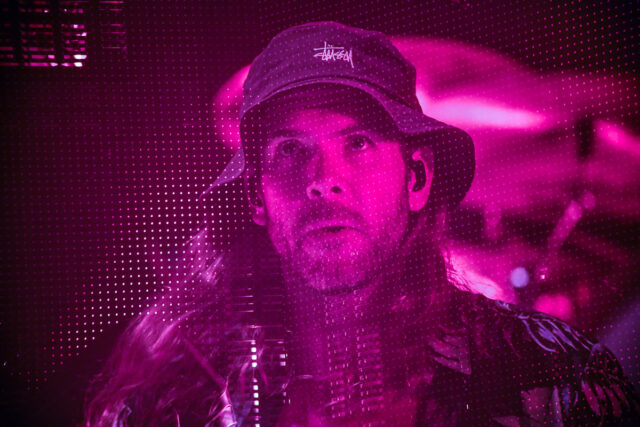 The middle of the set includes the beachy “Cabin By The Sea,” the electronic “Medusa” and their breakthrough single “Lay Me Down.” They close with “Vacation” to bring home the summertime feels. With heads nodding and hands waving constantly, it’s readily apparent that people f*cking love Dirty Heads. They might have just stolen the show …

After a short twenty minutes to reconfigure the stage setup, the lights dim and the literal countdown begins. The huge LED screen at the back of the stage behind the drum kit shows Earth among a sea of stars and is displayed as if we are logged into a spaceship control panel. The screen has a 15-minute countdown. Every few minutes, a 311 lyric or reference pops up for a quick exposure. Naturally, the crowd cheers as the countdown ticks past the 3:11 mark. The countdown hits zero, the screen goes dark and 311 slowly stroll onto the stage like they own place, which of course, they do. 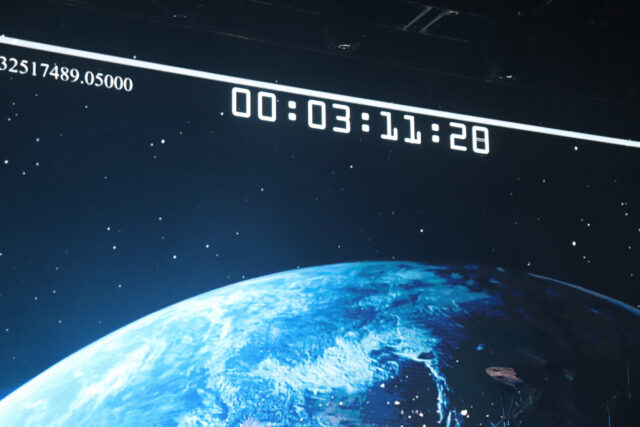 A classic guitar riff emanates from the speakers, created by the one and only Tim Mahoney (lead guitar) who starts shaking his head and doesn’t stop until the show is over. The first three songs feature tracks from the second, third, and fourth albums, in that order, showcasing a diverse evolution of their early sound — “Homebrew” (Grassroots), “All Mixed Up (311 self-titled blue album), and “Beautiful Disaster” (Transistor). Doug “SA” Martinez (vocals/samples) is already completely drenched in sweat, per usual, and is dazzling us his with his signature robot dance moves. Nick Hexum (vocals/guitar) and Aaron “P-Nut” Wills (bass) look sharp and ready and to kill. 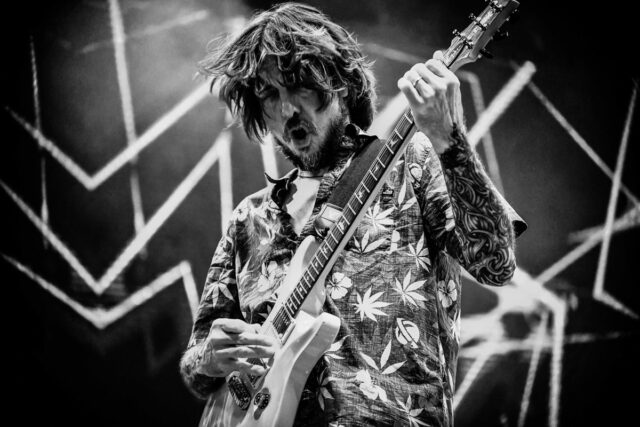 Next up is “What The?!” which is the seventh track on the new album. Three more new songs are peppered throughout — “Stainless,” “Good Feeling,” and “Don’t You Worry.” A little after the halfway point of the 16-song 75-minute set, 311 takes us old school fans back to Grassroots with “Applied Science” which we all know features drummer Chad Sexton showing off his drum solo skills in the middle of the song. The solo has matured to an amazing staple of every show as Chad always comes up with new beats to play. The solo is highlighted with the other members of the band eventually joining in on their own floor toms for a spectacular drum chant performance leading back into the song. A double-header of the somber “Beyond The Grey Sky” and the happy slam-dance tune “Don’t Stay Home” nicely fill the gap mid set. 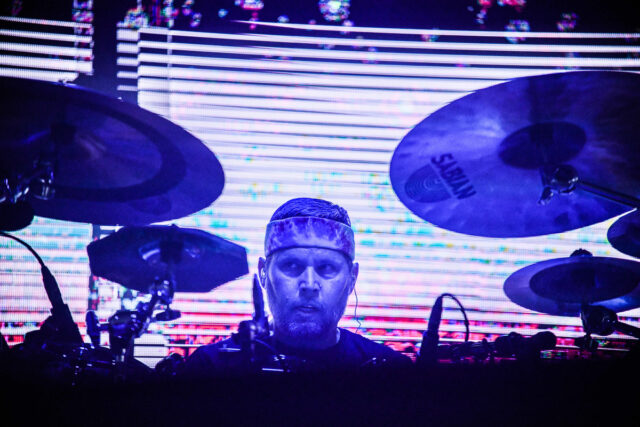 The beginning of the end starts with a tasty sandwiching of the love song “Amber” spread between the high-energy “You Wouldn’t Believe” and “Creatures (For a While).” I take the opportunity to have a quick sit in my seat during “Amber.” My sit lasts a whole ten seconds before I feel a tap on my shoulder from a girl in the row behind me. This lovely lady whose name eludes my hazy memory (pretty sure her name started with a “C”?) asks me why am I sitting. I reply, “This is my sit down song tonight.” She retorts, “Why?!” I come back with, “I don’t know, it’s a love song for couples, I’m gonna sit this one out.” She proceeds to check me, something to the effect of “No no no, get up. It doesn’t matter what the song is about or what connotations you associate to it. Whatever happened in the past is done and the future is yours to decide. Now get up and keep getting down like you have been, you love this band.” She totally got me. I stand up, smile, and we dance along to the color of her energy. 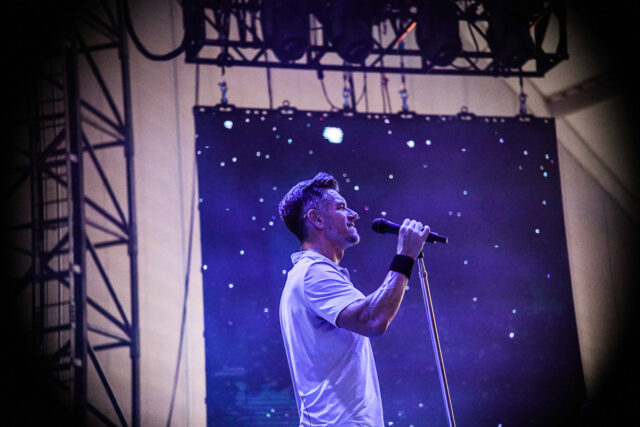 With time remaining for just one more song, Hexum ventures off stage for a quick moment and returns shirtless. With no hesitation, I turn to Mitch and say “Down” which is the song that broke them into the mainstream back in 1995 and is when I got hooked for life. As always, Hexum dedicates the song to all the old school 311 fans. After sending me down memory lane, Hexum says his show-ending message (a quote from Transistor’s “Jupiter”): “Y’all stay positive, love your life.”

“We’ve changed a lot and then some some,
Know that we have always been down down,
And if I ever didn’t thank you you,
Then just let me do it now.”

Check out my highlight video of the show, courtesy of The Sober Goat. Please subscribe!