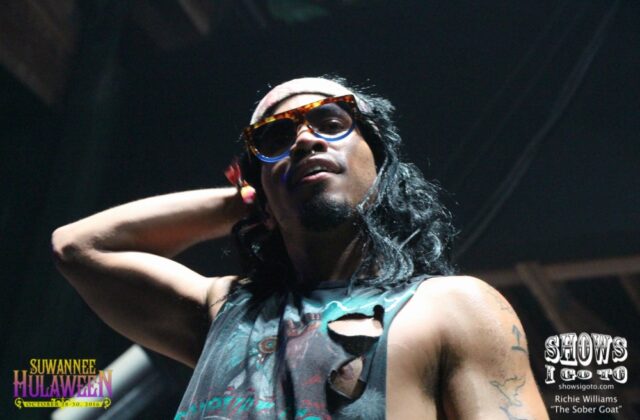 Hungry For Hulaween? Exploring Suwannee Hulaween 2019 | A Comprehensive Look at the Phase 1 Lineup 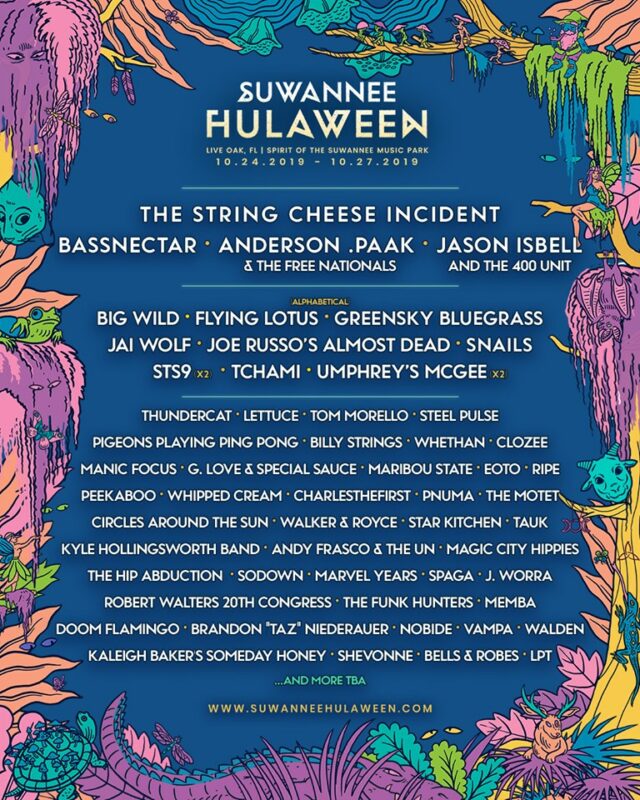 The String Cheese Incident — Assembled in 1993 in Colorado, this 6-piece force is the nations premiere progressive bluegrass jam band.  Every show is a spectacle with top-notch lights, performers and special guests.  Prepare yourself for 7 stellar “incidents,” including one theme set at Hulaween this year!

Bassnectar — DJ Lorin Ashton became ‘Bassnectar’ in 2002 and has been climbing to to top of festival lineups ever since.  Now headlining wherever he appears, this polarizing DJ/producer hypes his loyal fans with extreme bass, dub-step, and breakbeats with hip-hop flare.  Bassnectar has 10 studio albums under his belt and is now hosting his own festival: Deja Voom.  Although his fans tend to get a bad rap, they were without conflict during his last visit to the sacred lands of the Spirit of Suwannee.  Bring your positive vibes for this electrifying set!

Anderson .Paak & The Free Nationals — Singer, songwriter, rapper, multi-instrumentalist are all great words to describe this 33 year old phenom.  Hailing from Oxnard, California, .Paak released his debut album in 2012 called O.B.E. Vol. 1.  Now an extremely popular artist, .Paak has championed the neo-soul sound movement in addition to his hip-hop, R&B, funk, and jazz offerings.  Anderson recently released a solo album titled Ventura in addition to his viral collaboration, Yes Lawd!, in 2016 with L.A. producer Knxwledge as NxWorries. And we think he had one of the best NPR Tiny Desk performances ever.

Jason Isbell & The 400 Unit — A former member of the Drive-by Truckers from 2001-2007, guitarist Jason Isbell has won four Grammys. His latest winning  in 2018 for Best Americana Album, The Nashville Sound.  After leaving the Truckers, Isbell released his first solo album in 2007, titled Sirens of the Ditch.  In 2009, Isbell joined the 400 Unit to release his second solo album, self-titled Jason Isbell and The 400 Unit.  Americana, Alternative Country, and Southern Rock are all on the menu for Isbell’s tasty Hulaween set.

Flying Lotus — No doubt he will be spinning his new album, Flamagra, which features huge artists like Anderson .Paak, George Clinton, and Little Dragon.  Founder of the record label Brainfeeder, FlyLo hails from L.A.  Check out “Black Balloons Reprise” featuring Denzel Curry on this brand new shit.  I can best describe his sound as dramatic Psy-Trance music with both Hip-Hop beats and lyrics, although it really is a changing work of art from song to song.  Visit this set and expannnnnnnnnnnnnnnd your horizonsssss.

Greensky Bluegrass — These bluegrass mavericks from Kalamazoo, MI have figured out how to blend the culture and sound of stomp-and-strings bluegrass with a rock-n-roll, break-the-rules attitude.  They have 10 offerings for their fans and committed to making music for a very long time to come.

Jai Wolf — New York’s Sajeeb Saha (Jai Wolf) released his 2019 album, The Cure To Lonliness in April. His Indie Chill-Step has fans falling in love with his vibes like hit song, Indian Summer.

Tom Morello — Guitarist from the massive rock band, Rage Against The Machine. Get ready for the wildest guitar sounds to ever pierce your ears.

Sound Tribe Sector Nine — After 11 albums (2 remixed) this six piece Live’tronica band from Georgia is a hell of a good time.   Constantly pushing the boundaries of electronic music, STS9 will help this festival to “Get Loud,” and make the “World Go Round (live).”

Tchami — Martin Joseph Léonard Bresso (France) is a DJ/producer of Bass centered House music.  He has an undeniable European flare causing his blazing fast rise to the top.  Recently CRUSHING at Ultra 2019, Tchami is the future of the ever-changing sound of EDM.

Doom Flamingo — Take it from Matthew Wright, who saw them in Denver a earlier this year: “I have to fully admit that my preconceived notions of this Umphrey’s McGee side project were entirely wrong. Let’s set the record straight — this is NOT a side project. It’s a different band altogether. It is its own machine and a sexy one at that. It stands on its own. It’s got one (pink) foot planted deeply in the sexy sands of an 80’s beach while looking omnisciently into our present times.”

Umphrey’s McGee — A Progressive Rock band at its core, Umph has been rocking the festival jam scene for 20-plus years.  Fans are encouraged to wear sunglasses and sunscreen to this FACE MELTING set.  In addition, this might be your last chance to catch Lighting Director Jefferson Waful behind the controls creating his lush lighting landscapes. 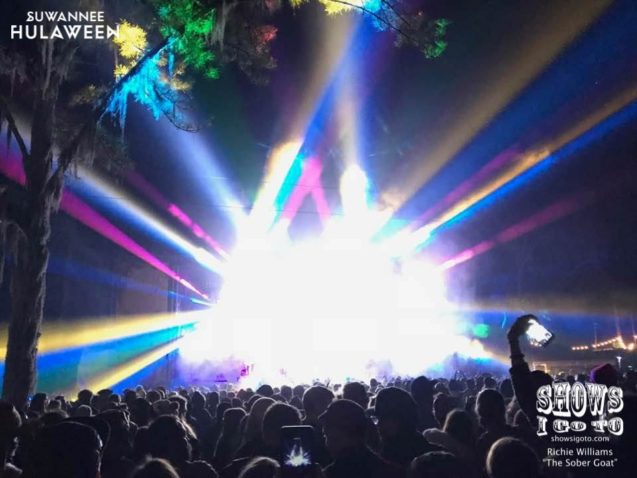 The best of the rest include:

Billy Strings — (Bluegrass/Jam) Up and coming Bluegrass star from Lansing, MI.  Check him out now while the crowds are small, this guy is headed to the top!!

Circles Around The Sun — (Jam) Neal Casal of Chris Robinson Brotherhood leads his new project on a voyage to dominate every festival they play! Only formed to play set break of the Grateful Dead’s 50th; they had such a connection they couldn’t stop there!  Check out their exploratory music at Suwannee Hulaween 2019!

Whethan — Only 20 years old and maybe the fastest rising star on the poster.  Ethan Snoreck from Chicago had his first break with a remix of the track “XE3” by Mssingno in 2016.  Indie/Funk/Pop EDM is the name of the game with Wethan.

Kaleigh Baker’s Someday Honey — The voice to heal your soul. If you’ve ever experienced Kaleigh Baker, you know. If you don’t know, you will find out, you simply do not miss Kaleigh Baker.

We’re looking forward to phase 2. Even though there won’t be any “headliners” or “stage closers,” I’m sure we’ll have some wonderful surprise additions. Plus, Thursday night lineup and Silent Disco!

Phase two will be smaller. A few more killer mid tier acts, the local and regional acts, the silent disco… and maybe the details of the Halloween Incident. All headliners and stage closers have been announced already. https://t.co/UJwFioFH2s