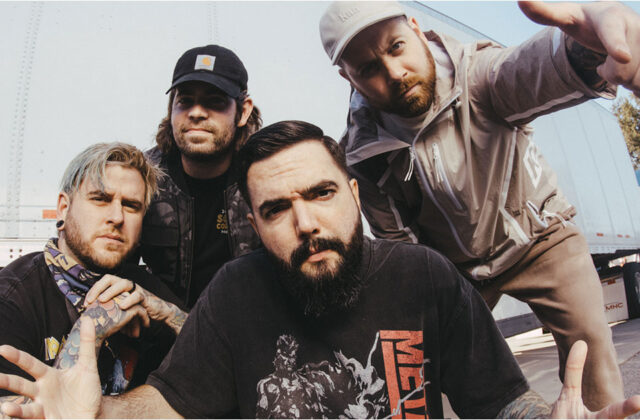 A Day to Remember is “slowing it down” for their Fall 2022 US Tour with support from Wage War. The “Reassembled: Acoustic Theater Tour” will see the band performing a career-spanning acoustic set each night in some of the most renowned theater venues across the country. They’ll be adding a few members and instruments for this intimate evening (peep here). Catch them for a very special date at the Dr. Philips Center in Orlando, FL on December 19th! GET TICKETS HERE! A Day To Remember Tickets Orlando 2022

Since their formation in 2003 (Ocala, FL), A Day To Remember quietly emerged as arguably the biggest underground band in the world. The Florida group affirmed this status by achieving one platinum album, one gold album, one platinum single, and four gold singles. Not to mention, each full-length record ascended to #1 on the Billboard Rock, Indie, and/or Alternative Charts with 2016’s Bad Vibrations bowing at #2 on the Billboard Top 200. They’ve put up unprecedented numbers for a rock act in the 21st century, generating 850 million Spotify streams, 500 million YouTube views, and sales of three million-plus units. They’ve also packed arenas on continental tours and attracted a worldwide audience consisting of millions. Additionally, A Day To Remember successfully launched their own Self Help Festival in 2014, which continues going strong. Plus, everyone from Marshmello to Pierce The Veil has sought them out for collaborations. All of which explains why Rolling Stone called them “An Artist You Need To Know.”

Earlier this summer A Day Tor Remember returned with a brand new single entitled “Miracle,” which is accompanied by a cinematic and emotionally charged music video streaming on the band’s official YouTube channel. The song marks the band’s first new music since their critically acclaimed 2021 album, You’re Welcome and recently entered the Top 25 at the Active Rock radio format. The band also reignited their single “Re-Entry” with a new version featuring Mark Hoppus of Blink-182. Consequence of Sound noted, “Having Hoppus on the track is a perfect fit, since Blink-182 was a significant inspiration for the song.” It also received plugs from NME, Rock Sound, and more.

Through an unwavering dedication to progression, Wage War sharpen their patented hybrid of heavy pit-starting technicality and hummable hypnotic melodies with each subsequent evolution. Look no further than the aptly titled third full-length from the Florida quintet, Pressure. The band—Briton Bond [lead vocals], Cody Quistad [rhythm guitar, clean vocals], Seth Blake [lead guitar], Chris Gaylord [bass], and Stephen Kluesener [drums]—drove themselves to fully realize their ambition by pushing harder. Meanwhile, they toured alongside everyone from I Prevail and Of Mice & Men to Parkway Drive and A Day To Remember, logging countless miles on the road.

Don’t miss this very special date with ADTR at the Dr. Philips Center in Orlando, FL on December 19th! While we do not have any giveaway tickets to this show, we do have a pair for their South FL show! Head to our South Florida site to enter.